At Large,Top Story Benjamin Disraeli,Boris Johnson,Brexit,Britain,European Union,Innovation,Trade,United Kingdom Brexit Cries Out for Radical Toryism - The American Spectator | USA News and Politics
Menu
At Large
Brexit Cries Out for Radical Toryism
If Boris succeeds, he could usher in a new “Roaring Twenties,” with a touch of Disraeli.
by Stephen MacLean
Boris Johnson in August 2019 (Frederic Legrand — COMEO/Shutterstock.com) 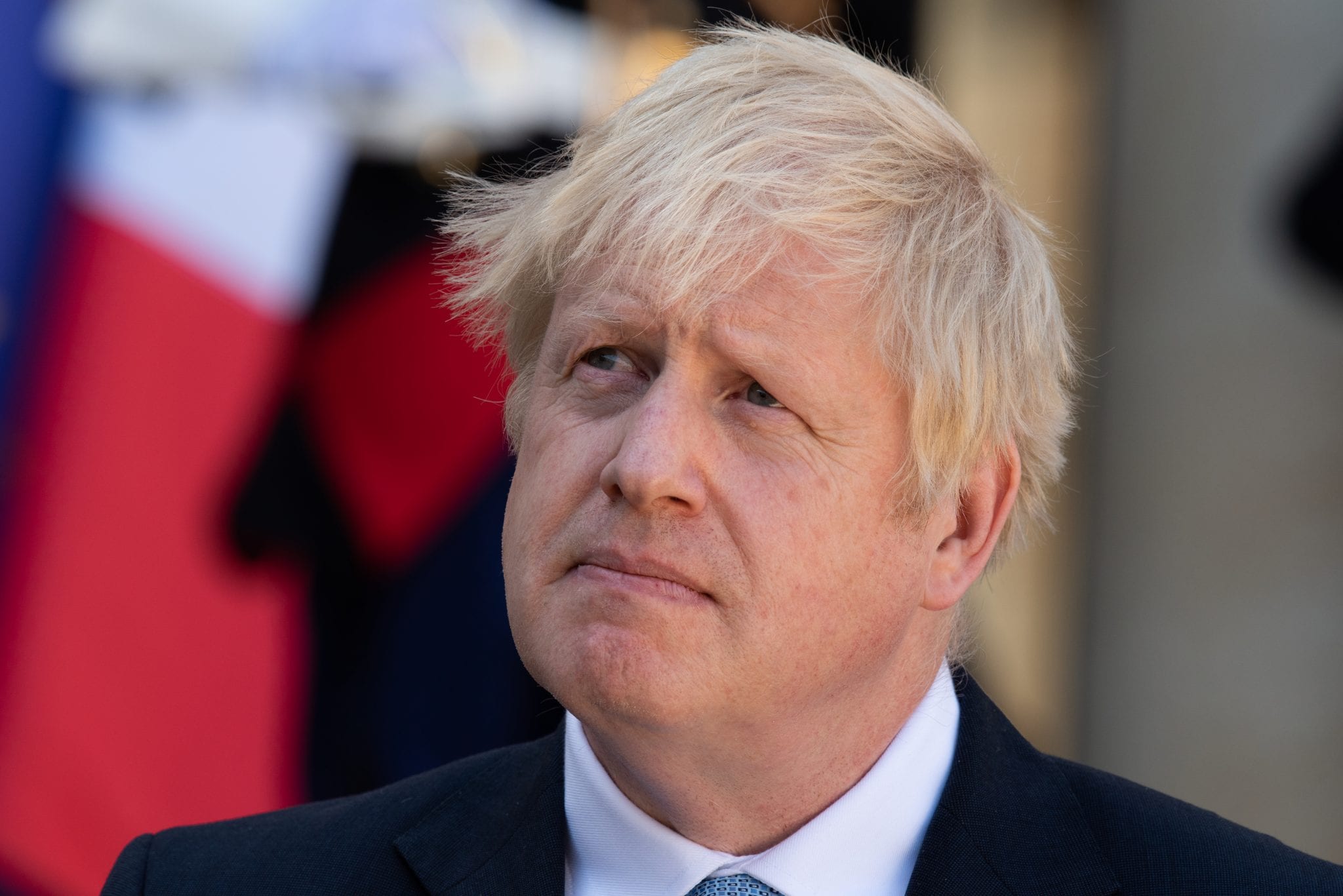 The year 2020 is only just begun and already there are expectations of repeating the promise of the early 1920s, an era of peace and prosperity early in the decade. Nowhere is this enthusiasm more evident than in the United Kingdom.

Last year ended with the Conservatives forming a majority government and Prime Minister Boris Johnson vowing that, with the power of the people behind him, he would take the country out of the European Union by the end of January. Further, he would negotiate a mutually beneficial trade deal with the Continent by the end of the year.

Failing to reach such a deal, Johnson is committed to making a “clean-break” Brexit and refocusing efforts on global bilateral trade deals. President Trump announced that his administration is eager to complete such a deal, with Commonwealth countries such as Canada and Australia anxious to follow suit.

Such, in part, are the Conservative government’s foreign objectives. What of its domestic agenda? Is Brexit only about Britain’s independence from the suzerainty of the European Union? What about independence for Britons at home? The late Sir Roger Scuton recognized the obstacles to leaving the comforts of the EU, but also the untapped possibilities that lay ahead. “It will be difficult, almost as difficult as our future inside the EU,” Sir Roger admitted. “But if we can unite and face our new condition with courage, we can renew our nation and its standing in the world.”

The United Kingdom not only has to contend (at least for the time being) with the jurisdiction-usurping European Court of Justice. It must also contend against its own Supreme Court. Self-deluded as the British version of the U.S. Supreme Court with its constitutional right to cast into oblivion American laws it deems ultra vires, the British justices have followed suit. The most infamous example was to “nullify” the Queen’s prorogation of Parliament in September, which the justices, in their “clairvoyant” wisdom, ruled was based on improper advice from the prime minister. Johnson countered, reasonably, the prorogation was needed to prepare for a new session and not, as Remainer adversaries alleged, to derail their attempts to derail Brexit.

Such “uncoupling” of power from unaccountable power elites is only the tip of the iceberg. Let us hope that Johnson has the courage of his conservative convictions. Yet decentralization in the economic sphere is, without doubt, where the promise of Brexit can be immediately set in motion. U.S. economist Murray Rothbard knew what a hurdle that would be, for anyone. Writing in the 1990s of America’s potential to role back the state and return responsibility to the people, Rothbard proclaimed that “nothing less than a counterrevolution is needed to take the country back.” What is essential, therefore, is “not a ‘conservative,’ but a radical right.” To wit: “We want to uproot the status quo, not conserve it.”

Uprooting the status quo is the essence of Brexit. It is why the establishment, whether Brussels bureaucrats, Continental leaders, or Britain’s own version of the “deep state” that dwell in Whitehall — fear, abhor, and vilify Brexit.

Boris Johnson may be Brexit’s paladin, but to whom can he turn for inspiration? “Benjamin Disraeli,” historian David Starkey answers emphatically. Starkey sees the Victorian premier as the indispensable model to emulate as Britain enters the second decade of the 21st century. And who more resembles the legendary Dizzy — author, politician, and bon vivant — than Boris?

Disraeli’s premiership revolved around two poles: patriotism and paternalism. Love of England and her Empire characterized the first attribute; uniting the laboring classes with an aristocratic class imbued with noblesse oblige against cosmopolitan “Liberals,” the second.

Johnson’s ministry is clearly enjoying a neo-Disraelian moment. Fulfilling Brexit and restoring self-government to Britain answers the call to patriotism, but paternalism is certainly frowned upon in contemporary society. Government has largely filled the role of (and crowded out) charitable activities, but that runs counter to the spirit of Brexit — simply replacing domestic for foreign intervention (as Margaret Thatcher warned).

Lowering taxes is one area in which Britons would benefit both personally and professionally, freeing up funding for capital formation. Less regulation is another sphere in which Britons would gain, as well as in the “rationalization” of red tape: first, reforming regulations to serve a clear public purpose and not instituted to placate mandarins in Brussels or Westminster; second, removing regulations whose sole purpose is to protect “crony capitalists” from the rigors of competing with domestic startups or foreign companies that offer consumers lower costs, better goods and services, or innovative new products.

Early in his political career, Disraeli boasted from the campaign stump, “I am a Conservative to preserve all that is good in our constitution, a Radical to remove all that is bad.” Boris Johnson must rise to the occasion. To succeed, Brexit cries out for a radical Tory.

Stephen MacLean, a freelancer based in Nova Scotia, writes the Brexit Diary for the New York Sun.
Print