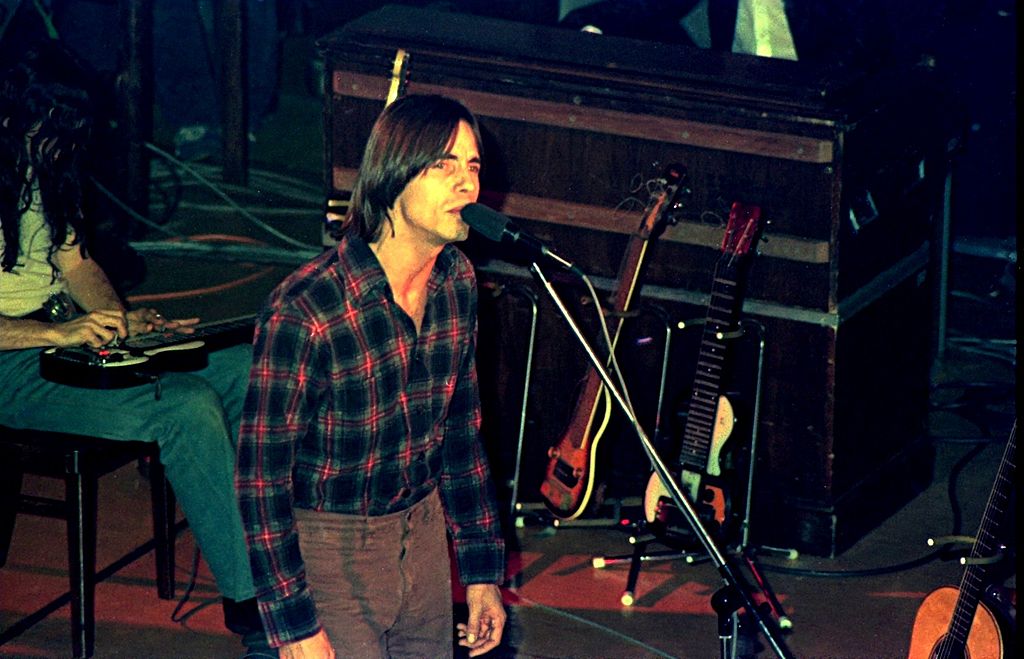 A year spinning vinyl records when I was a disc jockey in college won’t let me take Pope Francis seriously, because Michael Jackson, Lionel Richie, and Jackson Browne were more coherent in two songs than the new papal encyclical letter can manage in 43,000 words.

What novelist Morris West called the shoes of the fisherman are never easy to fill. Even so, men have accepted election or appointment to the papacy with varying degrees of enthusiasm or dread since before Emperor Vespasian started building the Roman Colosseum in Anno Domini 70. As a Catholic, I’m reassured by that unbroken history. Sadly for Pope Francis, all the dignity painfully accumulated over millennia can’t make his passive-aggressive new manifesto edifying, which is why the work of musicians he borrowed from still repays attention.

Rob Crisell offered  an insightful analysis of Fratelli Tutti in this space, tartly noting its economic ignorance and misguided fire. In this letter, at least, the pope peddles platitudes from the French Revolution while reminiscing about his own previous writing on justice without so much as a fare-thee-well to intellectual rigor. You can get whiplash moving from “Business activity is essentially a noble vocation” to “The right to private property is always accompanied by the primary and prior principle of the subordination of all private property to the universal destination of the earth’s goods” in the same paragraph.

The Reuters wire service wondered whether “Brothers All,” the title in translation of the new encyclical, was inclusive enough, but their story about the publication of the new document said nothing about its content. Meanwhile, lay Catholic theologian Taylor Marshall highlighted several curious things about the social encyclical, not least that Pope Francis didn’t actually address the piece to anyone in particular. Unusually for letters of this type, the document has no salutation. Instead it opens with an anecdote about Saint Francis of Assisi recommending life seasoned with the “flavour of the gospel,” as though Francis were a celebrity chef on a medieval cooking show.

That brings us back to the songwriting I mentioned earlier. Remember the lyrics to Jackson Browne’s “The Pretender” (1979), and the way that Michael Jackson and Lionel Richie collaborated in 1985 to make “We Are the World” the signature tune of the famous USA for Africa recording session? If you do, then you’ve already absorbed the best of the new encyclical, without having to wade through eight chapters of a muddled lecture.

This is the ethos of Fratelli Tutti set to music, minus its socialist backbeat:

There comes a time
When we heed a certain call
When the world must come together as one.

You could say, as Pope Francis does, that “Grand Imam Ahmad Al-Tayyeb and I have observed that good relations between East and West are indisputably necessary for both. They must not be neglected, so that each can be enriched by the other’s culture through fruitful exchange and dialogue.” Or you could simply sing,

We are the world
We are the children
We are the ones who make a brighter day,
so let’s start giving!

The pope reminds us that there’s more to life than economic self-interest, but he doesn’t say that in the gripping fashion of Tom Petty’s “Hey baby, you don’t have to live like a refugee!” (In true disc jockey fashion, I think “Refugee” works as encouragement for the careworn “Chiquitita” whom the Swedes of ABBA sang beautifully about). But for solidarity set to music, Jackson Browne is your man. Decades before Jorge Bergolio became pope and penned his own diagnosis of the human condition, Browne gift-wrapped “The Pretender” for eager listeners.

In Fratelli Tutti,  you go mano a mano with sentences like “A ‘local narcissism’ instead frets over a limited number of ideas, customs and forms of security; incapable of admiring the vast potential and beauty offered by the larger world, it lacks an authentic and generous spirit of solidarity.”

In “The Pretender,” by contrast, Jackson Browne says only what needs to be said, introducing us to a workaday Joe “caught between the longing for love and the struggle for the legal tender.” That Everyman passes his days in a locale

where the sirens sing
and the church bells ring
and the junk man pounds his fender.

Browne poses questions more vividly than pope does. Shorter Francis asks, “How is it possible to raise our sights to recognize our neighbours or to help those who have fallen along the way?” Longer Francis asks, “What happens when fraternity is not consciously cultivated, when there is a lack of political will to promote it through education in fraternity, through dialogue and through the recognition of the values of reciprocity and mutual enrichment?”

Neither of those questions approaches the poetry of

I wanna know what became of the changes
We waited for love to bring;
Were they only the fitful dreams
Of some greater awakening?

Those of us of a certain age also recall that “The Pretender” pays homage to Christian hymnody in a refrain with the couplet “Get up and do it again. Amen.” One of the joys of the original recording is the way that Jackson Browne let pianist Craig Doerge use chords on the keyboard like flying buttresses to emphasize the syllables of “ah-men!”

Whether Pope Francis has a Spotify playlist that includes the recordings of “We Are the World” and “The Pretender” is irrelevant, because his most recent letter echoes those staples of American airwaves. “Recognizing that all people are our brothers and sisters, and seeking forms of social friendship that include everyone, is not merely utopian,” the pope says, and I am reminded that Mr. Jackson and Mr. Richie recorded a hit single with that same message long before we all wore surgical mask knockoffs at the insistence of municipal authorities.

“True wisdom demands an encounter with reality” is the new encyclical’s one great line, but the rest of Fratelli Tutti is a 40-minute drum solo no Catholic needed, not least because while Jackson Browne might not kneel in the pew next to us, he very commendably asked us to pray for The Pretender, and warned about what could happen “where the ads take aim and lay their claim to the heart and soul of the spender.”

Unwilling to leave well enough alone, Pope Francis coughed up a hairball of an exhortation that can be summarized as “Why don’t you rich capitalist meanies come out from behind your walls and act more like the Good Samaritan?”

And so it seems to me that the papacy has a problem that can only be remedied by humility and songcraft.