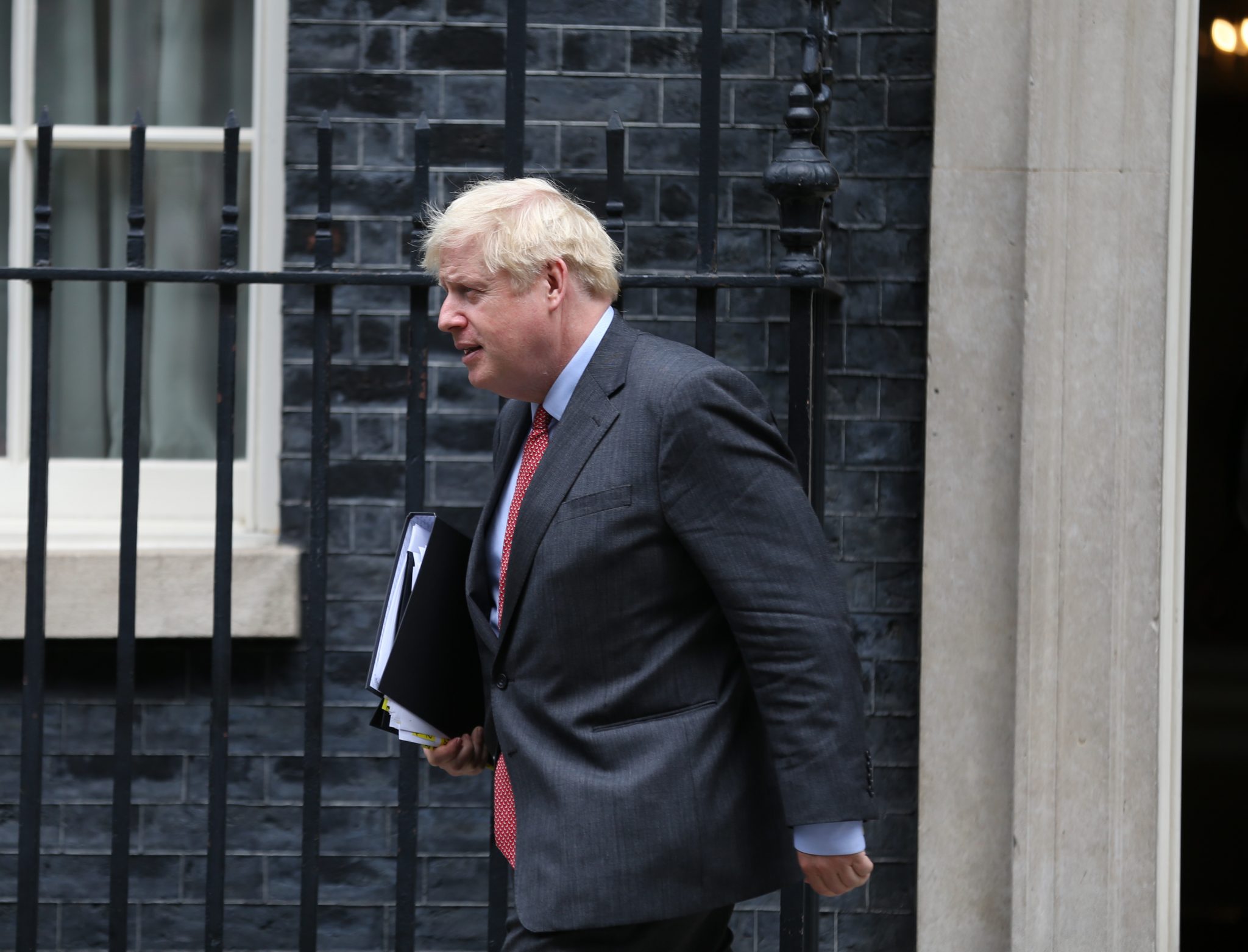 Brexiteers confront a quandary. At last week’s end came reports that the Boris Johnson administration, tiring of further chicanery from the European Union, effectively pulled out of talks for a UK–EU trade deal. Britain will instead trade in accordance with World Trade Organization rules. The Australian model is the likely course, crafting trade agreements with the EU in an item-by-item process.

But triumphant Brexiteers need also decipher the Conservative government’s domestic agenda. How to square the “Boris” who exults in freeing Britain from the sclerotic rule of Brussels with the “Boris” equally enthusiastic about imposing sclerotic rule at home? Which of these two Borises are Brexiteers to trust?

Cynics argue that Boris’s embrace of environmental platitudes and “woke” culture is the result of his need to conciliate his new, younger fiancée. (His Brexit beliefs, formulated before his forthcoming marriage, are more resistant to waffling.) Rumors of relationship strife when they were dating fuel speculations that Mr. Johnson accommodates his girlfriend’s progressive proclivities to appease her.

Nor is he the first man to tack with the prevailing winds to placate distaff demands. Take Lady Macbeth, Shakespeare’s infamous malign influence. Goaded by his wife, an honorable Macbeth foreswears fealty to his king and, through regicide, claims the throne for himself. Lady Macbeth repents of her political machinations, but not before factions rent the realm. May the United Kingdom be so spared.

Neither is it necessary to speculate too seriously upon any matrimonial motive behind Boris’s bent for extravagant expenditures — whether on infrastructure, climate, or coronavirus. An expensive interventionist bias was in full evidence during his two terms as mayor of London. It betrayed Boris’s innate predilections more than political need to appeal to a progressive metropolitan culture.

America knows the phenomenon of Janus-like politics well. Republicans are often roasted for a small government rhetoric that comes undone in favor of foreign escapades on behalf of democracy.

So while Boris seems to be on the right track with respect to Brexit — and don’t pop the champagne corks until a “no deal” Brexit becomes fact — he is on the wrong path with respect to domestic policy. What are principled Tories to do?

With the Labour leadership calling for more stringent isolating measures to fight the coronavirus, one conservative commentator says that Sir Keir Starmer has saved Boris’s backside. Slowly the tide is turning against the Government’s agenda. Liverpool gym-owners and restive party-goers openly defy orders and fight for freedom.

In this scenario, supported by Gustave Le Bon’s book on crowd psychology, politicians pushing these draconian measures will be penalized by pent-up public hostility. “Prestige” propelled the majority response to COVID-19, but, according to Le Bon, it “entirely paralyzes” the judgment of crowds in “need of ready-made opinions” that are “independent of the measure or truth they contain.”

As evidence mounts that strict enforcement fares little better (or worse) than the common-sense approach adopted by a minority of countries, Le Bon’s crowd “takes its revenge” with a “reaction … the stronger in proportion as the prestige has been great.”

Prudence thus dictates this is the time for “Brexit” Boris to curtail his coronavirus containment schemes and steer back toward the sunny uplands of independence. (Prudence also suggests that President Trump’s cocky attitude toward COVID-19 may be a relief to voters on November 3, when Democrats up and down the ballot are calling for more, not less, curtailment of Americans’ constitutionally guaranteed freedoms.)

Skeptics doubt such political agility lies within the prime minister. No less possible is Boris’s rumored retirement, given the rigors of fatherhood and lingering exhaustion from contracting coronavirus himself in the spring.

Finding a leader worthy of the Brexit mantle then becomes the Tory task. Formerly likely successors as Michael Gove and Jacob Rees-Mogg have blotted their copybooks through Cabinet solidarity and complicity in the Conservative government’s authoritarian legislation.

Meanwhile, former Brexit paladins like Steve Baker have tarnished their once-spotless armor. Their role as “Spartan” defenders of independence keep pressure on the Government for a “full exit” from the EU. Many, like Mr. Baker, were early critics of its coronavirus policy. But their willingness to accept Government assurances for parliamentary oversight on further action discomforts allies of democratic accountability. More stalwart Tory backbenchers should brave their media-savvy colleagues and argue their case, too.

And what of Brexit’s godfather, Nigel Farage? No one can deny him his place in history as the indispensable leader of the UK independence movement. Yet on too many issues, he echoes Boris’s domestic weaknesses. For while Mr. Farage is ferocious on immigration and maintaining Britain’s border integrity, his Brexit Party platform for parliamentary reform hints at big government initiatives at its heart.

Brexiteers intent on independence from Brussels abroad and Westminster at home deserve a leader devoted to the cause of liberty. Above all, the United Kingdom is desperate for an assembly of principled politicians, not those who “pride themselves on being practical,” whom Benjamin Disraeli dismissed. For such as they, he sneered, “a practical man is a man who practices the blunders of his predecessors.”