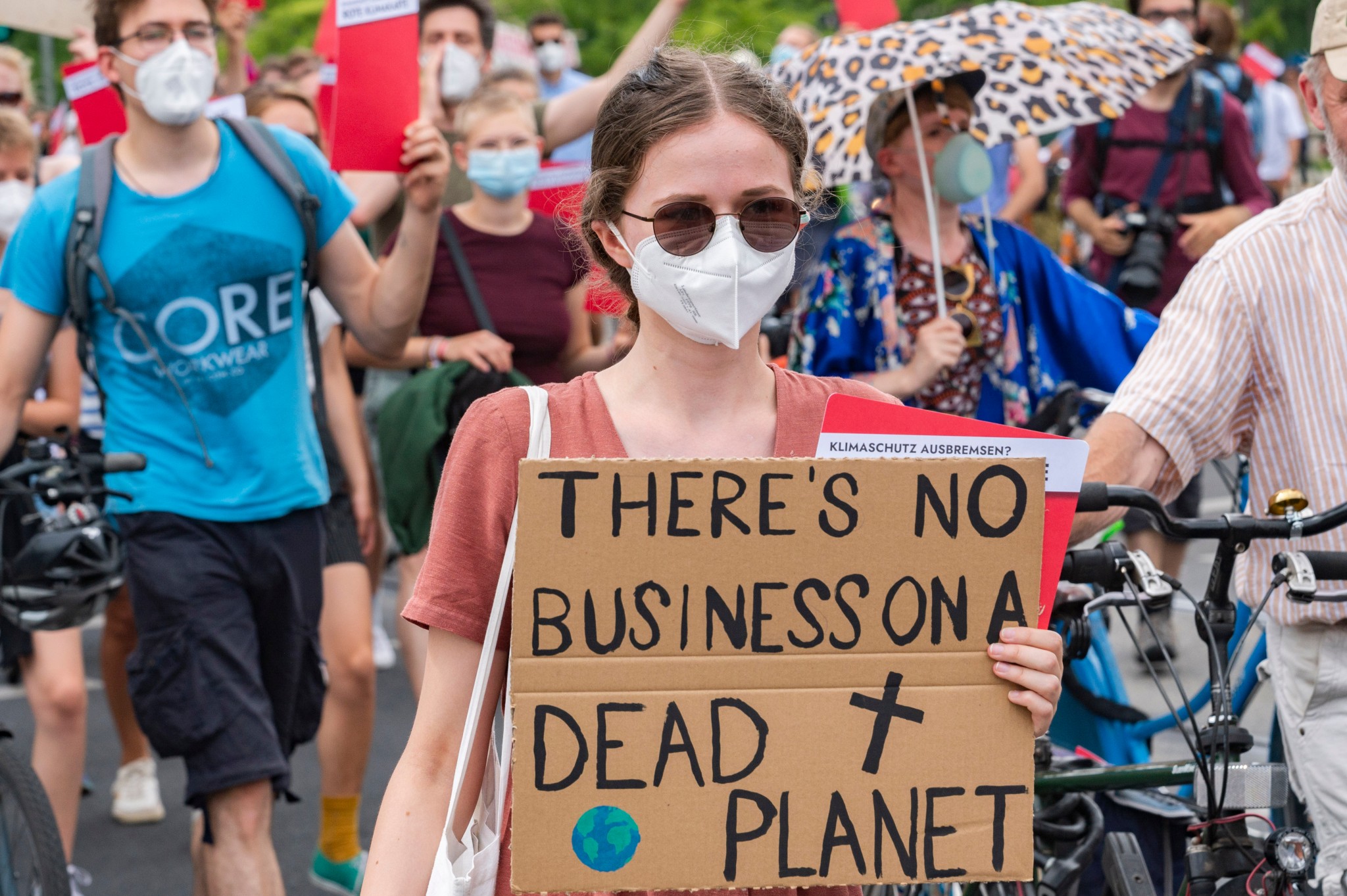 On May 9, the Wall Street Journal published an article warning that traditional power plants are being retired more quickly “than they can be replaced by renewable energy and battery storage.” The Journal’s belated discovery that the war on fossil fuels threatens a future of rolling blackouts would come as no surprise for those who have read Francis Menton’s brilliant, deceptively simple blog, the Manhattan Contrarian.

Menton says his entire contribution to the global warming debate boils down to being one of the few people willing to do basic arithmetic. Menton dismisses the idea that his background — majoring in math and economics in college and pursuing a career at the major New York law firm Wilkie, Farr & Gallagher — prepared him for taking on the consensus that achieving zero net emissions is a workable target. Menton told The American Spectator: “The impossibility of [an all-renewable future] is really just arithmetic, the kind you learn by sixth grade. Maybe you want a spreadsheet program to help you but in terms of the math, it’s nothing you didn’t learn in elementary school.”

Menton put that math to use when he attended a public hearing May 3 called by the New York Climate Action Council. The hearing, which invited public comment, concerned the “Draft Scoping Plan,” which lays out the state’s plan for achieving the net-zero emissions target established under New York’s 2019 Climate Act.

In his blog, Menton records how he used his allotted two minutes to speak. He told the council:

You’re going to need at least 10,000 GWH of storage to back up just current usage if you replace fossil fuel generation with wind and solar. At the price of Tesla batteries, that will run you about $1.5 trillion, which is approximately the entire GDP of New York State. If you triple electricity consumption by electrifying vehicles and homes, then you must triple the storage, and it will cost at least three times GDP. And by the way, you need a battery that can store electricity all the way from summer to winter without all the energy dissipating and then discharge over the course of months. No existing battery can do that…. How could you commit us to this without any feasibility study, any detailed cost workup, let alone a demonstration project showing that it can be done?

Menton observes that among the 60 speakers, all but three appealed to the council to save us from evil fossil fuels and “not a one addressed or attempted to refute any of my points.”

Menton dates his interest in the climate issue to the late 1990s when the idea that the earth would become uninhabitable if carbon dioxide emissions weren’t drastically reduced became widespread. He says it was obvious to him that the burning of fuels to create energy underlies everything in modern society and that eliminating this would be a complete revolution.

He may have decided to write a blog because of the UN’s International Planet on Climate Change’s famous hockey stick graph, which shows global temperatures rising over the past century. Here, Menton’s career as a trial lawyer came in handy, for he says he immediately recognized this as a phony litigator’s chart, the kind that manipulates the vertical axis to make juries think some trend is out of control.

On the hockey stick’s horizontal x-axis were the years 1000 A.D. to the present. On the y-axis were the world’s average temperatures over the centuries, but here, the range was little more than one degree Celsius. The graph showed an almost flat, slightly declining trend for over 900 years followed by a sharp, almost vertical spike for the past 75 years. The secret was manipulating the vertical axis to create the temperature spike. If the range had been 100 degrees rather than 2 degrees, the chart would look perfectly flat and would be no cause for alarm. Moreover, the chart implied that the average temperature 1000 years ago is known within a couple of tenths of accuracy. This, Menton says, was “completely nuts,” given that the earliest thermometer readings date from the 1600s and are from only one place in England. Menton said it took him 10 seconds to realize “this was a complete piece of bullshit.”

Nonetheless, it was 11 years before Menton began writing his blog in 2012. The long gestation was because of the tough criteria he set for himself: the blog had to be a professional product, the facts carefully researched and checked, and it had to be posted regularly, not “going dark” because he was too busy or on vacation. By 2012, he was within three years of retirement, had stopped taking on new cases, and felt he could devote sufficient time to the project. Although he has no fixed schedule, Menton says he produces without fail two to three blogs each week, an impressive decade-long record.

His daughter Jane has made it a family project, although Menton notes that a new baby has kept her from writing for the blog recently. Except for a dip last year, the audience has been steadily rising, most recently reaching an annual total of 500,000 unique visitors. While Menton says he has been invited to write for other forums (he has written, for example, for Gatestone and City Journal) he prefers to stick to his blog. He is happy to see his audience grow as the blog is picked up by other sites. For instance, RealClearPolitics often links to his pieces.

One of Menton’s favorite topics — he has written 30 blogs on it so far — is the manipulation of data from the temperature stations worldwide which measure global temperature. He focuses on the downward adjustment of already reported temperatures that enhance the apparent warming trend. For example, today’s adjustment of the registered temperature at a specific station in Australia in 1974 may be two degrees less than the temperature measured and duly reported at the time. Such changes to earlier recorded temperatures are ongoing and are made on the basis of algorithms supposedly designed to improve the accuracy of the reporting. Menton calls this “the greatest scientific fraud of all time.”

Despite the endless follies of our elites, Menton says he is an optimist. He’s even willing to give a date —2030 — by which he is confident the global warming train will hit the reality wall. Ironically, although Europe is the most committed to climate change dogma, it might happen there first. With gas costs rising, partially due to the invasion of Ukraine, Europe is rethinking its anti-fossil fuel obsessions, with Germany reopening coal plants and the U.K. considering drilling for natural gas again in the North Sea and even lifting the ban on fracking.

Menton believes the astronomic costs of combatting global warming are most likely to be its Waterloo. While he is sympathetic to the scientists in groups like the C02 Coalition who refuse to give up efforts to convince the public the science is bogus, he quotes Mark Twain: “You can’t reason someone out of something they didn’t reason themselves into in the first place.” He believes blackouts and other system failures are more likely to change public attitudes. Although, even here, Menton notes that global warming promoters have shown a remarkable ability to come up with scapegoats. But when it comes to costs, he thinks elites will run out of ways to bury them, and costs are game-changers.

On May 6, the Wall Street Journal informed its readers, doubtless to the astonishment of many, that in April the level of carbon dioxide in the atmosphere had reached a record high since atmospheric carbon dioxide was first monitored 64 years ago. While the article doesn’t say so, the reason is that rapidly industrializing countries like India and China have been increasing emissions while the West has labored at huge cost and with great fanfare to lower them. But once it becomes painfully obvious that it’s all pain, no gain for Western countries, the isolated voices saying “the emperor has no clothes” will become a chorus impossible to drown out.

Rael Jean Isaac is the author of Roosters of the Apocalypse: How the Junk Science of Global Warming is Bankrupting the Western World.