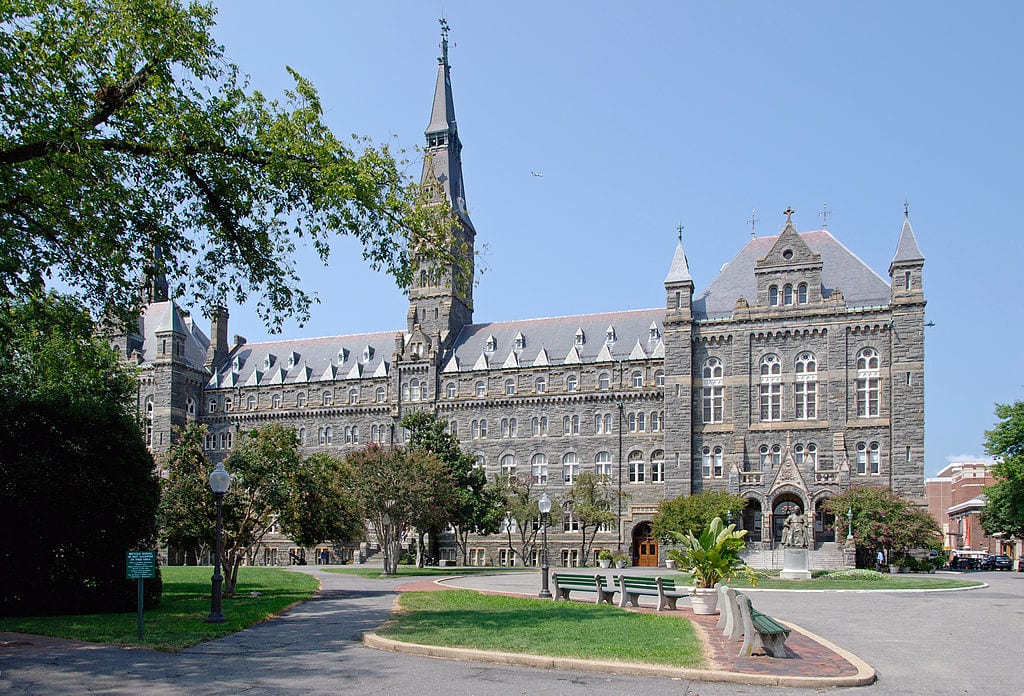 Slavery is evil. Most Americans recognize that. Most people around the world also do so. But that wasn’t always so. Indeed, a couple of centuries, not to mention a couple of millennia, ago people held many views which today are considered, shall we say, unsavory at best.

Such as warring for no and every reason, undertaking military conquest, slaughtering defeated populations, torturing enemies, colonizing distant territories, imposing absolute monarchy, converting the unfaithful by force, and committing a multitude of other sins, oppressions, and horrors. Slavery was one of many serious violations of life and dignity routinely committed and widely accepted at the time.

Those who demonstrated special moral prescience and sensitivity by opposing the conventional but awful ahead of their time deserve praise. However, it is unfair to demonize people who did not rise above their times. Hindsight is wonderful when peering back into history. Yet few of us would enjoy be similarly judged by our descendants.

That is, however, what the “GU272 Isaac Hawkins Legacy Group” is doing to Georgetown University. In 1838 a nearly broke school sold 272 slaves to raise money to continue operations. So the descendants of those slaves are demanding “restitution.” Explained lead counsel Georgia Goslee, her clients “do not believe Georgetown has fully atoned for the wealth it unjustly accumulated off the back of unpaid slave labor.”

Although the university has taken a number of steps to promote minority education, Dee Taylor, descended from one of the slaves, said “I believe Georgetown has the means to do much more.” Which, apparently, means money for the 200 members of the Group. Thomas Craemer of the University of Connecticut concocted some figure to reflect what those alive today should have received if their ancestors had not been slaves: “The wealth gap between African Americans and white Americans in the United States is rooted in this reality.”

The legacy of slavery is awful, but targeting individual institutions such as Georgetown is, well, bizarre. Claims for restitution focus on those alive who are not responsible for crimes committed decades and centuries before. And responsibility for slavery is far broader than a particular American slaveholder.

The sweep of human history is an unending panorama of huge, horrific injustice. The Romans slaughtered the Carthaginians. The Egyptians, Persians, Hittites, Assyrians, Macedonians, and many others variously conquered and oppressed one another. The Israelites both killed and were killed. The Europeans fought Mongols and Turks. Ancient Greek city states and more modern Italian principalities constantly battled. Combatants and civilians alike were murdered and enslaved.

And then there are the wars of our lifetime: World War II, Korea, Vietnam, Iran-Iraq, U.S.-Iraq, and more. In everyone someone surely is at fault and should pay the victims — those injured, displaced, looted, and imprisoned, and the families of those killed. Germans should pay everyone, Russians should pay Poles, Vichyite French should pay Free French. Japanese should pay Filipinos and Americans, Americans should pay Iraqis and Yemenis. And so it goes.

Surely someone should pay the Huguenots forced from France by Louis XIV. And France owes most every European money for the Napoleonic wars. The Catholic Church and various Protestant denominations should pay for the victims of Europe’s many religious wars. Spain and Russia should offer restitution to Jews for the Inquisition and pogroms, respectively. And think of the many and various tyrannies and conquests for which recompense is due. Track down the descendants of the victims and start collecting checks to send out.

In fact, nations like Germany and Japan struggle as successors to totalitarian regimes which initiated genocidal wars. They have made some payments to victims, but worth only a tiny fraction of the costs for which past governments were responsible. The Soviet Union’s Communist legacy of mass murder hangs over Russia. The Chinese Communist Party still venerates Mao Zedong despite what might be the biggest death toll of any dictator. Many nations are but a couple generations away from regimes which engaged in ethnic cleansing, dictatorial rule, and other mass violations of human rights.

More important, if members of the GU272 Isaac Hawkins Legacy Group believe in historical responsibility, they should go after those with the greatest responsibility for the servitude of their ancestors. Either the slaves or the latter’s ancestors were brought to America: those descended from the captains and crew of the slave ships owe restitution. So do Europeans whose ancestors organized the trade in Africa. Even more so the descendants of Africans who likely took the Group’s ancestors captive and sold them to Westerners. Indeed, the most fundamental responsibility for African slavery falls on tribes which kidnapped and sold other Africans. Should not the descendants of those most responsible be located, whether living in Africa or elsewhere, and dunned for restitution?

Also, more proximate to people living today are those who imposed Jim Crow, backed segregation, and opposed recognizing the civil rights of people of color. Some of those who committed such offenses are still alive, as are their victims. Should not the perpetrators be held responsible?

Income redistribution simply isn’t the right prism through which to view slavery. It was a moral outrage and reflected racism, which continues to taint American society, though much diminished from 1838, and other nations.

None of these considerations diminish the hurt felt by those who have suffered because the color of their skin was more important than the content of their character to many individuals and institutions. But to demand that a university, and apparently only that university, pay for decisions made almost two centuries ago at the order of people long dead at a time when such actions were accepted by the vast majority of the population, is not justice. What remains to be done, and by whom, to finally heal the hurt of slavery is an important conversation that should be had. But not accompanied by a bill to people and institutions innocent of any misconduct themselves.

Studying history cannot help but leave us with the wish that we could relive the past. To eliminate slavery and so many other wrongs. That is impossible, of course, but we should look to address impacts that continue, often decades and centuries later. However, the desire for justice should never turn into what looks like little more than a desire for a convenient pay-off from whatever deep pocket is closest at hand, like Georgetown University.