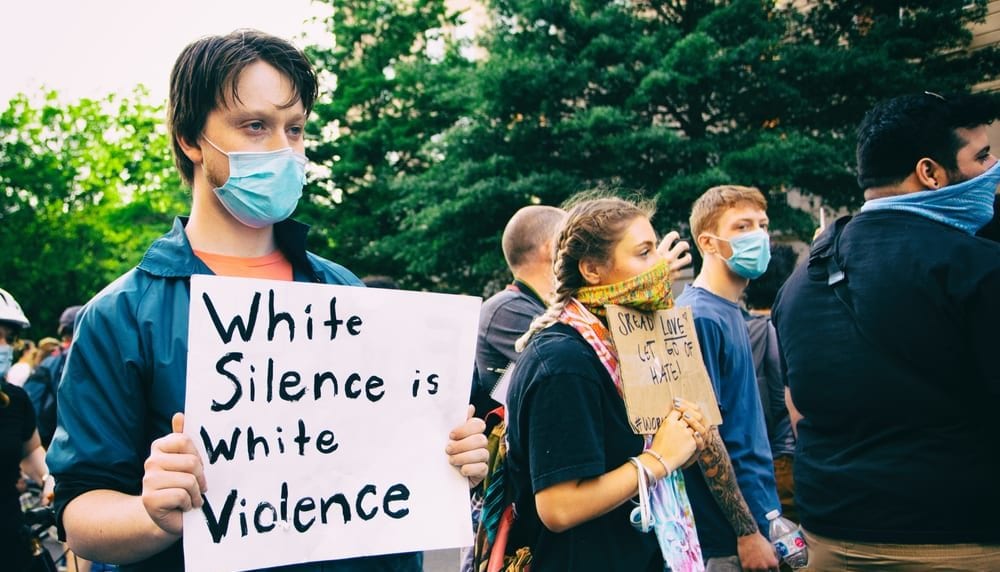 I had just moved from Chicago’s Lawndale to North Park and ended up in Miss M’s eighth-grade class.

Miss M was a fervent patriot, an admirer of Sen. Joseph McCarthy, and a staunch anti-communist.

She was suspicious of the new kids whose families came out of Lawndale. At the time, 70 percent of the people living in Lawndale were immigrants.

One day, Miss M asked me where my parents were from. When I said my mother was from Russia, Miss M went ballistic. “RUSSIA!” she exclaimed. “I’ve got my eye on you!”

Political hysteria causes opportunities for the manifestation of psychopathologies in politics, as H. D. Lasswell noted in his seminal work, Psychopathology and Politics.

Now we have a new hysteria over race relations built on hypocrisy. Those who would assert their constitutional right to take a knee for the national anthem or refuse to recite the pledge of allegiance want you to commit to their agenda of fighting racism — after you confess to your racism, of course.

Universities across the nation are being flooded with such proposals emanating from the agenda of Black Lives Matter. And university administrators are falling all over themselves to show their anti-racism by embracing those proposals, just as those of a previous generation did to show their anti-communism through loyalty oaths.

There is no neutrality in the universities today. To be neutral is to be racist, as in a previous era to be neutral about communism was to be a communist.

These non-negotiable demands inundating our universities violate not only the First Amendment but also the time-honored tradition of academic freedom.

Once a place for open debate and critical thinking, the academy has been transformed into something representing a Marxist Workmen’s Circle of the 1950s.

As my Hungarian colleague told me, once a week after a long day’s work, the workers sat in a circle to confess their mechanistic thinking and learn how to commit themselves to being better communists.

No one ever claimed they were not involved in mechanistic thinking or denied that they really wanted to be better communists. If there were no sins to be confessed, it was necessary to invent them.

So now in America it is necessary not only to confess your racism — if you are white — but also to acknowledge what you will do about it. And ultimately, as in Soviet-era Hungary, it will be necessary to create sins for public confession.

Such concepts as systemic or structural racism are bandied about as if they not only exist but that everyone agrees on their meaning.

We are supposed to think that all cops are genocidal maniacs at war with the black community. That every encounter between a cop and a black person that ends in the shooting of a civilian is an act of murder, and all criminality in the black community is a function of problems in social structural arrangements.

When data undermine those positions, they are simply ignored. Even when sworn testimony contradicts that position, as in the shooting of Michael Brown, it is disregarded. The Washington Post on November 28, 2014, ran an editorial stating that the physical evidence supported officer Darren Wilson’s version of events.

McCarthyism lacerated the conscience of America as did the loyalty oaths that emerged from it. Fortunately, there was Edward R. Murrow, a real journalist, who had the courage to call out McCarthy in the middle of the hysteria.

There was Joseph Welch, who stood up to hysteria and famously said to McCarthy, “Have you no sense of decency?”

A bunch of administrators who should know better, stumbling over themselves to sign on to the BLM agenda, is no different than Miss M’s exercises in hyperbolic patriotism. We await the Edward R. Murrow and Joseph Welch of our time.

Freedom of thought is inviolable. It is the essence of a free society. Coerced conformity does not change attitudes. It does the opposite.

My colleague spent years in the worker’s circle confessing his mechanistic thinking, and when the Hungarian border opened briefly in 1956, he and thousands like him fled.

The ineffectual nature of coercing thought is vividly seen in the collapse of the Berlin Wall and East Germans fleeing to the West.

Our universities should know better. But like lemmings, faculty in the current environment cannot wait to sign on to the hysteria.

We should not forget that many German intellectuals endorsed Nazism with enthusiasm, finding comfort in conformity that undermined everything that was meaningful about the life of the mind.

History seems always tempted to repeat itself — previously as tragedy, currently as farce.

Freedom of conscience is the last line of defense against totalitarianism. It is time to remind our fellow citizens that a just cause yields neither moral nor political license.

Abraham H. Miller is a distinguished fellow with the Haym Salomon Center.