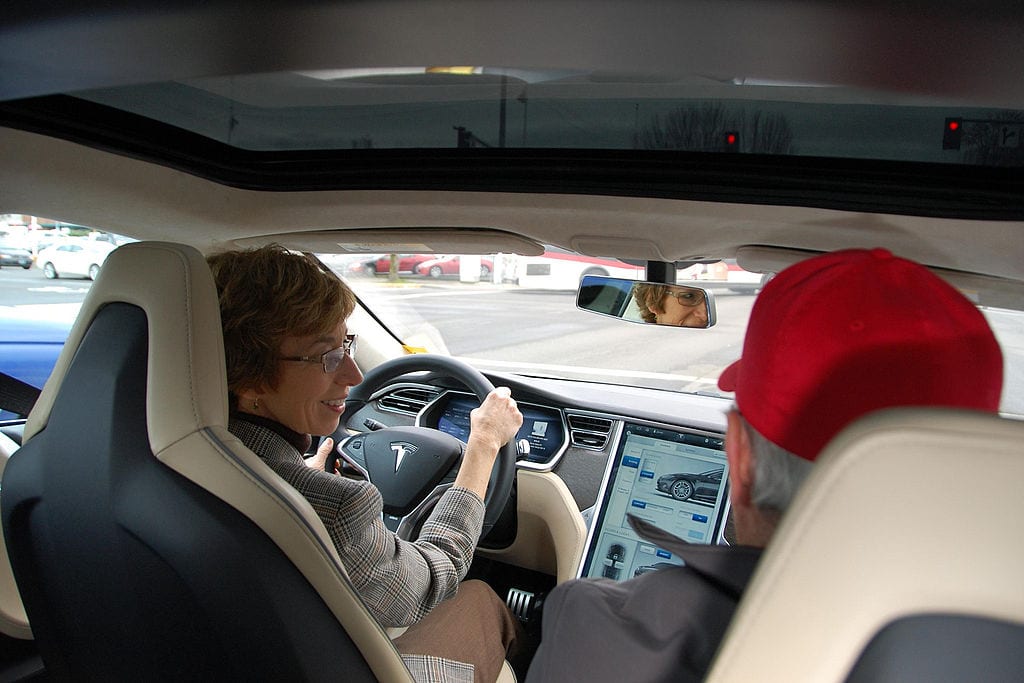 Excessive partisanship and endless acrimony are common complaints lodged against the political class. There’s a lot to be said in favor of this narrative, but bipartisanship isn’t always what it’s cracked up to be, either. As evidence, consider the latest attempt to extend corporate handouts for electric vehicle (EV) manufacturers.

The Driving America Forward Act was recently introduced to extend the existing EV tax credit well beyond its current limits. Unsurprisingly, its sponsors include both Michigan Senators, Democrats Debbie Stabenow and Gary Peters, as well as Republican Senators Lamar Alexander of Tennessee and Susan Collins of Maine. A companion version was introduced in the House of Representatives by Rep. Dan Kildee, also a Democrat from a district in Michigan.

Under current law, a federal tax credit of up to $7,500 is available to consumers of the first 200,000 vehicles sold by each manufacturer, after which the credit is phased out. Both Tesla and General Motors have exceeded the cap, a fact that has driven a lobbying frenzy to extend the benefit. This wouldn’t be the first time the credit was expanded, as the original incarnation of the credit applied only to the first 250,000 electric vehicles sold across all manufacturers.

This new legislation will allow for the purchase of an additional 400,000 vehicles to be eligible for a $7,000 credit, but it might as well be permanent. If Congress passes the bill and it’s signed into law, Washington will be sending a clear signal to manufacturers that the gravy train may never end. All the EV makers must then do is flood Washington with lobbying and campaign donations once the next deadline approaches and the cycle could no doubt continue.

The current credit is expected to cost $7.5 billion in federal revenue from last year through 2022, according to the Congressional Research Service and the Joint Committee on Taxation. The costs of the newly expanded credit are not yet available but would be considerably higher.

Almost 80% of those utilizing the EV tax credit have incomes over $100,000, making it not just a corporate handout but also a transfer from all workers to wealthier Americans. And despite its advocates’ claims, the EV tax credit fails to reduce the alleged threat of climate change.

Because all personal vehicles in the United States account for only a small fraction of global greenhouse gas emissions, even an unrealistic influx of electric vehicles would prove to be negligible. Besides, standard internal combustion engines emit far less pollution today than they have in the past. Simply replacing older cars can do as much or more to benefit the environment than even entirely switching over to electric vehicles.

This is at least the third major push to extend EV tax credits over the last year. The persistence of the issue is indicative of a political reality less obvious than the typical Republican versus Democrat framework. In economic parlance, it’s called concentrated benefits and diffuse costs. The benefits are conveyed to EV manufacturers and those few consumers (most of whom make over $100,000), but the costs are spread out across the larger population.

While the manufacturers and relatively wealthier consumers of electric vehicles have a strong incentive to support the tax credits, the average cost per taxpayer is low and thus of little political concern. Yet, when all the crony handouts that come about because of this same dynamic are added up, it represents a more significant sum and is a more obvious problem. But translating that burden into a political force that’s capable of resisting the well-funded pleading of special interests is extremely difficult.

In this case, the fact that the handouts are already set to end if Congress just does nothing should benefit the taxpayers. That’s often not the case, and it explains why the special interests have failed several times already in their attempts to preserve their benefit. Unfortunately, it’s readily apparent that they’re going to keep trying again and again to enrich themselves at the expense of the taxpaying public.

5
Hither and Yon
Four Stages of Marxist Takeover: The Accuracy of Yuri Bezmenov
by Scott McKay

6
A Further Perspective
Cultural Marxism and Its Conspirators: Part 2
by Paul Kengor