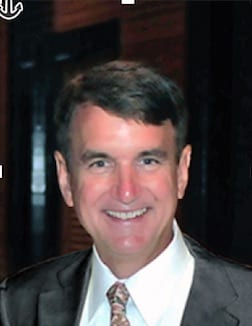 Scott Powell is a Senior Fellow at the Discovery Institute in Seattle. Reach him at scottp@discovery.org.

Scott Powell has enjoyed a career split between theory and practice with over 25 years of experience as an entrepreneur and rainmaker in several industries. He joined the Discovery Institute after having been a fellow at Stanford’s Hoover Institution for six years and serving as a managing partner at a consulting firm, RemingtonRand. His research and writing has resulted in over 200 published articles on economics, business and regulation in the Wall Street Journal, Investor’s Business Daily, USA Today, Barron’s Financial, New York Post, Orange County Register, San Francisco Chronicle, Chicago Tribune, San Jose Mercury News, Philadelphia Inquirer, St. Louis Post-Dispatch, San Diego Union, Dallas Morning News and some two dozen other newspapers and journals in the U.S., Japan and Europe.

He authored the Hoover monograph, The Entrepreneur as the Mainspring of Economic Growth, which explains why the state cannot perform the entrepreneurial function, and he produced an in-depth critique of Sarbanes-Oxley regulations, published in Barron’s Financial and the Hoover Digest. Following the 2008 mortgage and banking crisis, he was one of the first to write a succinct analysis of what happened and why that was published as the editorial in Barron’s Financial.

Scott’s book, Covert Cadre, largely written while being associated with the Heritage Foundation in Washington, D.C., documented the activities of key figures and institutions of the American left, and was hailed by National Review as one of the most important books of the 1988 election year. The chapter entitled “Blinding America” explains in detail the political and media subterfuge orchestrated by the left, which affected the 1970s reform and dismantling of the U.S. intelligence agencies. Years later these structural reforms contributed to the systemic failures that led to the 9/11 tragedy. Powell has been called on to provide expert witness analysis and testimony for the U.S. Senate Committee on Foreign Relations and the US Senate Select Committee on Intelligence. His public speaking has brought him in contact with radio and TV audiences throughout the U.S.

Scott Powell graduated from the University of Chicago with honors (B.A. and M.A.) and received his Ph.D. in political and economic theory from Boston University in 1987, writing his dissertation on the determinants of entrepreneurial activity and economic growth.