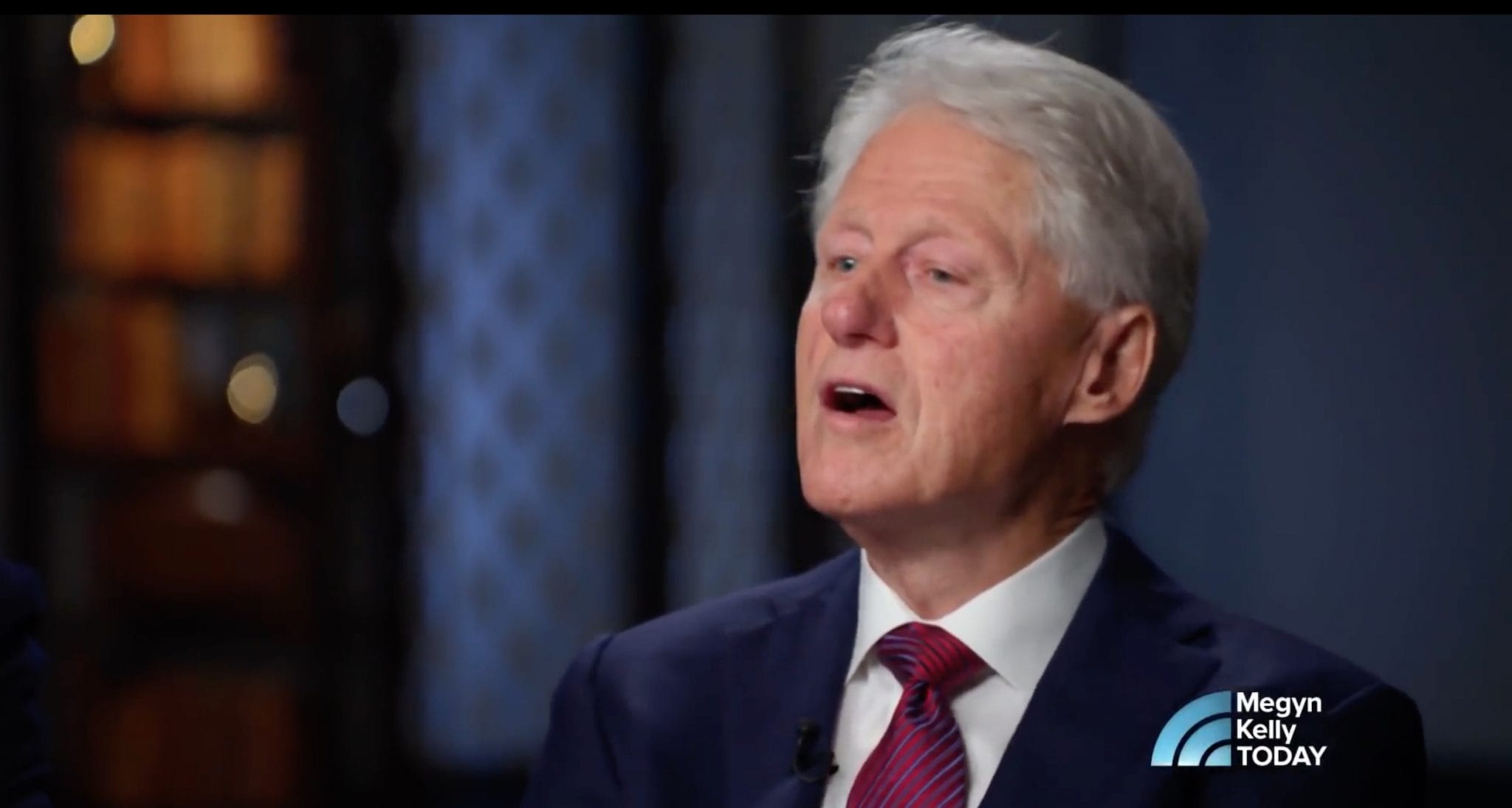 During the current hysteria about sexual harassment within elite circles, one of the most revered of our elites, Bill Clinton, has been hiding under his bed. He has not been seen in public for eight months. Now Bill has emerged with a sidekick from the realm of belles-lettres, James Patterson, the novelist with whom he has co-written a novel. Incidentally, how does one co-write a novel with a novelist? Did Bill and James episodically write every other page? Which of these two clowns wrote the first page? Which wrote the last page? One thing I know for a certitude. If the book contains any lies in it, Bill is responsible for the lie. The phrasing of the lie, the plotting of the lie, and the entire metaphysical oomph of the lie would most certainly be Bill’s doing.

At least in setting up each of the book’s lies Bill’s contribution would be colossal, causing the book to rise to the level of true literature as Mein Kampf once rose to the level of literature. Possibly Bill will follow Bob Dylan by becoming America’s next winner of the troubled Nobel Prize. Bill is a master of the lie, large and small.

Decades ago — after all we have had Bill as our persona con guffaw for some thirty years — I, in explicating the mystery and wonder of the Virgin President, drew a difference between mere BS-ing and laying out a genuine howler. BS-ing is, for instance, bragging about the size of one’s hands, let us say, or exaggerating the number of hot dogs one consumed at the Arkansas State Fair. Bill has really big hands — though they are quite soft — and a tremendous capacity for junk food. BS-ing is annoying, but it is usually trivial. Telling a true lie is the telling of an untruth that is consequential, say costing the public treasury millions or deceiving vast numbers of people about something that matters. For instance, saying, “I did not have sexual relations with that woman, Miss Lewinsky” or in urging the passage of Obamacare saying, you will be able “to keep your doctor.”

This week on MSNBC Bill whined that the victim of his affair with Monica was… well, he himself. Not Monica. The reason? It cost him 16 million big ones to defend himself. Well, I would want to see the accounting of those 16 million big ones, but I can tell you it is a pittance compared to the money he and his Foundation have socked away from speaking fees, multi-million dollar kickbacks, and other forms of graft that the Clintons have engaged in.

During the MSNBC interview Bill introduced a new kind of lie, at least for him. He turned on the interviewer, one Craig Melvin, and accused him of “ignor[ing] gaping facts in describing this [the Monica Lewinsky scandal], and I bet you don’t know you don’t know them.” Well, poor Melvin did not seem to know that he did not know some of the facts related to Bill’s sexual antics.

He apparently did not know Paula Corbin Jones whom Bill propositioned in a Little Rock hotel room. During that episode Bill exposed himself to Paula and she resented it. Months later the result was his impeachment. Melvin did not know Kathleen Willey. She was the Democratic operative who sought an interview with Bill for a job. Her husband had committed suicide. Bill groped her and grabbed her breast. My guess is that she is not a Democratic operative any longer. Melvin did not know Juanita Broaddrick whom Bill raped in 1978 and Melvin did not know Leslie Milwee. She was an Arkansas reporter back in 1980 whom Bill sexually accosted. If Melvin knew of these ladies, he never mentioned their names.

I say this is a new kind of lie that Bill introduced during his interview because I do not recall him ever attempting it on anyone before. He is asking the interviewer to display a knowledge of Bill’s nigh unto infinite number of sexual adventures. Naturally Melvin is overwhelmed. He was about as green as a Spring spruce, but that is the kind of interviewer Bill was expecting NBC to send over. I bet Bill had a good laugh backstage after his encounter with Melvin. James Patterson probably laughed too. He had defended Bill, saying he should not have resigned during the Lewinsky business because Presidents Kennedy and Johnson acted similarly. Hey, what about throwing in the name of Warren Gamaliel Harding, and was there not something about Grover Cleveland?

Actually, I think that NBC had a better choice than Melvin for interviewing Bill Clinton. That would be Matt Lauer. He is a man with similar tastes, and I am told he even uses similar cologne. Ah, but alas, NBC let Matt go last autumn for “inappropriate sexual behavior.” The greenhorn Craig Melvin was about the best NBC had left. The pickings are getting rather sparse these days in the world of network news.