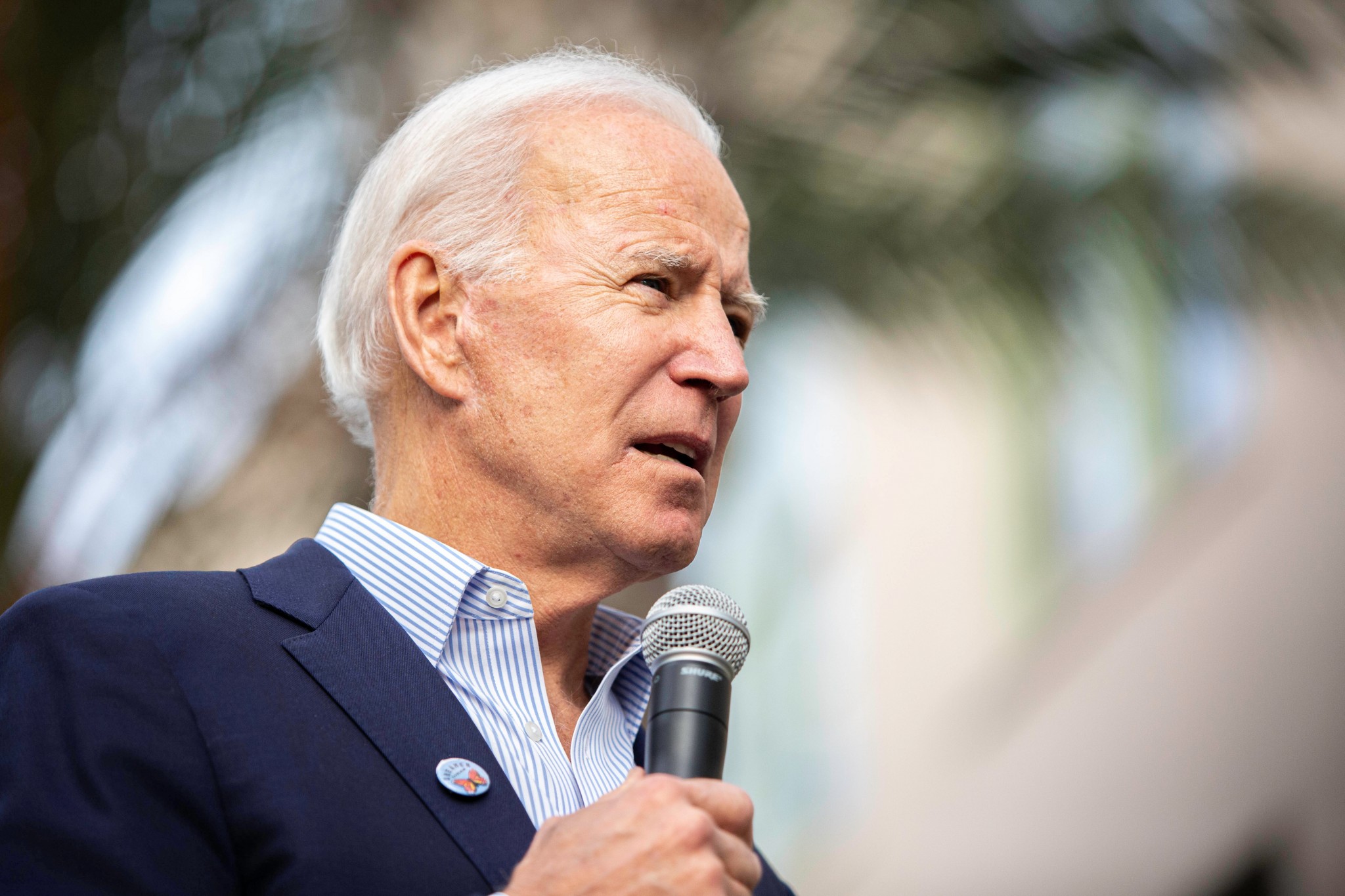 On Monday, Joe Biden uncorked the largest lie of a 50-year political career overstuffed with them.

“My Build Back Better Agenda costs zero dollars,” he tweeted. “Instead of wasting money on tax breaks, loopholes, and tax evasion for big corporations and the wealthy, we can make a once-in-a-generation investment in working America. And it adds zero dollars to the national debt.”

It’s a $3.5 trillion bacchanal of nation-killing socialist largesse, and Biden wants you to think it’s free.

There is clarity in this, you know.

For the longest time, Republicans used to beat themselves up trying to modulate their response to the insane aggressions on basic economics the Democrat Party routinely commits. Half the party would jump up and down claiming that “Democrats are economic illiterates!” while the other half would say “No, that’s not it — they know their voters are economic illiterates, or else their voters are venal and greedy and don’t care about economics, and they just want to lie to their voters to get votes.”

Often, this has been a distinction without a difference. The effect is the same: you get economically illiterate economic policies from the Democrats, and you get the debt and recession those policies bring. That those policies came about through stupidity or evil doesn’t matter, because the result is both evil and stupid.

Except now, there is no more debate. Nobody, not even AOC or Hank Johnson, is so stupid as to actually believe a $3.5 trillion government spending binge carries no cost.

Really, guys? How come you never put this incredible fiscal savvy to work in all of the cities you run? Why isn’t Baltimore generating a return on investment? Newark? St. Louis? Detroit?

The details aren’t really important here. This is a lie so big the devil is on the top line. It proves everything you need to know about the Democrat Party — it’s a party of abject, dirty liars who hate their own voters almost as much as they hate the rest of America. Lies of this magnitude come from malice, not incompetence or idiocy.

But Biden’s patent falsehoods are clarifying in another way. They signal desperation. They’re a Hail Mary pass.

This week there are four items on the Washington calendar, all of which are potentially devastating for the Democrats’ 2022 midterm hopes. Even CNN is now calling this a “do or die” week for Biden and his agenda, and if CNN is willing to concede that, you know there’s a problem.

The $3.5 trillion “no-cost” budget reconciliation disaster is only one of those. There’s the $1.5 trillion infrastructure package that Republican senators like Bill Cassidy stupidly signed on to. Then there’s the raising of the debt limit. And finally, there’s the continuing resolution on the budget. The first two aren’t planet-killing asteroids for the Democrats and the Biden administration in the event they aren’t passed, but the last two definitely are.

Fail to raise the debt limit, and the Democrats will at this point have to do that through budget reconciliation since GOP Senate leader Mitch McConnell is saying his caucus refuses to cooperate so long as that $3.5 trillion “no-cost” package sits on the table, and a month from now the federal government won’t have the money to pay salaries and other items because servicing the debt will have to take precedence. This wouldn’t be good for ordinary Americans and it really wouldn’t be good for Wall Street, but the private sector can probably survive a federal government severely constrained from continuing most of its current operations.

But if that were to happen, it would be a cataclysm for the federal government and the political party which represents it.

The thing about McConnell is that while he’s proven he’s less than a trustworthy ally for conservatives and others on the Right, he’s definitely a problematic adversary for the Left. McConnell’s reasoning in pulling the GOP back from cooperating on the debt limit is sound — he knows that at the end of the day, Nancy Pelosi, Chuck Schumer and Biden simply cannot risk a debt-limit driven partial government shutdown. They will raise the debt limit through reconciliation — something they can manage if they get all of their members to vote for — if necessary.

“If they want to tax, borrow, and spend historic sums of money without our input, they’ll have to raise the debt limit without our help,” said McConnell. “This is the reality. I’ve been saying this very clearly since July. And I think our Democratic colleagues are finally getting it. Because now they’re fumbling for bogus excuses.”

As for the continuing resolution, it’s actually surprising the Democrats didn’t bother getting that one out of the way already. They will pass that this week, because if they don’t, they’ll bring on a government shutdown.

If you’ll remember, there was a brief government shutdown in 2019. You might actually not remember that, because when it happened, President Trump did everything he could to minimize the pain ordinary folks felt from it. Unlike when there was a shutdown during the Obama administration and the true malice of the Democrat Party showed itself at national monuments and parks. Nobody on Team D wants to present the American people with that contrast.

But the problem is that Team D is at war with itself over the $3.5 trillion and the $1.5 trillion. On one side, you have Joe Manchin and Kirsten Sinema in the Senate, both of whom object to the $3.5 trillion — Manchin because he says it spends way too much money, Sinema because its colossal tax increases are too onerous. There are a handful of “moderate” Democrats in the House who are blanching at the $3.5 trillion, but everybody knows they’ll ultimately buckle under and vote for it. Their condition is they want the $1.5 trillion to get a vote first.

It’s the Hard Left which is the problem. The Hard Left is terrified that the $1.5 trillion will pass and then the $3.5 trillion will get scaled down or dumped. And it’s everything they ever wanted. Most of these people wouldn’t have been Democrats 20 years ago. Hell, 20 years ago the Democrats wouldn’t even have let them into their party. They don’t trust Team D’s leadership, and they’re insisting on getting the $3.5 trillion first.

Pelosi has stabbed the Hard Left in the back by scheduling a vote on the $1.5 trillion infrastructure bill on Thursday, after missing her self-imposed deadline of Monday for that vote. If the Hard Left won’t back it, it’ll fail in the House. The Republicans in the House aren’t voting for it.

If you want to bet on all this, the odds are that all four of these items will get rammed through Congress this week. But that it’s this difficult is a testament to just how dysfunctional these people are and how utterly incapable of avoiding crises they’ve become after 60 years of insisting on treating every item in the public sphere as an emergency.

And if any of these things should fall, most or all of them could. Which would bring down ruin upon the Democrats.

When this begins sticking out in stark relief, you get to see the true character of Joe Biden and the people who tell him what to do. And that character is easily seen when their first and most dominant instinct is to shamelessly lie.

Claiming that the federal government can borrow $3.5 trillion from China or print that amount in worthless currency without actually incurring any cost is done for one reason only — to attempt to induce or pressure Manchin and Sinema to back that reconciliation package. Without them, the dominoes fall.

And one more bit of clarity: the lies are inducements for Manchin and Sinema because Team D now knows it can no longer lie its way into dragging the AOC’s, Ilhan Omars, and Bernie Sanderses into line. When you know who they can’t afford to lie to, you know who controls them.

Which most certainly doesn’t include you. They couldn’t give a damn about you. They’d rather replace you with the people they’re escorting across the border. They’ve proven that conclusively already.