On the campaign trail, Joe Biden vowed to be the “most progressive president” ever — a pledge that has been complicated by the Democrats’ inability to retake the Senate. Still, we can expect Biden and Kamala Harris to push radicalism aggressively in spite of that gridlock.

“The first thing I’d do is repeal those Trump tax cuts,” Biden said on multiple occasions during the campaign. That plan would appear to be off the table. Senate Majority Leader Mitch McConnell can be counted on to block any tax-hiking legislation from the Democrats. But some of Biden’s other pledges don’t require legislative approval. He has said, “In the first 100 days of my administration, no one, no one will be deported at all,” a pledge which would fall within his executive powers. 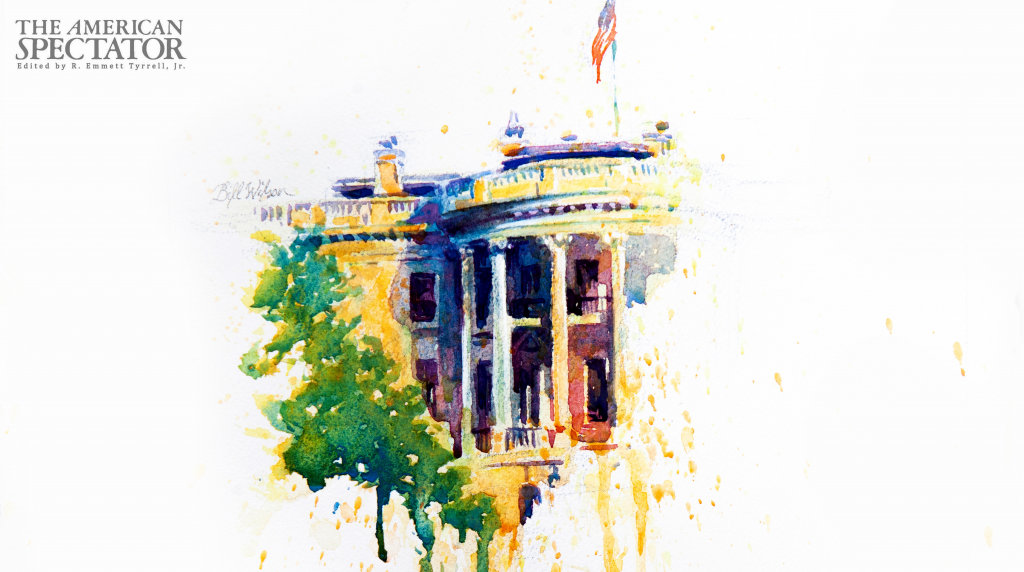 This much is clear: Everything Trump has done on the immigration front through executive orders will vanish under Biden. He will use all of the powers of the executive branch to turn America as much as possible into a sanctuary country. Construction of Donald Trump’s wall will grind to a halt. Both Biden and Harris are committed to de facto open borders. Biden has even rejected Obama-era enforcement measures. He calls them a “mistake.” As he rolls back not only Trump’s immigration-related policies but even Obama’s, we can expect the crisis on America’s southern border to flare up yet again.

The Senate will likely resist Biden’s talk of extending amnesty and free health insurance to illegal immigrants, but it won’t be able to stop a raft of new executive orders that he will order to accommodate them. For Biden, an influx of illegal immigrants is not a threat but a “gift.” He has said that he considers illegal immigrants “already Americans, in my view.” They are, he says, “just waiting … for a chance to be able to contribute fully.”

As a candidate, Biden didn’t even want ICE (Immigration and Customs Enforcement) to arrest illegal immigrants guilty of drunk driving. “I think Joe Biden has lost his mind,” Tom Homan, former acting director of ICE, told the press. As president, Biden will now have the power to turn such musings into executive branch policy and render ICE impotent.

Biden also plans to immediately wipe away all of Trump’s travel bans on immigration from terrorist-ridden countries. He called that policy a “Muslim ban” and said that it conflicts with America’s commitment to “religious freedom,” a laughable claim given his plans to restrict the religious freedom of Christians.

Indeed, the first days of the Biden administration will represent open season on Christians. Biden will sign a welter of executive orders erasing the protections Trump granted them, starting with Trump’s lifting of Obamacare’s “contraceptive mandate.” Biden has said that he will jumpstart the Obama-era harassment of the Little Sisters of the Poor and other Christian groups for objecting to that mandate. He has vowed to suppress religious freedom wherever it conflicts with “reproductive” and “LBGTQ” rights. Christians should gird themselves for the most hostile administration ever. Biden will pick up where Obama left off in his assault on the First Amendment and intensify it.

It is also certain that Biden, who famously flip-flopped on the Hyde Amendment prohibiting taxpayer funding of abortion, will turn the executive branch over to the abortion lobby of his party. All of Trump’s pro-life executive orders will disappear, and the State Department, among other federal agencies, will resume its Obama-era lobbying for abortion abroad. The full weight of the federal government will once again fall on the side of Planned Parenthood.

Biden will throw out the welcome mat for the most swampy operatives in Washington.

Biden is sure to make a great show of reversing every Trump-era policy across the federal government and in the military. “Transgender equality is the civil rights issue of our time,” he has said, promising to end Trump’s ban on transgender troops.

Biden will also make much noise about reversing Trump’s resistance to globalism. Biden has said that on his first day in office he will “rejoin the Paris Climate Accord,” which will mark the first of many overtures to the “international community.” Where Trump emphasized putting “America first,” Biden will accentuate “alliances” — though that won’t include Israel, an alliance sure to weaken under Biden as it did under Obama. Critics of Israel will crawl back to the State Department under Biden.

If he is unable to pass any meaningful legislation through Congress, which appears likely, Biden will have to placate progressives through the bells and whistles of executive orders — through which he will restore all the Obama-era regulations Trump eradicated and add many new ones, to the detriment of America’s economy — and dramatic personnel choices. Biden has already dangled before them such darlings as the gun-confiscating Beto O’Rourke, whom he wants to “solve the gun problem” for him. Obama named many such ideologically fanatical “czars” in his quest to please the Left. Biden will do the same.

During the campaign, he promised progressives that he would flood federal agencies with left-wing appointments. The working group that he formed with Bernie Sanders after the primaries, in which Alexandria Ocasio-Cortez (AOC) headed up the climate change section, foreshadows the personnel choices to come. So does Symone Sanders, who worked for Bernie Sanders before joining the Biden campaign as a senior adviser. A self-described “rabid feminist,” she is exactly the kind of woke leftist that will populate Biden’s administration.

Radical retreads from the Obama years, combined with the radicals around Sanders and AOC, can all expect to find a cozy home in the Biden administration. The dominant media is already growing excited at the prospect of a cabinet and administration full of wild-eyed progressives. Among the figures under consideration, according to Axios, are Mike Bloomberg at the World Bank, Elizabeth Warren as Treasury Secretary, Pete Buttigieg as U.S. Ambassador to the UN, and Susan Rice as Secretary of State.

Biden will also throw out the welcome mat for the most swampy operatives in Washington. Biden’s entourage over the years has included such swamp rats as Ron Klain (a former Al Gore chief of staff) and Tom Donilon, a long-in-the-tooth lawyer who has worked in Washington since the days of Jimmy Carter. The Oval Office will overflow with such figures.

Finally, Biden will seek to stack the courts with liberal activists committed to accomplishing judicially what he can’t accomplish legislatively. “Gun manufacturers, I’m going to take you on and I’m going to beat you,” Biden has said. To make good on such promises, he will appoint to the courts opponents of the Second Amendment.

The Obama years, which saw the appointment of countless ACLU-style activists to the courts, serve as a preview of the kind of judges Biden will select. While Biden will have to put the Left’s court-packing plans on hold, he won’t hesitate to name open leftists to the bench. What size imprint this leaves on the law will depend on the degree to which the Senate opposes his choices.

A Biden administration represents a return to the failed Obama years. But in radicalism it is certain to go far beyond them. It will usher in four years of leftism, both old and new. But will a faltering Biden even be able to finish them? Will he hand the presidency off to Kamala Harris? These won’t be idle questions, as a shaky Biden takes office. Whatever happens, Americans are in for a very rough ride.