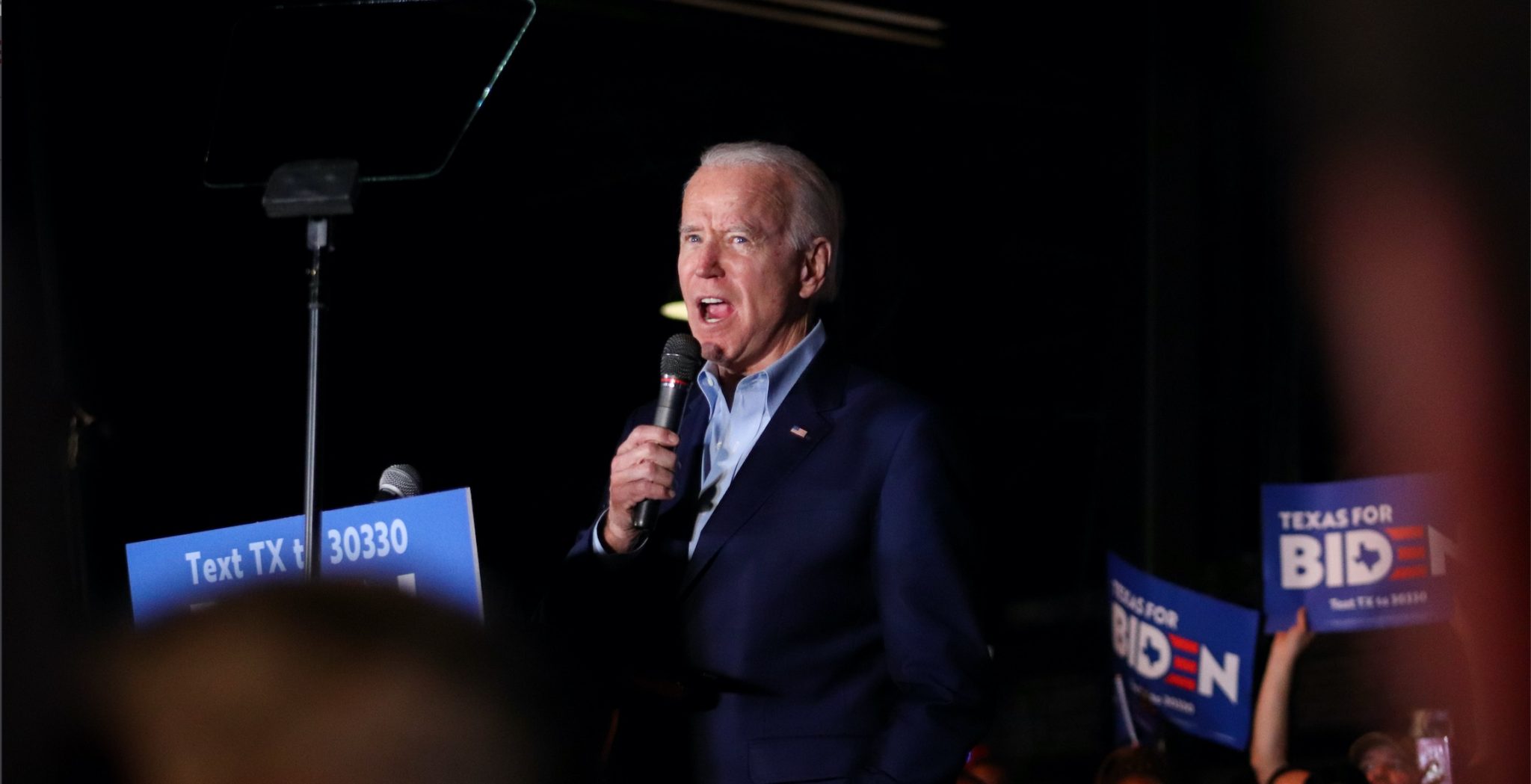 Call it an unforced error — a potentially serious backfire.

Over there at CNN, former Bill Clinton press secretary Joe Lockhart outs the Democrats’ greatest fear: that Joe Biden will be a disaster in the scheduled presidential debates with President Trump. So Lockhart’s recommendation to Biden? Don’t debate.

Lockhart’s stated reason for a Biden refusal to debate is, no kidding, this:

Whatever you do, don’t debate Trump. Trump has now made more than 20,000 misleading or false statements according to the Washington Post. It’s a fool’s errand to enter the ring with someone who can’t follow the rules or the truth. Biden will undoubtedly take heat from Republicans and the media for skipping the debates. But it’s worth the risk as trying to debate someone incapable of telling the truth is an impossible contest to win.

Let’s leave aside the amusing irony of someone who worked for Bill Clinton complaining that “It’s a fool’s errand to enter the ring with someone who can’t follow the rules or the truth.” Donald Trump did just that in 2016 with Hillary Clinton and won the debates going away.

Not to mention that if Democrats believe of Trump what Lockhart accuses, all the more reason to be on stage with the president and call him out face-to-face.

But one suspects Lockhart’s real fear — and doubtless that of many terrified Democrats — is that Sleepy Joe will simply prove a disaster on stage. As it is, even stage-managed from his basement, Biden appears all too frequently confused — rambling and frequently plain clueless to his location, the identity of the person he is talking to, or even something as basic as geography, the other day identifying Arizona as a “city.”

Bad enough that this would be a disaster in a debate. The real problem that Lockhart has unintentionally caused Biden is raising the question of what would happen with someone with these mental incapacity problems if actually in the White House as president. There is no rocket science required to understand that Biden, if elected, would be the first president since Woodrow Wilson where there was a felt need of those around him to hide his real condition from the public — while running the country in his mental absence.

In fact, the Lockhart advice has unintentionally drawn attention to what actually happened in the Wilson White House when Wilson was experiencing his own version of Biden’s problem.

For those unaware of the Wilson problem, it should be recalled that in the wake of World War I and its conclusion with the Treaty of Versailles, the then-president had promoted what he called a “League of Nations” to ensure that the recently concluded global conflict was, as the slogan went, “the war to end all wars.” Wilson made it his business to sell the League to his fellow Americans, because his opponents of the day, notably Sen. Henry Cabot Lodge of Massachusetts and Sen. Hiram Johnson of California — Republicans both — staunchly opposed the League. And the battle was on for Wilson to get the U.S. Senate to approve the League.

Thus it was that on September 2, 1919, Wilson departed Washington on his presidential train for a 27-day trip across the country to give some 30 major speeches in support of the League. With Republicans dominating the Northeast, and his fellow Democrats the South, the trip would focus on the West. Here, in a great Wilson biography by journalist August Heckscher, is what happened. (Heckscher also served as a cultural aide to President John F. Kennedy and to New York Mayor John Lindsay as Parks Commissioner.)

Just outside of Pueblo, Colorado, the Wilson train suddenly came to an abrupt, unscheduled halt. The president was suffering from “acute discomfort.” In fact, as was much — much, much — later understood, Wilson had in fact suffered a “transient ischemic attack — a warning of a severe stroke to come.” He was taken off the train to literally walk around in an empty field, his wife believing it would help him breathe better. Mission seemingly accomplished, he re-boarded the train and went to bed. The train was scheduled to be in Wichita, Kansas, for a morning speech from the back of the train.

Wilson awoke at seven in the morning, determined against all evidence to go on with the speech. While he bathed and dressed, his frantic wife and press secretary Joseph Tumulty (Wilson’s closest aide) conferred. Edith Bolling Wilson was Wilson’s second wife. Herself a widow, she married Wilson after he had lost his first wife early in his presidency.

When the president emerged, Edith would later say, he was “freshly dressed, shaven and looking, oh, so piteously ill.” The crowd outside at the Wichita station waited — and waited. Then a “forlorn” Tumulty appeared and read a statement. The president, he said, was suffering from “nervous exhaustion.” While his condition was “not alarming” he needed to rest — a lot. Thus, “With drawn shades, the train was ordered to proceed directly to Washington.”

It did. He was back in the White House by September 28 — and not doing well.

On the morning of October 2, Edith found him on the bathroom floor, unconscious, with blood covering his head and face. He was lifted into bed and cleaned up by Edith and his doctor. In the process they realized Wilson’s left side was paralyzed. Now what?

There was a Cabinet meeting. A suggestion was made, as the Constitution at the time provided, that in the event of a presidential disability a president’s powers should devolve to the vice president. And instantly, there was the rub.

Loyal Wilson aide that he was, Tumulty told the Cabine,:

You may rest assured that while Woodrow Wilson is lying in the White House on the broad of his back I will not be party to ousting him. He has been too kind, too loyal … to receive such treatment at my hands. And I am sure that Doctor Grayson will never certify to his disability.

Thus began, with the silent assent of some, with the active maneuvering of others, such a cover-up as American history had not known before.

Dr. Grayson issued twice-daily bulletins that “gave no hint the President had suffered a severe stroke, describing his illness as the result of overwork and exhaustion.” Grayson told Edith that she should have “everything” come to her because “every time you take him a new anxiety or problem … you are turning a knife in an open wound.” Said Mrs. Wilson later: “The only decision that was mine was what was important and what was not.”

Thus unwilled and only half pursued, a major share in the governance of the country fell to this woman of strong natural intelligence (but with no more than two years of formal schooling); of prejudices and preferences deeply rooted in her nature; and, not least, of passionate devotion to her husband.

The Secretary of War, Newton Baker, mused that the government was “out of business.” Edith made sure she was “keeping from the public the true nature of the President’s illness.” And she also made plain that she would prevent “serious consideration of the President’s resigning.” In fact, as Heckscher notes, there were three people and only three people that were “in direct charge of the president — his wife, his doctor, and his secretary.”

A version of this went on, with Wilson marginally improving, for the rest of his invalid presidency.

Without understanding just how what they are suggesting is going to backfire, Joe Lockhart and others (including political journalist Elizabeth Drew in the New York Times) are summoning the ghost of the Wilson presidency and the historical reality of just what happens when a president is incapacitated.

In fact, Dr. Jill Biden would be the Edith Wilson of a Biden presidency, doubtless instantly doing some version of what Edith did — protect her husband at all costs. So too would whoever is Joe Biden’s White House physician be playing an obvious role, with the words of Wilson’s Dr. Grayson to Edith Wilson worth remembering:

Every time you take him a new anxiety or problem … you are turning a knife in an open wound.

One can even suspect that some version of Dr. Grayson’s warning to Edith Wilson is already in play with Jill Biden, the senior levels of the Biden campaign, and Joe Biden’s inner circle.

In the wake of Joe Lockhart’s advice, Trump campaign manager Bill Stepien was instantly on the case. The headline over at the Hill:

Of course. And no wonder.