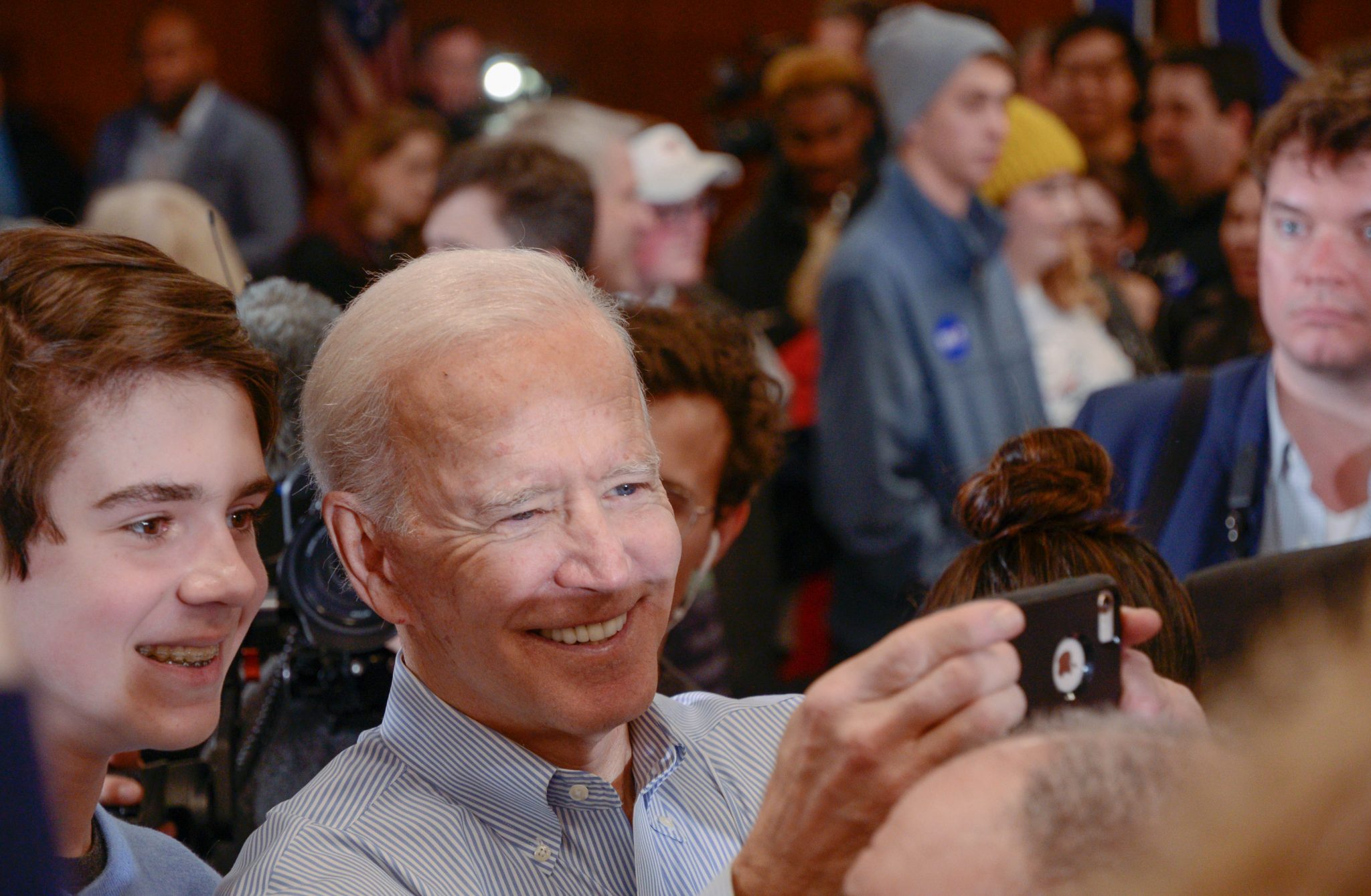 Biden’s campaign has turned him into a mirror, in which Democrat groups see themselves. By trying to be all things to all groups, he has become nothing. A mirror is, after all, faceless; there is nothing there unless someone else fills it. Yet Democrats are content to gaze narcissistically at themselves in Biden, imagining they will no longer have to see Trump.

The identity of today’s Democrat Party is identity-group politics. They have become utterly subservient to the belief that ever more narrowly defined groups must be represented and that such groups cannot legitimately be represented except by one of their own. The result is that Democrats in the name of diversity have tied themselves in a polyglot Gordian knot.

Nothing better represents today’s Democrat diversity dilemma than the party’s distended 2020 presidential field. Laughably large and ever-changing, it resembled nothing less than a political Survivor. Yet as the show finally ends, Democrats face the very opposite of intended outcomes: Their most diverse of fields will produce their least diverse nominee since 2004, one who represents neither their constituencies nor their aspirations.

Simply, Joe Biden must somehow reflect the diversity he does not represent, but which Democrats have celebrated, stoked, and demanded. That’s why he has become a mirror: Polished by pandering to high luster, each group can gaze into a looking glass where it sees itself — or at least its priorities — looking back.

Few groups have been as loyal to Democrats (voting 89 percent for Democrats in 2016), or as important to Biden, as blacks. Despite several credible black candidates running, Biden became blacks’ candidate of choice. They not only delivered South Carolina to him but they also saved his candidacy when no one else would.

Biden accomplished his remarkable feat with this vital constituency by wrapping himself in Obama’s mantle. Obama’s vice president for eight years, Biden has played his support for Obama for all — and more than — it was worth. No candidate made more use of Obama than Biden, despite Obama making scant use of Biden in his White House. Obama still has not endorsed Biden; rather, Obama’s blessing went to Hillary Clinton in 2016, even though Biden outranked her and served in his administration longer. Such slights have been but slight impediments to Biden.

Today’s Democrats have altered Horace Greeley’s “Go west, young man” into “Go left, young gender-neutral individual.” Liberals have returned that love, voting 84 percent for Democrats in 2016. This is where the Democrats’ action is; therefore, this is where Joe must be. But Joe — the quintessential establishment, career politician from pale-blue Delaware, selected as vice president to balance the liberal Obama’s ticket — had never been a liberal lion … until now.

Biden 2020 has been decidedly left. There has been virtually no left priority Biden has not chased to at least some degree — enlarged Medicare, free college, higher taxes. Although he has not leaned as far left as the most extreme, he will still be the most left nominee of a major party in American history.

At the same time Biden has been his most left, he also has sold himself as a moderate. It’s easy to see why. Moderates made up 39 percent of 2016’s voters, and they voted 52 percent Democrat. Biden has received invaluable help here from the establishment media, who insist on labeling him as a moderate, despite his no longer being so.

If moderates look backwards into Biden’s past, they can see their reflection. They rely on Biden’s career politician pedigree to see the image they wish. Moderates trust that today’s left Biden is not the real Biden, and that tomorrow’s President Biden will be yesterday’s Sen. Biden. Essentially, they are hoping today’s hypocrite can be trusted to turn again.

If that is confusing, then consider Biden’s play for the youth vote. Voters of ages 18–24 went 56 percent for Democrats in 2016, so Biden needs them too. Considering the 77-year-old Biden was in the Senate (1973–2009) far longer than this age cohort has been alive, this is a big challenge.

Biden initially covered his youth vulnerability by supporting free college for all for two years; then, in the last debate, he upped his bid to four years for some families. He also now supports expanding student debt forgiveness, including debt forgiveness in bankruptcy, despite voting in the Senate to make bankruptcy harder to declare and student loan debt harder to discharge under it. To paraphrase Bob Dylan, “Biden was so much older then; he’s younger than that now.”

Making women see what they want to see when looking at him is perhaps Biden’s greatest challenge. Women voted 54 percent Democrat in 2016 — when the Democrats’ nominee was a woman. Numerous female opponents have fallen by the wayside, as have last year’s allegations that Biden had touched several women inappropriately.

Biden addressed knocking several women out of the race and his Me Too issues by preemptive pander. At the last debate, he said, “I commit that I will in fact pick a woman to be vice president.” Instead of saying he would pick a specific woman, whom he thought the most qualified person to serve with him, he simply picked the entire gender. Apparently, he will narrow that half of the population down later. This is identity-group politics at its most blatant, because for him it is the most necessary.

Democrats depend heavily on all these groups. They comprised more than 10 percent of 2016’s electorate and all voted Democrat. But Democrats also insist on identity-group politics, and their nominee represents none of these groups. Viewed through the identity-group lens, Biden is their very opposite in many cases.

Unable to represent them, Biden has determined to reflect them instead. He has become a mirror. Actually, to accommodate the Democrats’ myriad of groups, he has become a veritable hall of mirrors. Within it, Democrats can wander lost in the illusion, happily looking at themselves — never seeing Biden, because, like a mirror, there is nothing there to see but themselves. The problem is that the rest of America is likely to see through him — even as Democrats refuse to.