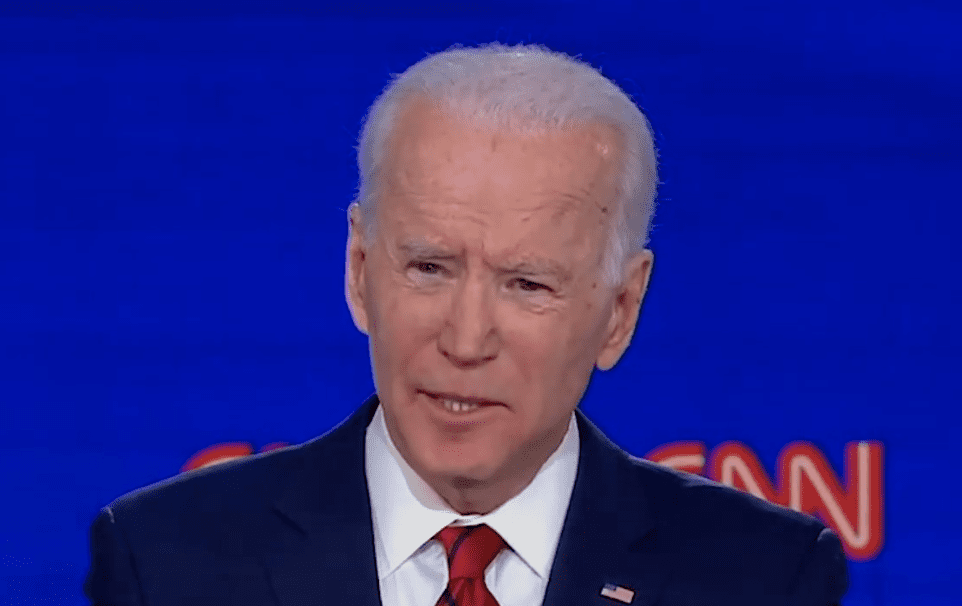 In Sunday’s Democratic debate, Joe Biden committed to naming a woman as his vice president and a black woman as his Supreme Court nominee. If you are male, your application is not welcome for either job. If you are a white, Asian, or Hispanic woman, do not apply for the Supreme Court job. Your application will be tossed into the trash solely because of the gender or race you happen to have been born into. Title VII of the federal Civil Rights Act of 1964 prohibits American companies from discriminating on these grounds. Technically, it does not apply to a presidential candidate’s choice of a running mate or nominee. Thus, Biden is free to engage in this discriminatory conduct, for which most U.S. companies would be subject to a legal suit in federal court. His actions, however, certainly violate the intent of the Civil Rights Act.

In light of the coronavirus pandemic, Biden may be wise to weight experience with and knowledge of pandemics over one’s gender.

The vice president of the United States is next in line to be president. If Biden wins, he will be 78 to 82 years old during his presidency. Upon his inauguration, he would immediately become the oldest president to serve at any time in office. Considering the exigent circumstances of today, this is no time to exclude half of the population from being considered for the second most important, and potentially the most important, job in the world. In light of the coronavirus pandemic, Biden may be wise to weight experience with and knowledge of pandemics over one’s gender. (On his campaign website, Biden himself highlights 24 “plans” to deal with America’s biggest problems, from immigration to climate change to health care to opioids and criminal justice. He had no plan for pandemics.)

The U.S. Supreme Court, meanwhile, serves the vital role of impartial arbiter of truth and justice, interpreting the Constitution and federal law and deciding disputes between the executive and legislative branches. While in law school, I had the honor of attending a speech given by then–Supreme Court Chief Justice William Rehnquist. During the Q&A after the speech, I asked him whether or not he thought it was important for there to always be at least one minority and one woman on the bench (at the time there was one of each: Justice Sandra Day O’Connor and Justice Thurgood Marshall). His answer was simple and direct: “No.” After a long pause he explained, in essence, “Justice is blind. A justice’s job is to interpret the law. One’s gender or race is irrelevant to that task.” Joe Biden has a Juris Doctor degree (though he finished 76th in a class of just 85). He should understand this. Yet he has implemented a rule barring all men and non-black women from being considered for the Supreme Court.

Unfortunately, Biden’s nakedly political gestures are not illegal. The only remedy for men, non-black women, and people concerned about the civil rights of all is at the ballot box.

Jim Breslo is an attorney, host of the Hidden Truth Show, and founder of RealKast, a new media company. He was formerly a partner at the international law firm Seyfarth Shaw, defending companies and individuals against alleged civil rights violations.