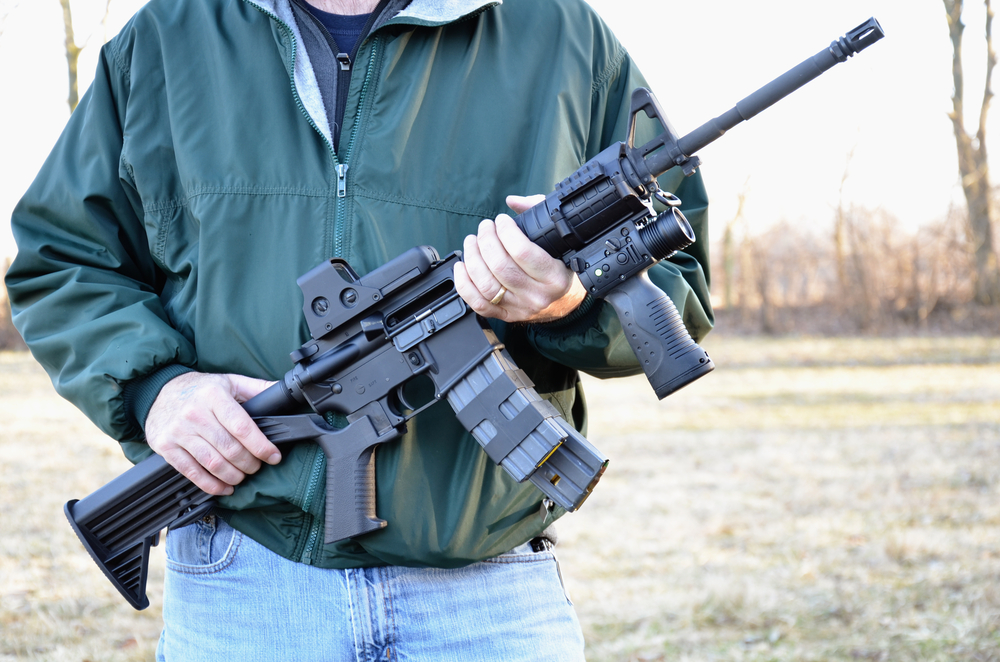 President Biden’s assault on the Second Amendment has begun, propelled by the murders in Atlanta, Georgia, and Boulder, Colorado. Biden’s assault will last beyond his presidency, as demonstrated by the number of courts, government agencies, and liberal politicians who will sustain it.

The Democrat–Media Axis have been frustrated by their lack of success in limiting Americans’ gun rights since the Supreme Court, in 2008, decided in D.C. v. Heller that the Second Amendment protected individuals’ rights to keep and bear arms, not only those of organized “militias.” Now, because they control the presidency and both houses of Congress, the Democrats believe they can pass a raft of legislation that will effectively overturn Heller and emasculate the Second Amendment.

They’re willing to do anything to accomplish it.

Biden has proclaimed his support for a ban on “assault weapons” and “high-capacity” magazines, both of which are defined however the gun controllers want them to be. He has also threatened executive action on so-called “ghost guns,” which are assembled by consumers from parts that have no serial numbers and aren’t subject to background checks.

Those actions, which we’ll come back to in a minute, will likely be tried this year. Before we get to analyzing them, we need to understand the flood of parallel actions that Congress, federal agencies, and courts are doing to sustain the assault on our gun rights.

The U.S. Circuit Court of Appeals for the Ninth Circuit (aka the Ninth Circus) ruled last week that Americans have no personal right to carry concealed weapons. An 11-judge panel sustained a Hawaii law that requires a person to demonstrate an urgent need to protect life and property to qualify for a concealed-carry permit.

The court ruled specifically that “We can find no general right to carry arms into the public square for self-defense” and that “The power of the government to regulate carrying arms in the public square does not infringe in any way on the right of an individual to defend his home or business.”

The Ninth Circus opinion dares the Supreme Court to change its decision in D.C. v. Heller, in which the private right to bear arms was sustained over a D.C. ban on handguns. That decision both baits the Supreme Court and makes clear how tenuous our Second Amendment rights are.

Were it not for the votes of Justices Alito, Thomas, Kavanaugh, Gorsuch, and Barrett — all of whom probably will overrule the latest Ninth Circus mess — Heller could easily be reversed. The liberals are looking forward to the day when a liberal majority can be created on the court. Our Second Amendment rights are as fragile as that Supreme Court majority is susceptible to evaporation.

Think about this: Biden favors limiting or ending the Senate filibuster rule. If that happens, and it is entirely foreseeable, any gun control legislation the Democrats propose — and everything else they want — will pass and be signed into law by the president. They’re taking steps to prepare for a big anti-gun push.

One area of preparation is the Centers for Disease Control and Prevention (CDC). In the early stages of the COVID pandemic, Trump tried to depoliticize the CDC. But now, for the first time since 1996, the CDC is studying gun violence. So are the National Institutes of Health, both of which are able to do so thanks to the end of a 1996 legislative ban on federal funding of studies that would advocate or promote gun control.

These studies will be thoroughly political and will advocate all sorts of “solutions” to gun crime. They will be used to propel “progressive” actions on gun control that will whittle away at our Second Amendment rights.

The Democrats’ claim that their efforts to restrict gun rights — banning “assault weapons,” extending background checks to all ownership transfers, limiting the capacity of magazines, and more — are efforts to protect public safety. But they are, as they always have been, false remedies.

Law-abiding gun owners such as myself — and, I expect, many or most of you — are no danger to anyone. The fact is, as it has always been, that criminals and the mentally ill are not going to obey laws that restrict gun ownership, possession, or use.

Liberals know this. Take the issue of background checks.

In 2018, Biden’s son, Hunter, had his sister-in-law turned lover, Hallie Biden, take a pistol he owned and throw it into a dumpster outside a grocery store in Wilmington, Delaware.

Hunter said, “Then when the police the FBI the secret service came on the scene she said she took it from me because she was scared I would harm myself due to my drug and alcohol problem and our volatile relationship and that she was afraid for the kids.” The gun was gone from the dumpster when police arrived and later turned in by a law-abiding citizen.

Hunter allegedly lied on a federal gun-purchase form to purchase that pistol from a licensed dealer by checking a box that denied he was a drug addict or user. No thanks to Hallie or Hunter, no one was killed with the pistol before it was recovered.

The Boulder shooter, Ahmad Al Aliwi Alissa, purchased the rifle he used to murder 10 people in a grocery store from a federally licensed gun store after passing a background check. Alissa was reportedly on an FBI watch list because he allegedly swore allegiance to ISIS.

More background checks aren’t going to stop murderers such as Alissa or idiots such as Hunter Biden. The Democrats know this, but they don’t care because they want to restrict gun sales — even gifts — by law-abiding citizens.

Biden is reportedly considering how to use executive orders to restrict gun rights and may act this week to require restrictions on “ghost guns.”

“Ghost guns” — named so by the media because they sound scary — are guns assembled from parts that have to be drilled or milled before a functioning firearm can be made from them. Such parts are available on the internet because such parts aren’t legally firearms and the “ghost guns” lack serial numbers. The ATF may reclassify those parts as firearms, thus bringing them under federal gun sale laws.

Biden wants to ban “assault weapons,” an undefinable term that the media use to describe any weapons built to resemble the AR-15 rifle. But what would a ban require?

The original “assault weapons” ban, enacted in 1994 and expired in 2004, had little or no effect on gun crime. Competing studies claim that it had either no effect or it would have reduced gun crime but for the fact that high-capacity magazines (another undefinable term, usually referring to magazines that can hold more than 10 rounds) were still available.

What would Biden’s ban do?

It could require that owners of such firearms surrender them to the government, the so-called “mandatory buy-back” (despite the fact that the guns weren’t purchased from the government.) But there are about 12 million AR-15-style rifles in Americans’ hands now, and about 1.3 million are sold each year. How would government enforce such a plan?

Any such requirement to surrender lawfully purchased firearms should be patently unconstitutional. But, if the conservative majority on the Supreme Court were no longer a majority, the Court could uphold such a ban.

A ban on the sale of high-capacity magazines would also be unconstitutional but could be upheld if the current Supreme Court majority became a minority.

Cities and states such as Chicago, California, and New York City have some of the most restrictive gun laws in the nation. None of those laws prevent crime, as the constantly skyrocketing record of shootings and murders in Chicago demonstrates.

Democrats insist that these laws fail because guns come across state borders. The only answer to that, they claim, is to make the gun control laws federal. They have proposed gun laws that would overturn Heller incrementally.

HR 8, for example, would criminalize private transfers of guns — even loans to family members and friends — making felons out of many Americans. It would be unenforceable unless there were federal gun registration laws.

HR 127 does just that. It would establish a law requiring ATF to establish a system for licensing all guns and ammunition in America and federal registration of all guns.

In too many places around America, the heavy hand of government already controls guns. When my father died in 1978, he had held a New York City concealed-carry license under the Sullivan Act, a kind of license that is very hard to obtain. Standing in his kitchen the day after he died, while I was arranging his funeral, I received a call from a man claiming to be a member of the New York City police department. He threatened me that if I didn’t surrender his pistol within 24 hours, I would be jailed. I hung up on him.

That’s what mandatory federal licensing of guns and ammo means. The potential for confiscation would always be on the minds of some government officials.

Other Democratic proposals would impose taxes on guns and ammunition. High enough taxes — and who can doubt that they would be excessive? — would place enormous burdens on law-abiding gun owners.

Biden’s assault on the Second Amendment will be fought in the courts, but, as we’ve seen, the courts are no guarantee that the Heller decision won’t be eroded or overturned.

The Second Amendment should be inviolate, but it isn’t. We are in for a very long fight, and we cannot falter or fail because the gun grabbers won’t stop trying. As long as the Democrats hold both houses of Congress and the presidency, as long as they are governors and mayor of major cities, this fight will go on.