by Melissa Mackenzie
Mark A. Lee/Shutterstock.com 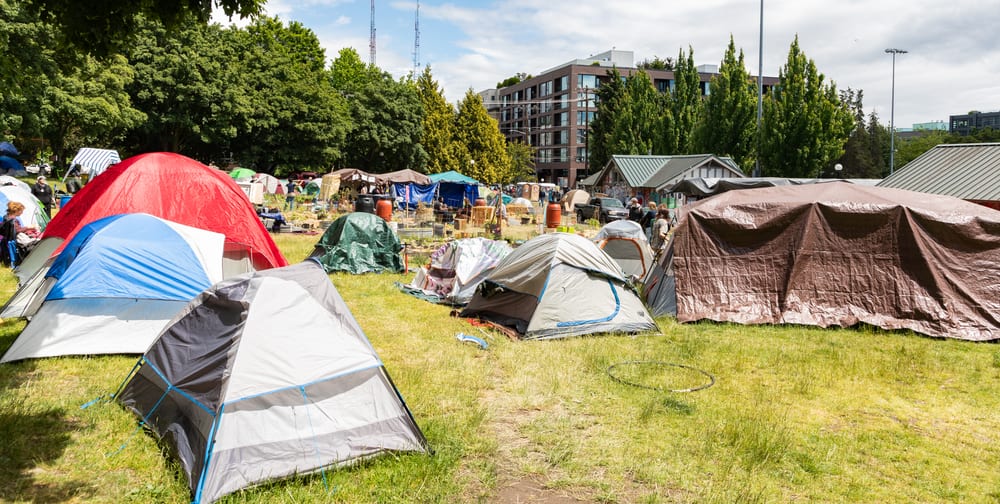 President Trump’s Rose Garden speech July 14 included a small aside about reversing the Orwellian-named “Affirmatively Furthering Fair Housing” (AFFH) regulation put in place by Obama that would be expanded should Joe Biden win the presidency. This small regulation will result in some big consequences.

Before getting to that, though, it’s important to take 10 minutes and read the source: the Biden–Sanders Task Force recommendations. It is a utopian document filled with communist dreams. It strips local control in myriad ways, from city planning to infrastructure to housing to environment. It will destroy millions of jobs. It will over-regulate American businesses, prompting them to move operations out of the country. It will make new home-building prohibitively expensive and force more low-income people into government housing. Nearly all aspects of American life would be regulated, centralized and socialized.

The upside to the recommendations treatise? It’s short and encapsulates the Left’s totalitarian dreams. The Democrats really should change their name to National Socialists, as they want to centralize government power and socialize the country. It would be more accurate.

It’s not surprising that when President Trump gave his Rose Garden speech Tuesday, he wove in a response to Biden’s puppet masters. Most people don’t know Biden’s leftist aims because the media hide it. Trump illuminated them for the American people. (Watch the speech here.) The recommendations spell doom for the country if even parts of it are enacted. One section explains building on the insidious AFFH regulation. It is potentially the worst recommendation, and for reasons the Democrats haven’t considered.

Nestled in the Task Force document is this paragraph:

Democrats will lower families’ energy bills by making energy-saving upgrades to up to two million low-income households and affordable and public housing units within five years, creating hundreds of thousands of jobs and promoting safe, healthy and efficient homes. To address the nationwide shortage of affordable housing, we will supercharge investment through the Housing Trust Fund to greatly increase the number of energy-efficient affordable housing units on the market and create jobs. We will address barriers and increase funding for programs that enable energy efficiency improvements for low-income families in urban and rural areas, including through the Weatherization Assistance Program and the Rural Utilities Service. (Emphasis added.)

To understand this small sentence, one must navigate the legalese in the HUD rule it’s based on, which can be found here. It’s a lot, but the nut of it is in the second paragraph from the end:

HUD believes that fair housing choice exists when a jurisdiction can foster the broad availability of affordable housing that is decent, safe, and sanitary and does so without housing discrimination. To that end, HUD is proposing to evaluate how program participants are carrying out their AFFH obligation as a threshold matter by using a series of data-based measures to determine whether a jurisdiction (1) is free of adjudicated fair housing claims; (2) has an adequate supply of affordable housing throughout the jurisdiction; and (3) has an adequate supply of quality affordable housing. Jurisdictions that score highly using these metrics (or through improvements over a 5-year cycle) would be eligible for various incentives in HUD programs. HUD would focus remedial resources and potential regulatory enforcement actions on the lowest performers. (Emphasis added.)

Basically, every community in America reports to HUD with detailed data and metrics about their low-income housing. Washington, D.C., bureaucrats arbitrarily set what an “adequate supply” of housing is for low-income people. They arbitrarily decide what “quality” is. This is to ensure that low-income people can find HUD housing in any community, or else the community risks losing federal funding and being punished with “potential regulatory enforcement.” If this all sounds vague and easily manipulated, it’s because it is. It’s a gross overreach on local control. It’s also overly broad, giving bureaucrats with no understanding of the local community the ability to punish the community on their whims.

Like most utopian leftist dreams, it will result in the exact opposite of the hoped-for outcomes. President Trump highlighted one obvious problem: that huge public housing units in suburban neighborhoods would lower home values. A deep dive into the research yields mixed results. (Read more here.)

But that’s not the worst problem.

The worst side-effect of this “cure” is the harm done to low-income people. Most suburbs simply aren’t equipped to serve the people who need low-income housing. Why? Because very poor people cannot afford cars and the maintenance, gas, etc. required to get the resources they need.

In a city, a lower-income person can walk to the store, walk to the bank, and, most importantly, walk to his job. In a suburb where people commute to the city for work, the low-income person is marooned and further isolated from resources. Something as simple as picking up his child from school can become a logistical difficulty.

Leftists would surely find further “cures” for the new harms they create by isolating low-income people from resources. Likely, they’d expand public transportation, give low income people vouchers to travel to the city, etc. This would add to the tax burden.

The ultimate goal would be to tether suburban communities to the cities they surround. The suburbanites seeking an escape from the city, though, won’t want city problems and so-called solutions being transported where they moved specifically to escape them.

Forcing suburbs to abide by insane reporting and building regulations costs more in time and trouble and is ultimately unnecessary. In suburbs that do have the infrastructure to handle low-income housing, low-income housing gets built. The market responds to the need. A community with low-wage jobs and service jobs needs workers for those jobs, and those workers need housing. Because suburbs are often outside the strict zoning and regulatory city environment, housing goes up more quickly, is often superior in both amenities and location for the worker’s needs, and is cheaper.

In contrast, cities like San Francisco are so expensive that poor people simply cannot live there. They live in tents. They poop on the street. There’s not enough low-income housing, and there is no housing being approved to build. So why are suburbs and rural environments being targeted? Could it be because they tend to be Republican power bases?

These shortcomings might all be moot. The COVID-19 crisis has thrown a major wrench into the culture and dynamics of urban, suburban, and rural living. In today’s Telegraph, a headline blares: “The death of the commuter is an extinction-level event for London: The capital is bankrupt, its business model destroyed by shifts in behaviour that may never now be reversed.” Suburbanites are more likely to be in white-collar jobs and are still often working from home or working a modified schedule and traveling to the city less. While cities are currently hotbeds for crime and “protesting” and defunding of police, suburban workers are staying home. Not only that, but city dwellers are moving out. San Francisco and New York cities are seeing both rents and home values sink as inhabitants decide they had enough. Residents are voting with their zip code.

This exodus will gut tax revenues in cities. Lawlessness and misguided urban policies will make cities less habitable, forcing more residents to leave. For end-stage entropic chaos, one needs only to look at Detroit. The 1968 riots began the devolution. The city has never recovered. Democrats running Chicago, St. Louis, Seattle, Portland, and New York might want to visit Detroit and not the tiny “opportunity zone” by the RenCen. It’s bleak and reveals where the greed, avarice, psychobabble platitudes, and punishing taxes and regulatory policy lead. Smart people leave. The city collapses under its own weight.

Attempts by Biden’s communist handlers to reverse this or to force suburbs to make the same failed policy choices are likely to inspire rebellion — if the voters know about what the policies mean for them. Biden’s best chance is keeping his policy plans hidden with him in his basement. That’s why President Trump decided to compare and contrast in the Rose Garden. That’s why news organizations panned away from the press conference. They want to hide the plans. Americans would reject them if they knew.

Communists lie to obtain power. It’s the only way. But once in power, destruction follows. AFFH is one small part of the Biden–Sanders Task Force recommendations. Each and every part of it would destroy America, harm American workers, homeowners, businesses, and the quality of life of nearly every citizen except the richest, who could weather the storm, ensconced in their elite bubbles, untouched by the problems of their lessers. Rather than having a robust middle class, Americans will be miserable, with only the few having the resources to avoid the pain.

The Task Force’s utopian dreams would make all of America into the boarded-up, burnt-out husks of her cities. Rather than making America great, the country would be one big CHOP commune where everyone is equally housed in environmentally friendly tents and starving next to the community garden.