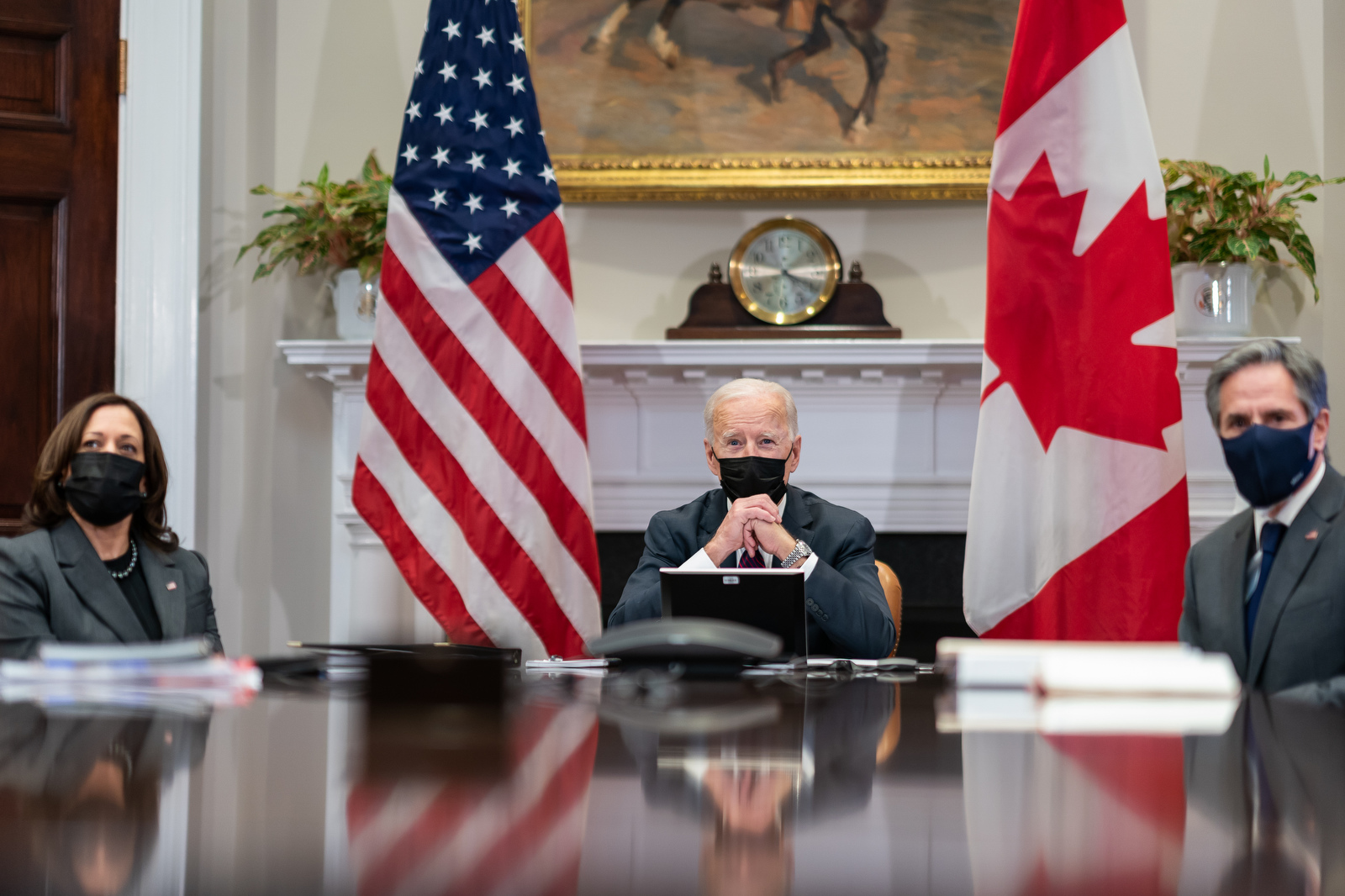 Respected Washington Post journalist and CNN host Fareed Zakaria has thrown down the gauntlet by betting that President Joe Biden “can show us that Reagan was wrong” when the Gipper said that “government is not the solution to our problems. Government is the problem.”

The headline in the Washington Post was “Biden is showing government can work,” and this assertion was supported by a commitment from a Biden White House official that “For people like us who believe in government, task number one is to make government work.”

As President Ronald Reagan’s first civil service director at the U.S. Office of Personnel Management, I will take the bet. While Zakaria recognizes the difficulty for Biden, the problem is that no one can make this colossal bureaucratic morass work. President Biden is further complicating matters with trillions of dollars worth of additional, impossible-to-fulfill promises, more policy complexity, more bureaus, more red tape, and more power for obstructionist government unions, which even Franklin Roosevelt knew were incompatible with effective government.

President Reagan even said that one of the reasons why he cut 100,000 domestic bureaucratic positions and reduced spending was to make government better able to concentrate on fewer issues to make the rest more efficient. Complexity has increased dramatically since his days, indeed so much so that the progressive Brookings Institution admitted in 2014 that the present numerous levels and complexity of national government make it impossible to do things right.

As recently as March 4, 2021, the bureaucracy’s hometown Post itself devoted its front page and a long inside story to a Senate hearing investigating why the U.S. Capitol was overwhelmed in January by a motley crew of extremists hiding within a peaceful protest, when warnings about extreme elements were sent by the FBI but were ignored. A page-two separate analysis by political journalist Robin Givhan found that those who were testifying were stonewalling, saying that “In a bureaucracy, no one has answers.”

Givhan explained that the career assistant director of the FBI, the assistant homeland Defense secretary, the undersecretary for intelligence at Homeland Security, and the commanding general of the D.C. National Guard all evaded responsibility for the problem: “It was a frustrating hearing, if only because everyone seemed to be spinning in circles explaining how things unfolded but no one could really get to the heart of why.” She concluded, “The bureaucracy would not second-guess itself. There would be no follow-up.”

Is all of this President Trump’s fault, as Zakaria and Givhan tended to imply? My recent book The Enduring Tension presents details on more than 50 additional agency examples, many from the Obama administration and earlier. Previous books demonstrated hundreds more back to the rise of the welfare state. But forget about my examples. The progressive Brookings report on the subject mentioned earlier is titled “A Cascade of Failures” and summarized, “The question is no longer if government will fail every few months but where. And the answer is ‘anywhere at all.’ ”

Legal analyst Philip K. Howard argues big government’s problem is that it sets policy goals but also says exactly how they must be implemented. The unavoidable consequence is paralysis, because “The complex shapes of life rarely fit neatly into legal categories.” Protesters take to the streets assuming that someone can make real changes. But these merely produce more simplistic goals and ineffective means to achieve them. The Feds remain in thrall to the “Progressive Era dream” of “purging human judgment” from government and substituting abstract plans by experts — resulting in “today’s nightmare” of enfeebled Washington administration, as George Will summarizes Howard’s points.

Even Zakaria himself recognized the basic problem in an earlier column, referencing public administration top expert Paul Light on the growing “thickening of government,” with 18 opaque layers between the top decision-makers and real people below suffering from COVID-19 on the street who need help. Zakaria then concluded, “The U.S. government now resembles a dinosaur — a large lumbering beast with body and little brain, increasingly well protected but distant from ordinary people and unresponsive to the real challenges that confront the nation.”

As he noted, part of the problem is that the Constitution’s separation of national branches and divisions of state powers frustrates the progressive dream of central control. This is magnified by the political problem that one party actually knows how to manage the government politically, but the Democrat’s labor union allies keep them from doing so. The Republicans, on the other hand, think they can run government like a private-sector corporation when government’s essence is political. In theory, political appointees are supposed to provide management leadership, but, as two-time Attorney General William Barr learned, there is a tendency among those in government “to let the bureaucracy run itself, to sit in the office and look at the inbox. After all you can never get in trouble by going along with the institution.”

Toward the end of his administration, President Donald Trump tried to give political appointees additional legally allowed powers over career bureaucrats and unions to make them work better. But these attempts at reform were upbraided by a page-one Washington Post headline for being a “focused assault on the civil service,” and then stories against “targeting” and even “endangering” career employees, and claiming a “purge” of federal workers, to say nothing about complaints from unions and congressional allies — all confirming Barr’s point.

In 1978, outsider President Jimmy Carter was able to adopt a comprehensive Civil Service Reform Act to make career officials more responsible to political appointees so that they could better implement policies adopted in law as a result of popular elections. But Carter was unable to reap the benefits of his reforms since time ran out after his defeat by Ronald Reagan in 1980. The new administrative reforms allowed Reagan political executives like me to better measure performance, relate pay to that performance, and discipline the shirkers. But the reforms were whittled away by Democrats under union pressure and Republicans unwilling to fight them. Your author recently went back into government after a long absence and found it significantly more bureaucratized and unresponsive than it was before the Carter reforms.

Reagan himself was not against government, but he was a vigorous supporter of decentralization. He was vigorously opposed to an unconstitutionally large centralized government bureaucracy with experts trying to do the impossible by running everything from the top. He believed that devolved federalism was the “secret of the success” of our Constitution and our country.

President Biden promised to “rebuild America” and to replace Trump’s decentralization in handling the coronavirus, the environment, labor policy, elections, and the rest with central plans promising nirvana, if not through legislation then with his own executive orders.

Empty political promises are the real cause of today’s discontent, and Biden will soon learn the hard way that know-it-all centralization simply cannot work. I would not be too surprised if somewhere deep down Mr. Zakaria knows that, too.