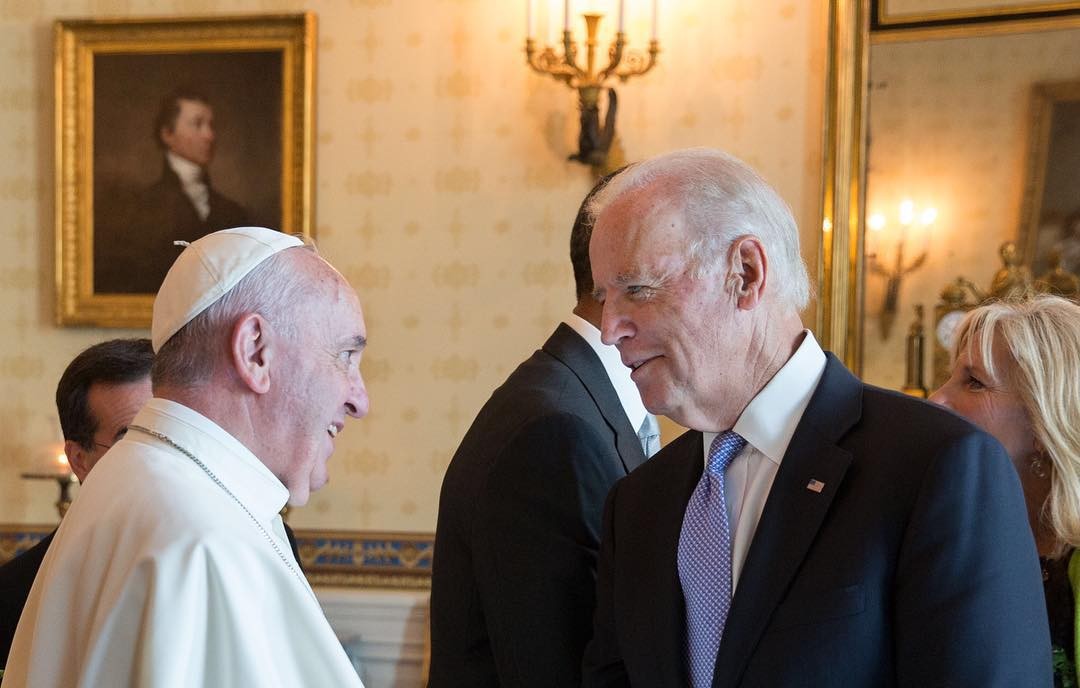 “Western civilization under its capitalist economic order has produced a worldwide cornucopia of consumer goods and a remarkable improvement in human health,” writes Donald Devine in The Enduring Tension: Capitalism and the Moral Order.

“But few among the beneficiaries are grateful,” he continues. “Many in the West are instead reconsidering socialism as an alternative economic order and way of life.”

Devine’s book is a learned, sound, and detailed answer to these critics. It couldn’t come at a more opportune moment, as global leaders from Joe Biden to Pope Francis seek to move the Western world away from capitalism.

“The conception of humanity that sustains and justifies a pluralist, capitalist social order derives from Judeo-Christian beliefs, beginning with the doctrine of a caring Creator who made humans in his own image, endowing them uniquely with a moral worth that inheres in every person,” he writes.

The fundamental justification for capitalism is moral, not material, Devine reminds us. Capitalism corresponds to the rationality and freedom of man’s God-given nature. Far from denying the good of human nature, capitalism is proportioned to it. “Human beings are distinguished from other creatures by mind and moral freedom,” he writes. “This freedom cannot morally be taken away by others without informed consent — which was John Locke’s moral justification for a free capitalist society.”

Devine engages the critique of capitalism by Pope Francis and finds it “well-intentioned” but unpersuasive. Devine argues that it fails to appreciate the moral basis of capitalism, which the pope’s own Christian tradition upholds.

“Contrary to Pope Francis’s charge that capitalism lacks a moral foundation, Adam Smith argued in favor of free markets not primarily on the grounds of pragmatic utility or scientific efficiency, but on the basis of moral goodness and justice,” Devine writes. Past popes recognized the “morality of individual freedom” that underpins capitalism:

Pope John Paul II presented a more balanced perspective on capitalism and freedom in Centesimus Annus (1991), acknowledging the benefits of free markets while advocating some restraints. He emphasized the need for compassion toward the poor, but criticized the regulatory “excesses and abuses” of the welfare state. The principle of solidarity must be balanced with that of subsidiarity, in which the “free exercise of economic activity … will lead to abundant opportunities for employment and sources of wealth.”

For John Paul II and Benedict XVI, familiarity with the evils of communism and Nazism served to illuminate the virtues of freedom and the benefits of market capitalism, when disciplined by moral obligations.

Devine writes that Pope Francis’s dim view of capitalism derives in large part from his exposure to a warped version of it that took hold in his homeland of Argentina:

The experience of his native country had a searing effect on Jorge Mario Bergoglio, who would become Pope Francis. Argentina had developed a successful capitalist economy by the dawn of the twentieth century and was ranked among the ten wealthiest nations per capita. A hundred years later it had dropped to around seventieth place, and little of its wealth was trickling down into the wider population.

Argentina fell into “crony capitalism,” which is “precisely the opposite of free-market capitalism,” says Devine. “This is the background for the pope’s thinking.”

Consequently, Pope Francis tends to see capitalism as a source of poverty rather than an answer to it. What he proposes in place of free-market capitalism would in fact hurt the very poor people he purports to help. Free-market capitalism has lifted millions out of poverty; the socialist welfare state has not. Its record is one of consistent failure.

Devine asks, “Given the clear moral benefits of free markets — and the failures of government regulators to improve upon them very much — would it not be immoral to deny a capitalist order to the poorer nations of the world?”

The data on global poverty, he notes, contradict the pope’s caricature of capitalism:

Pope Francis claimed that wealth from an expanding market economy never “trickles down” to the poor. “Trickle-down economics” may be widely derided, but free markets are in fact the primary ways that wealth has reached the less fortunate. Responding to the pope’s criticism, Rev. Robert Sirico of the Acton Institute noted that the International Labor Office had estimated that the number of people on earth earning only $1.25 a day or less fell from 811 million in 1991 down to 375 million in 2013. No other explanation for that success is more plausible than the spread of market capitalism during that time.

Laurence Chandy and Geoffrey Gertz of the Brookings Institution estimated that the total number of poor people in the world fell by half a billion between 2005 and 2010, after India, China, and other countries had adopted market-oriented reforms. This progress cannot be credited to a governmental redistribution of global wealth, or a colossal outpouring of charity, as those things did not happen. It could only have come about through market productivity and more open trade.

Devine examines the false promises and assumptions of socialism, a discussion of particular relevance as the American government under Joe Biden resumes its flirtation with them. Devine’s chapter on the bogusness of the “expert bureaucracy solution” to which socialists are drawn sheds light on many of the errors to come under Biden. That false solution gives rise to “welfare-state bureaucracies,” which invariably fail. They can solve neither large nor small problems and assert a scientific expertise that they don’t possess.

“F. A. Hayek argued that the progressive idea that centralized, scientific planning could solve humanity’s manifold problems was based on analogies to physical science that vastly underestimated human complexity,” Devine writes. “Hayek was especially skeptical of the notion that rationalizing experts in central government headquarters using inefficient bureaucracies, imperfect understanding of the facts, and inherently limited scientific methods could somehow perfect complex human nature — calling this presumption a modern ‘superstition’ that would mystify future generations.”

Politicians like Biden are in thrall to that superstition, even as they claim a monopoly on “truth” and “facts.”

Devine argues that the best answer to today’s problems lies not in a return to the “big government failures” of the past but in the preservation of a free-market capitalism informed by morality and religion. Capitalism was a product of the Christian middle ages, he writes, and its continued strength depends on the supports of “moral custom and traditional law.”

“Most theorists identified the medieval moral code as the source of the capitalist moral order,” according to Devine. He observes that the “moral supports of capitalism” came out of “the biblical moral code, property rights from Roman law, a Christian-inspired individualism, the monastic valorization of work, and early banking practice.”

Will the West give up on this capitalism? Or will it shore up the moral and religious supports that justified it? That is the “civilizational choice” before us, says Devine in his concluding chapter. The Enduring Tension is an important reflection on that choice and the grave consequences for the West if it makes the wrong one.