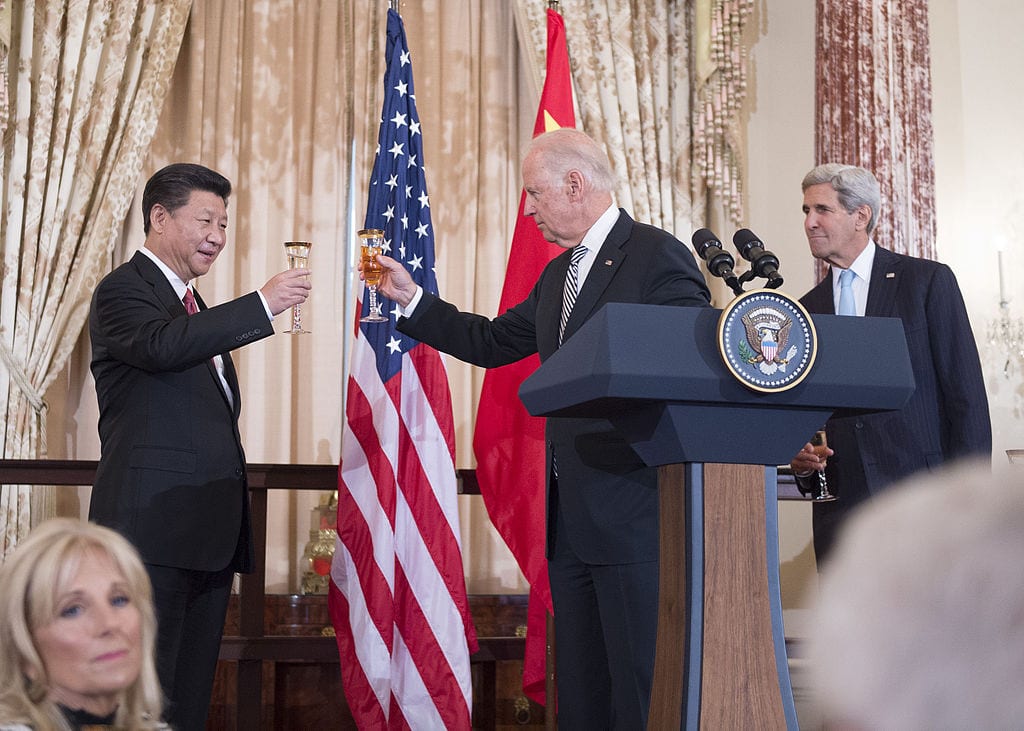 Joe Biden will lose the election on China. America is a divided nation on seemingly every issue, but increasingly unified in opposition to China. But because Biden cannot join this unity of opposition, he is ceding this lopsided issue to President Trump.

For America, coronavirus has crystallized years of bad Chinese behavior. Almost 100,000 deaths, 1.7 million cases, 39 million lost jobs, and a locked-down nation have brought back to mind all China’s committed, but overlooked, sins.

Last week, the administration delivered to Congress a 16-page letter, which dispassionately outlined China’s past and ongoing transgressions. It puts them into three main categories: China’s challenges to America’s economy, security, and values. It also makes clear that, in contrast with previous administrations, China’s behavior will no longer be accepted: “The Administration’s approach to the PRC reflects a fundamental reevaluation of how the United States understands and responds to the leaders of the world’s most populous country and second largest national economy.”

Biden is prevented from joining America’s growing animosity toward China, while Trump is more than able and willing to do so.

Negative as the White House letter is, it may be less so than the American people’s feelings about China. A February Gallup poll (conducted 2/3-16) found Americans had a 33 to 67 percent favorable/unfavorable view of China. That yawning negative 34 percent gap was double Gallup’sFebruary 2019’s negative 16 percent.

A Pew poll in March (conducted 3/3-29) found an even larger negative gap of negative 40 percent. China’s favorability had fallen to just 26 percent, while its unfavorability stayed at two-thirds (66 percent).

Both polls recorded their highest negatives ever on China. Significantly, both occurred months ago. Since then, coronavirus has only worsened in America and globally, and China’s known role in it has only increased.

Congress did not need a White House letter to see which way the wind was blowing on China. Just last week, the Senate unanimously approved legislation to de-list companies (Chinese) from U.S. security exchanges if they do not allow U.S. review of their audits; it also saw bipartisan legislation introduced aimed at actions that could result from China’s upcoming imposition of tougher rule in Hong Kong. Recently, it had unanimously approved legislation addressing China’s oppression of its Uyghur minorities.

Amidst this swelling consensus, is Biden’s unique dissonance. It constitutes a perilously unique threat to his campaign. Biden is prevented from joining America’s growing animosity toward China, while Trump is more than able and willing to do so.

It is hard to label any from Biden’s hit parade of gaffes his worst — just wait a day and another entrant joins the litany — but the one with the biggest ramifications is his cavalier dismissal of China. Just a year ago in Iowa, Biden stated, “China is going to eat our lunch? Come on, man. I mean, you know, they’re not bad folks, folks. But guess what? They’re not competition for us.”

Breathtaking then, Biden’s remarks are mind-boggling now. Patently wrong, they could not be more out of step with America’s sentiment or resentment. They also keep Biden from stepping up on China now.

To do so, he would have to explain away what no one could understand then. And the person least able to explain anything is Joe Biden.

The second reason Biden cannot criticize China now is that he strategically cannot afford to. Biden needs to keep his campaign’s focus (such as it is) on Trump. By joining America in shifting the focus onto China, he not only puts himself on the hook (via his earlier China jaw-dropper), he lets Trump off it.

The economy serves as case in point for Biden’s problem. Before coronavirus’s impact, the economy was Trump’s reelection résumé. Coronavirus’s economic hit finally gives Biden an opening to criticize what he heretofore could not touch. But criticism of China for coronavirus now means absolving Trump for the current downturn.

There is a common quip about untouchable issues in American politics being “motherhood and apple pie” — you cannot oppose them. So, politicians unite on these, because they must, and hasten to others to show their differences.

Biden’s biggest problem is that his biggest difference with Trump is also one he has with America: China. Biden is blocked from the most unifying and important issue in American politics. Make no mistake: Trump knows it full well. The letter he sent to Congress was really meant for Biden. All Biden can do is read it and weep.