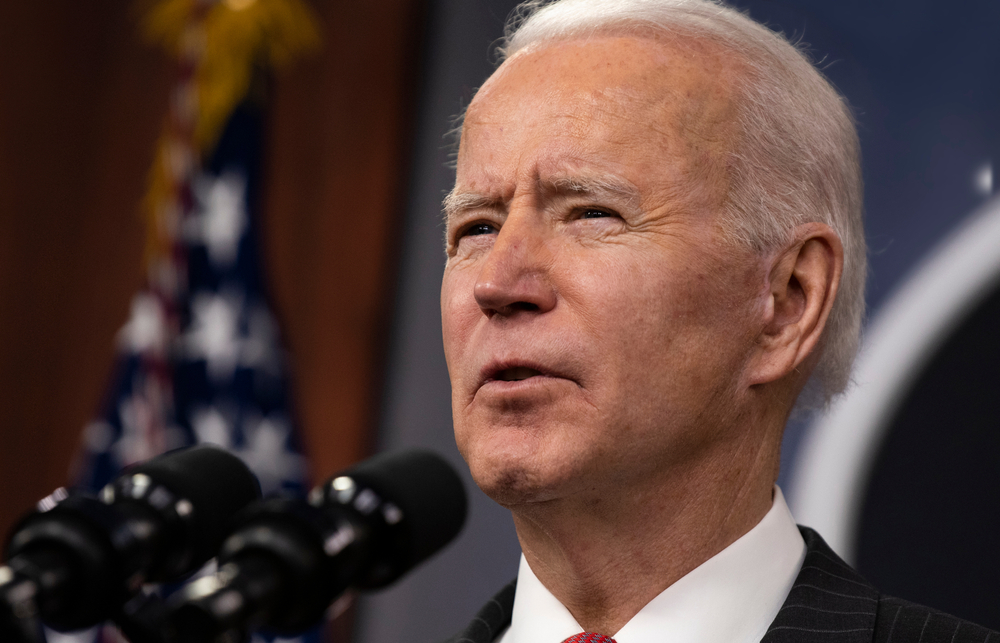 With the Major League Baseball season getting underway (on April Fool’s day — is there a message here?), millions of fans of the Grand Old Game, including me, hoped against hope that on-field politics would not disfigure the game we love as it did last season, with anthem-kneeling players, games cancelled for political reasons, BLM signage, and other MLB-sanctioned endorsements of the divisive lie and slander that America is a racist hell-hole. Our hopes were dashed before the first pitch was thrown. The usual suspects are running the same scam again, this time cheered on from 1600 Pennsylvania Ave.

Democrats have now enlisted baseball in their lunatic campaign to paint any effort to prevent voter fraud as racist and a return to Jim Crow, a vicious fellow whom decent Americans ran out of town decades ago. Only a few cranks and shut-ins want him back. They won’t get him.

The latest target is Georgia’s recent and reasonable voter reform law, which Gov. Brian Kemp signed into law Thursday. Democrats have claimed that it’s “voter suppression” and will prevent black Georgians from voting. It won’t, and the cynics making these claims know it won’t. Nor would the other proposed voter reform laws being considered by other states prevent any legitimate voter from casting a ballot.

“It’s Jim Crow on steroids,” our stumbling, bumbling president has declared of the new Georgia law. It isn’t, of course. This over-the-top claim is hyperbole on steroids. Joe Biden knows this. He’s not a complete nitwit, though he often plays one on TV.

Biden is so cross with Georgia over its new law he has allowed himself to be enlisted in efforts to punish Georgia by getting the Major League Baseball all-star game moved out of the state. Apart from the knee-buckling dishonestly of this attempt, let’s pause a moment over its tactical stupidity. Democrats ran the table in formerly red, now purple, Georgia in November, taking the state’s 16 presidential electoral votes and two U.S. Senate seats. Heavily black Atlanta is the center of the new Democrat strength in the Peach State. So Biden wants to punish this city economically by removing a game that would bring it millions in economic activity. Brilliant. I take it back. He’s a nitwit.

The 2021 All-Star game is currently scheduled for the evening of July 13 at Truist Park, home of the Atlanta Braves. Baseball Commissioner Rob Manfred, a Harvard Law grad who looks good in a suit, said the league and team executives are gathering feedback from the teams, attempting to have “more substantive conversations,” and “talking to various constituencies within the game.” (When Manfred does this the “constituencies” usually don’t include the “fans.”) MLB Players Association (the players’ pit-bull union) executive director Tony Clark has declared himself open to moving the game. Dave Roberts, manager of the world champion Los Angeles Dodgers, who would manage the National League’s team, has suggested he might take a pass on the game if it isn’t moved. How dreary. Roberts has always struck me as a sensible fellow.

It’s unclear now what MLB will do, but there’s every reason to fear the worst. When the cultural and political Left present with a demand, no matter how crackpot, MLB’s default position is to roll over, fans and good sense be damned. In a perfect world there would be no need for meeting and feedback and constituencies consulted. The commish would simply tell the president, “We do baseball, sir. Not politics. Get someone else to carry your water.”

But what’s all the fuss about? Let’s get our breathing under control for a minute and look at what the Georgia law requires and proscribes. In general it stops the practice of papering the landscape with unrequested mail-in ballots, many of which are sent to people who have left the state, have died, or have never voted and have no interest in voting. One would have to be a 100-proof Pollyanna not to think that many of these ballots would be filled out by other than the addressee. As we have learned recently, the huge number of mail-in ballots are almost impossible to police as they cascade in over the transom at elections offices at the last minute.

The new law calls for voters to provide a driver’s license or state ID number to apply for an absentee ballot. Georgia law already requires a photo idea for voting at the polls. None of these requirements is difficult for voters of any complexion to comply with. In fact, the secret hiding in plain sight is that voting requirements across the country are easy to comply with. Signing up in time, showing up at the correct precinct, providing the needed identification. All easy. It’s a major-league puzzlement why Democrats, and their chorus in the mainstream media, get away with insisting that somehow qualified black voters can’t meet these simple and reasonable requirements. It sounds patronizing to me — and, dare I say it, racist.

The Georgia law and others being considered across the country are in response to HR 1, which has passed the U.S. House and is headed for the Senate, where with any luck it will be put to sleep. The provisions of this bill would federalize elections and make voting so loosey-goosey that future elections would come with a big sign that reads, “STEAL ME!” And no American, save the terminally naive, could justify having faith in any election result. Anyone who believes elections wouldn’t be stolen if it were made as easy to do as this legislation would should be kept away from sharp objects and not allowed out of the house without a keeper.

Play ball? That cry used to really animate me this time of year. Now it engenders more sadness than excitement.