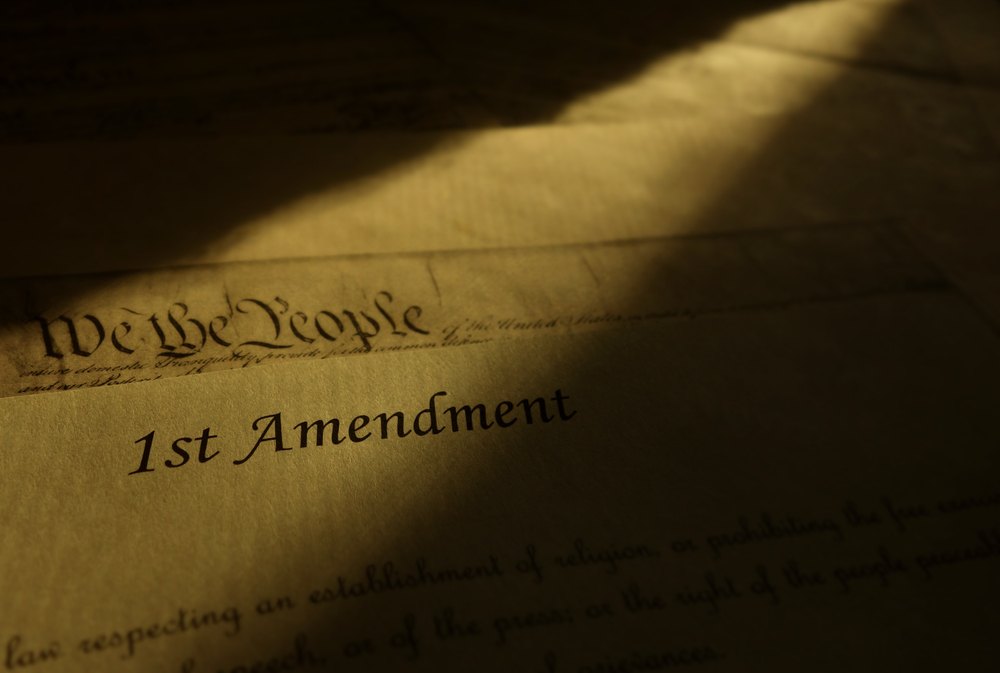 It’s easy to understand the dejection that prompted Ben Stein’s recent American Spectator column, “Goodbye, America.” But despair is a dark and distorted lens through which the future always appears bleak. The Biden administration is indeed colluding with Big Tech to crush dissent. But like all previous Democratic attempts to suppress free speech, such as the Sedition Act of 1918, they will ultimately fail. SCOTUS moves at an excruciatingly glacial pace. Yet the Roberts Court, for all its faults, has issued an impressive series of rulings that have bolstered the First Amendment. Republicans in Congress and the state legislatures have been dilatory in responding to the threat, but they are taking action.

Moreover, the Biden administration’s collaboration with Big Tech has been so inept that it has itself already doomed that unholy alliance. When White House Press Secretary Jen Psaki admitted, “We’re flagging problematic posts for Facebook that spread disinformation,” she discredited the specious argument that social media platforms aren’t bound by the First Amendment because they are private corporations. Their cooperation with the Biden administration to censor inconvenient viewpoints places them squarely in the category of “state actors” and thus subject to the same First Amendment restraints that bind the government. As Vivek Ramaswamy writes in the Wall Street Journal:

Social-media companies are privately owned, but when they collude with officials to block disfavored content, they are serving as the government’s censorship bureau and must answer to the First Amendment.… A growing body of evidence suggests that social media companies have voluntarily worked with Democratic officials to censor content the latter disfavor.… The Supreme Court held in Norwood v. Harrison (1973) that the government “may not induce, encourage, or promote private persons to accomplish what it is constitutionally forbidden to accomplish.”

When this issue reaches the Supreme Court, as it almost certainly will via the class action lawsuit filed by former President Trump and the America First Policy Institute, precedent and the First Amendment record of the Roberts court portends a reckoning for Facebook, Twitter, and Google. They will inevitably invoke Section 230 of the Communications Decency Act, which protects them from being held liable for content that appears on their platforms. But as Justice Thomas has already suggested, that free pass is about to expire. Section 230 was enacted to encourage freedom of expression on the internet, but the Big Tech oligarchs have perverted it into a mechanism for facilitating government censorship.

That irony won’t be lost on the Court. Consequently, the Big Tech lawyers will be forced to fall back on the “private corporation” argument. This will have the effect of pitting freedom of speech against the First Amendment. As Alan Dershowitz puts it, “[T]hese media companies are claiming that the First Amendment protects their right to deny free speech to those with whom they disagree.” It’s risky to predict the vagaries of SCOTUS, but it seems unlikely that a majority of the justices will permit the social media platforms to suppress free expression while claiming the protection of the First Amendment. Meanwhile, a number of states are taking action against Big Tech skulduggery. The New York Times reports,

The moves are the result of an extraordinary legislative blitz by states to take on the power of the biggest tech companies. Over the past six months, Virginia, Arkansas, Florida and Maryland have been among at least 38 states that have introduced more than 100 bills to protect people’s data privacy, regulate speech policies and encourage tech competition, according to a tally by The New York Times.… Only a handful of the bills have been signed into law, but the push signals that states are no longer content to sit on the sidelines of setting the rules for the internet.

State legislatures in Florida and Utah have passed statutes that focus on censorship by social media platforms. Utah’s legislation passed in March, but Gov. Spencer Cox (R) vetoed the bill because he is deeply confused about the First Amendment. Florida’s legislation was signed into law by Gov. Ron DeSantis (R) on May 24. Predictably, the oligarchs sent an army of lawyers to the Sunshine State to shop around for a friendly judge. On July 1, a Clinton-appointed federal judge granted a temporary injunction preventing the statute from being enforced. The state will challenge that ruling in the 11th Circuit Court of Appeals while, on yet another front, a coalition of 36-states pursues an anti-trust action against Google.

Back in Washington, Sen. Marsha Blackburn (R-Tenn.) has taken President Biden to task, demanding to know why his administration is colluding with big tech companies to censor Americans’ free speech concerning COVID-19. Sen. Blackburn is a co-sponsor of the Online Freedom and Viewpoint Diversity Act — a bill that would modify Section 230 to update the legislation and increase accountability for the social media platforms. She was clearly stunned by Jen Psaki’s cavalier admission that the Biden administration has been working with Facebook and presumably the other Big Tech giants to censor American citizens. She wrote a letter demanding a meeting with Biden and added these observations:

These revelations are deeply concerning. The blatant actions by your administration to work with big tech companies to censor Americans’ free speech are shocking — and arguably a violation of the First Amendment. Communist countries such as Cuba are currently taking away their citizens’ right to use the internet to communicate; the U.S. government should be standing up to, not looking to mirror, authoritarian regimes such as these. Please provide more information about your administration’s efforts to “flag problematic posts” on social media platforms.

It’s clear that Sen. Blackburn is alarmed and angry about the unethical and lawless behavior of the Biden administration. It is also clear that her concerns are shared by the vast majority of Republicans in Congress and the states. Moreover, despite its status as the minority party in Congress, the GOP has thus far frustrated the craziest components of the Biden agenda. In addition, their fellow Republicans in the states have been using their legislative majorities to pass voter integrity laws that will prevent the chicanery that characterized 2020. They are also developing redistricting strategies and recruiting strong candidates, a combination that will almost certainly return at least one house of Congress to the GOP in 2022.

Recent polls suggest that the goal of eliminating the infinitesimal Democratic congressional majority is eminently achievable. Gallup reports that President Biden’s approval rating is sinking fast, and a new ABC News/Ipsos poll reveals that the percentage of Americans who are pessimistic about the direction of the country has spiked from 36 percent to 55 percent since May. These numbers, combined with the factors discussed above, are a cause for optimism rather than despair. The Democrats and Big Tech won’t give up power voluntarily. Nor will they fight according to the Marquess of Queensberry rules. Yet they can be beaten. Indeed, the only way the good guys can lose is by succumbing to defeatism, by failing to fight the good fight.