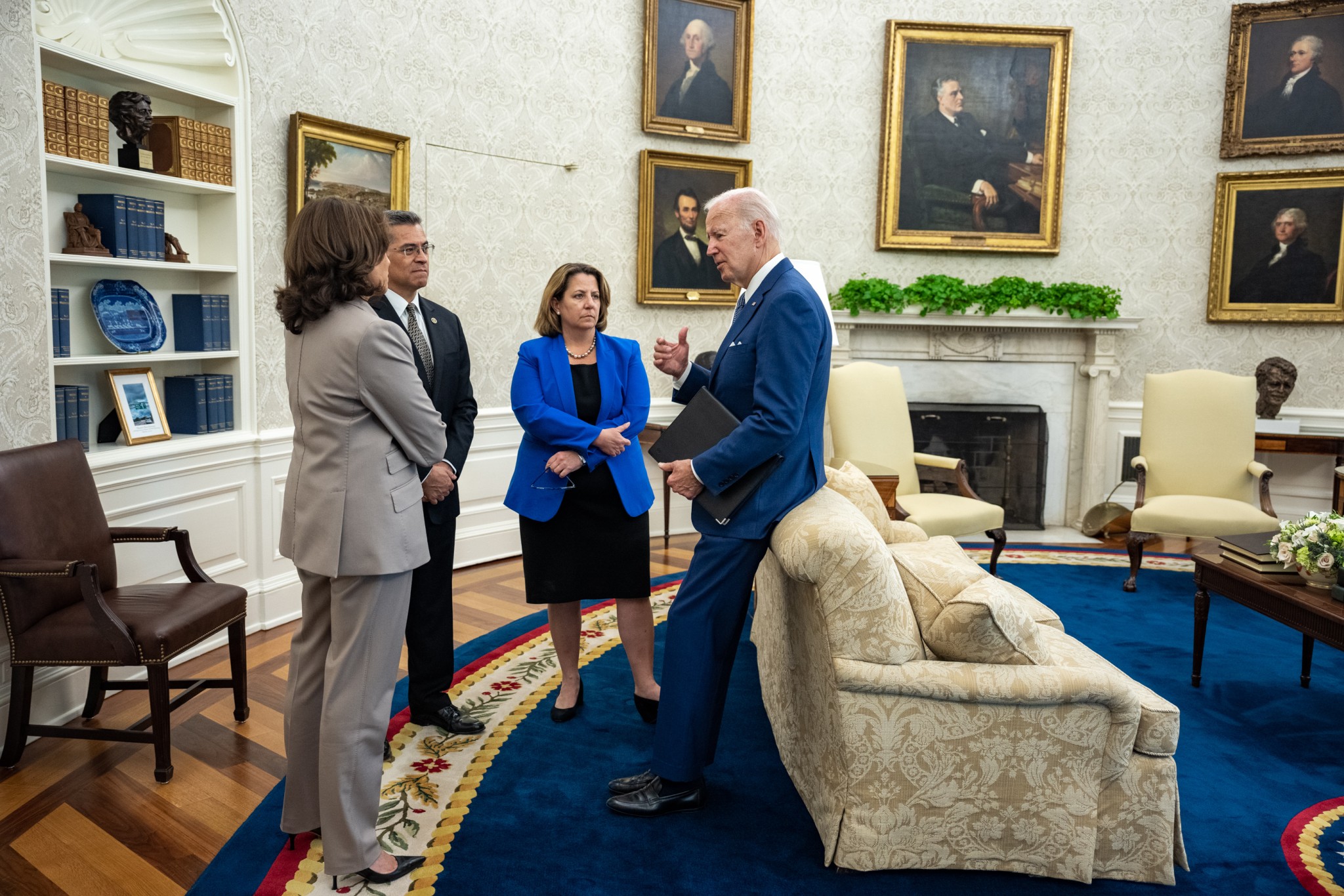 In this age of coercive secularism, once-unthinkable issues now dominate our politics. Not so long ago, image-conscious Democrats would have hesitated before taking a stance in favor of forcing religious hospitals to perform abortions and transgender surgeries. They show no such hesitations anymore, adopting that stance as the mainstream policy of their party. The Biden administration has been using court challenges and mischievous regulatory revision to push that appalling violation of religious freedom. What’s remarkable is that President Joe Biden’s open extremism on this issue generates such little discussion and resistance from the GOP. Why aren’t more Republicans talking about it? Why aren’t they urging religious voters to stop it by going to the polls in the fall to vote the Democrats out?

The more America’s laws stray from divine law, the harder it becomes to defend religious freedom.

In July, Xavier Becerra, President Biden’s Health and Human Services secretary, announced a regulatory change to Obamacare that would empower patients seeking immoral procedures at religious hospitals. “Health care should be a right not dependent on looks, location, love, language, or the type of care someone needs,” he said. This revision to Obamacare would enable patients demanding abortions and transgender surgeries to file “civil rights” complaints against religious hospitals, opening them up to lawsuits and devastating federal fines. Lawyers for the hundreds of Catholic hospitals across the country have described Becerra’s regulation as an “existential threat.” (READ MORE: Biden’s Unfolding War on Religious Hospitals)

Only the courts so far have slowed down this juggernaut. Last month, the Biden administration suffered a serious setback after a federal appeals court ruled that the “U.S. government cannot require several Christian medical groups and providers to perform abortions or gender transition surgeries under the Affordable Care Act,” reported Reuters on Aug. 29. It continued: “A unanimous panel of the 5th U.S. Circuit Court of Appeals on Friday upheld a lower court’s permanent order shielding Christian Medical and Dental Associations and Specialty Physicians of Illinois, along with Catholic hospital system Franciscan Alliance Inc, from any enforcement action under the ACA’s anti-discrimination provision, known as Section 1557, for refusing to perform the procedures, which they say would violate their religious freedom.”

The plaintiffs argued for the protection of their religious freedom under the First Amendment, the Religious Land Use and Institutionalized Persons Act (RLUIPA), and the Religious Freedom and Restoration Act (RFRA). The court’s panel supported their position: “We have recognized that the loss of freedoms guaranteed by the First Amendment, RLUIPA, and RFRA all constitute per se irreparable harm.”

But Biden, of course, is stacking the courts with secularist judges who are sure to revisit this issue in the future. “President Joe Biden has appointed more judges to the federal courts at this stage in his tenure than any president since John F. Kennedy,” according to Pew Research Center. “Biden’s fast pace of judicial appointments to date partly reflects the fact that Democrats control the U.S. Senate, which considers and confirms presidential appointees. It also reflects the fact that judicial nominees can now be confirmed with a simple majority vote in the Senate – unlike in the past, when such nominees needed 60 votes to overcome the threat of a filibuster.”

The future of religious freedom, consequently, hinges in part on the future of the Senate. If it remains in Democratic hands, the judiciary will continue to fill up with ACLU-style opponents of the First Amendment. But the obtuse GOP isn’t blasting this message to voters. Instead, Republican senators are still quietly humoring Democrats who want a vote on a gay marriage bill that would violate religious freedom. “Senators who are whipping Republican support for a bill to codify marriage equality are bullish on its chances of passing — but some supporters’ names may not be known until the vote occurs,” according to Axios. “There are some who have given their support for the legislation privately,” a source told Axios. “You’re not going to see 10 Republicans announce their support for it before they actually vote.” Axios quotes Sen. Tammy Baldwin, a Democrat from Wisconsin who has been rounding up Republican votes for the bill: “I have certainly had conversations where Republicans have privately indicated to me that they will support it.”

If the GOP hands this victory to the Democrats before the November elections, it will demoralize religious voters and depress their turnout. That the GOP is squandering valuable time on hashing out an amended gay marriage bill speaks volumes about its absurd priorities.

The more America’s laws stray from divine law, the harder it becomes to defend religious freedom. The inevitable consequence of the entire weight of the state, from courts to Congress, falling behind gay marriage is that opponents of it will be treated as enemies of the state. They will occupy the same ostracized category as segregationists. A GOP blind to this future isn’t worth much, and it won’t in the end defend religious freedom at all, even that of doctors forced to abort unborn children and mutilate patients.