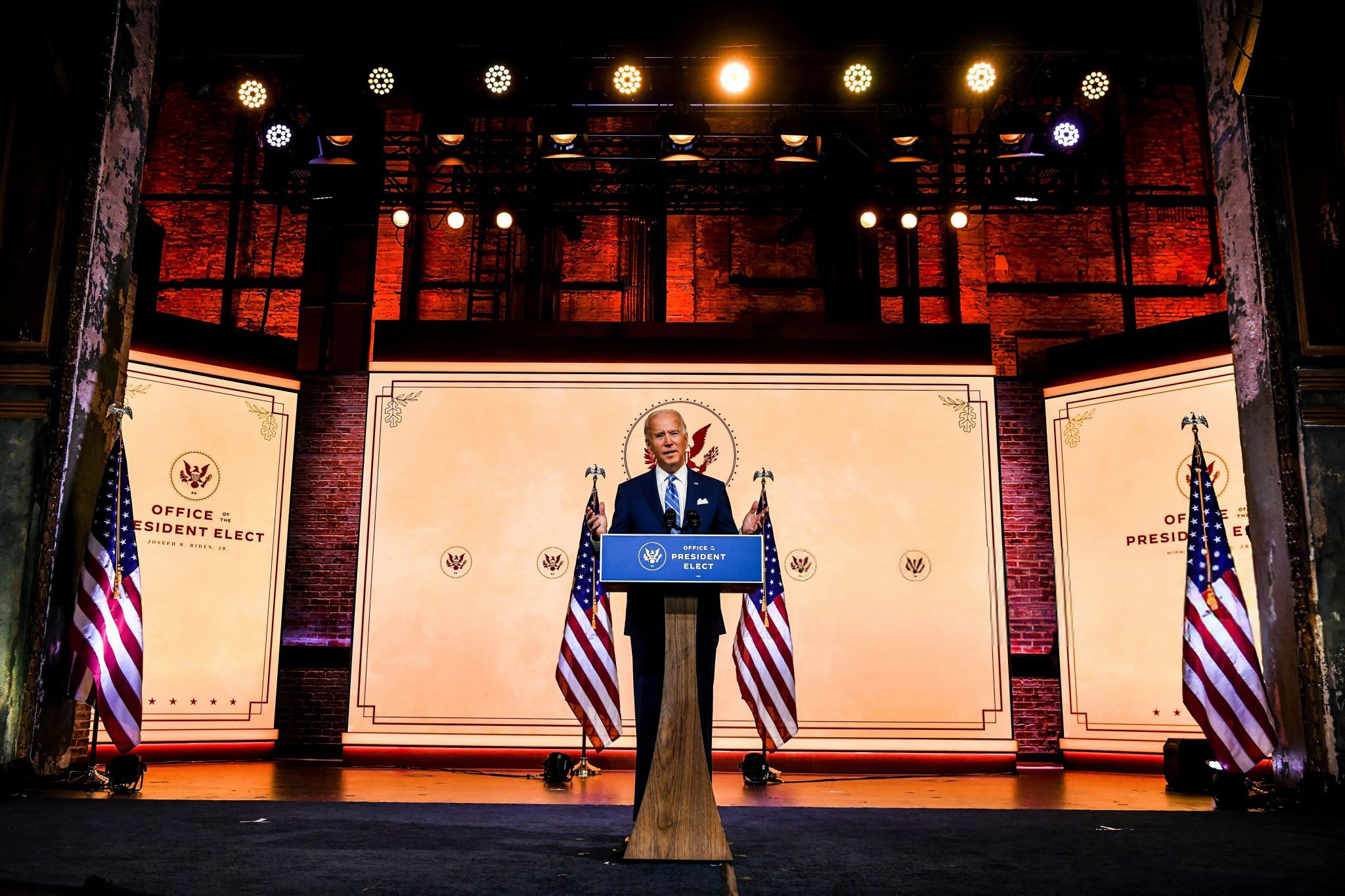 WILMINGTON, Del. — “Joseph R. Biden, America’s pride,” proclaims a billboard towering over the highway running through the city. Erected just after the election, it features a fluttering cartoon flag next to the president-elect’s name and a subtitle declaring Uncle Joe “Delaware Proud.”

It’s true. Biden is proud of his adopted home state, almost painfully so.

“There is a Delaware Way,” he said, speaking through tears, early last year at a campaign event in Wilmington. “It fades every once in a while, but it’s still here in Delaware.”

Biden often gushes about the state, just as its leaders have often praised him since he burst on the national scene nearly 50 years ago. Delaware politicians slap his name on seemingly everything: an Amtrak station, a college public policy center, a highway rest stop, and a community pool. Wilmington restaurants often claim to be his favorite lunch spot. Overly enthusiastic supporters still fly his campaign flags although the election is long over.

Even as Biden prepares to move into the White House this week, he dominates Wilmington. He rarely left the city after the pandemic shut down most of the country, and, over time, it became his unofficial court, drawing in the press, would-be cabinet officials, and anyone else who wanted a piece of the Biden pie. He was already a huge presence in the city, and once he won the presidential election, he resumed his position as unofficial lord.

Every time the president-elect creates leaves his suburban mansion, he creates a spectacle. If Biden needs to deliver one of his infrequent messages to the nation, his 20-car fleet picks him up and screams through the otherwise silent downtown to The Queen, a theater Biden has claimed as his transition headquarters. The scene is similar on Sunday mornings, when Biden’s escort drives him to Mass at St. Joseph on the Brandywine. The president-elect is almost always pursued by the press and curious gawkers, eager to catch a glimpse of the old man’s piety.

But Biden is above all this bustle. He rarely takes questions at The Queen. And when he stops into St. Joseph’s for Mass, he often arrives late and ducks out early to avoid unplanned contact with the world. His public life, such as it is, takes place in the presence of close friends, largely behind closed doors.

That inaccessibility is just the way Wilmington’s upper crust operates. A company town originally controlled by the wealthy du Pont family’s chemical company, the city is notorious for its social cliques. Out-of-towners conduct business in the downtown’s skyscrapers and hotels. Millionaires reside in chateaus nestled in the Brandywine Valley’s centuries-old woodlands. And the rest of the city’s population — the largest portion, incidentally — stumbles through its ever-worsening slums. There is little interaction among the groups.

Critics of Wilmington have long referred to this social arrangement as a result of that so-called Delaware Way. This style of politics, which has dominated the state since the du Ponts’ gunpowder business took off during the Civil War, runs like a collegial oligarchy. If you’re a nice guy, have the right last name, and spout the proper slogans, you’ll go far.

This system works wonderfully in country clubs. And, Biden argues it’s really the way things ought to be done everywhere. The president-elect reportedly often waxes poetic about the glory days of the DuPont Corporation, pining for a day when benevolent plutocrats kept the city humming and its people happy. In those days, already fading by the time Biden was first elected to the Senate in 1972, the family was the largest employer in Wilmington and the heaviest political force in the state. When the company downsized at the turn of the century, a private decision profiting the company’s investors, the rest of city fell crashing down.

Biden, however, still believes the Delaware Way can work, even as local gadflies accuse him of advocating for elitism disguised by his “just folks” mannerisms. The president-elect doesn’t see it in a negative light at all. Rather, he understands the Delaware Way as a type of congeniality that helps peers can “get along” and make decisions as friends.

“We need a little more of the Delaware Way!” he exclaimed at a Wilmington bar in 2019.

No wonder. The Delaware Way has sustained and enriched Biden throughout his long career. As a senator, he rose rapidly because he sidled up to party decision-makers. As vice president, he became a national icon because he bowed to Barack Obama’s ego. And on the campaign trail this last year, he beat out a crowded field of wannabes because he alone bent over backwards to conform his views to Democratic National Convention prescriptions.

Now that he’s becoming president, Biden promises to bring the Delaware Way nationwide. If his run-up in Wilmington is any guide, that’s great for his friends. For the rest of us, not so much.