Biden Watch,Top Story 2020 Presidential Race,Biden,Kenosha Debates: Why Biden Will Withdraw - The American Spectator | USA News and Politics
Menu
Biden Watch
Why Biden Will Withdraw From the Debates
It’s the only way for Joe’s handlers to save him from himself.
by Rob Crisell
Joe Biden campaigning in Philadelphia, May 2019 (Matt Smith Photographer/Shutterstock.com) 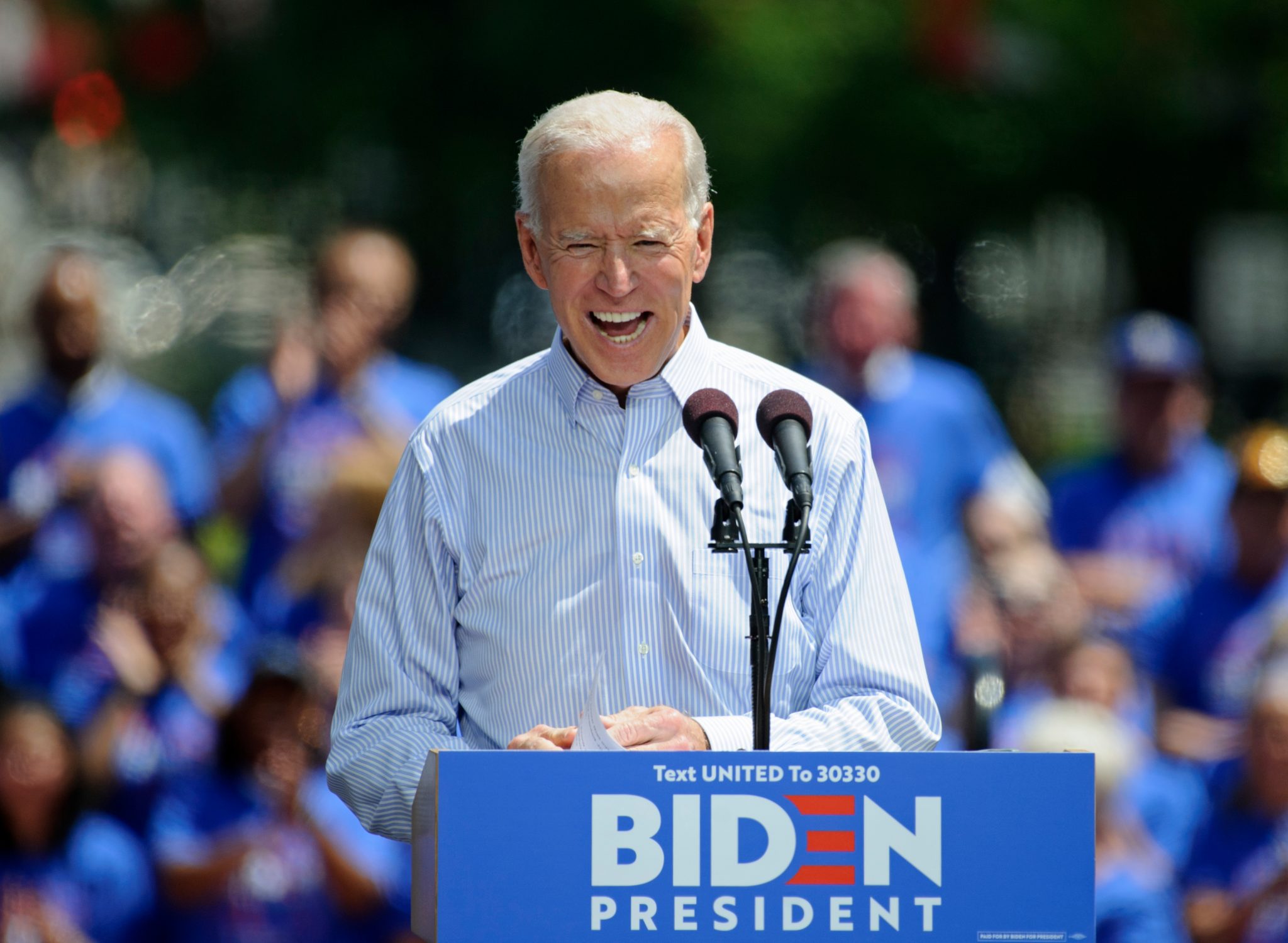 William Shakespeare famously observed that “all the world’s a stage, and all the men and women merely players.”

One of these players, Joe Biden, is currently trying out for the biggest role of his life. Unfortunately, he’s in danger of bombing the audition. He’s flubbing lines, breaking character, and occasionally forgetting the plot.

His rambling, often incoherent speech in front of a supportive audience at a church in Kenosha, Wisconsin, on September 3 shows that he’s no longer playing the role of viable presidential candidate. Instead, he’s stumbled into the last scene of Shakespeare’s “strange, eventful history” — “second childishness and mere oblivion.”

At this point, putting Biden on a stage without a script can only hurt his election prospects, and possibly even harm his health.

That’s why I predict his team will soon announce his withdrawal from all three scheduled debates with President Trump.

The Politician as Actor

As an actor, public speaker, and teacher, I’ve had my share of memory lapses on stage. Last year, I portrayed Iago in a production of Othello. Iago was a “bucket list” part for me — a scene-stealing villain with more lines than any character in the canon not named Hamlet. I spent months memorizing and rehearsing. While I never forgot any of my lines, trying to keep hundreds of words, actions, emotions, and objectives in my head — all while “acting naturally” — exhausted me physically and mentally. After every show, I felt like I’d run a marathon.

Like many talented public figures, Biden is as much an actor as he is a politician. His grin, volubility, sense of humor, and high energy have made him a fixture in national politics for decades. He plays a nearly extinct character type — the charismatic, good-natured, blarney-spewing Irish politician. He relies on a variety of canned speeches, sprinkled liberally with jokes, poetry, stories, personal history, and folksy sayings, affectionately known as “Bidenisms.” Even when he appears to be speaking off the cuff, he’s usually repeating lines memorized years ago and recycled countless times.

When Biden declared his third run for presidency last year, some observers noticed changes in the old veteran. His energy and confidence levels were lower. His pugnacity seemed less charming and more unhinged. The pace of his speech was slower, he regularly lost his train of thought, and his syntax became more erratic, even for him. His virtual appearances showed an actor going through the motions, propped up by muscle memory, heavy-handed directing, and teleprompters.

A Kerfluffle in Kenosha

Biden’s appearance in Kenosha indicates that his mental and physical decline has accelerated.

Many, including myself, found his performance shocking and more than a little sad. Throughout his roughly 45-minute speech, he seems to be moving in slow motion. He’s unsure of his movements. He’s frail and stoop-shouldered. He appears to be out of breath much of the time. He mumbles and slurs his words. Worse, he commits dozens of mistakes, messing up lines from old speeches and making a hash of new material.

The result is an inedible stew of words, chock-full of non sequiturs, filler phrases, thought fragments, and gibberish.

Clearly, Biden is a shadow of the skilled performer he once was.

Saving Joe From Himself

The physical and mental strain of high-level public speaking and debates can be arduous, even debilitating. For seniors especially, constant levels of high stress can cause dangerous and lasting effects, including high blood pressure, weakened immune system, anxiety, depression, insomnia, and an increased risk for heart disease. If the Democrats want a healthy Joe Biden in 2021 and beyond, they would be wise to have him skip the debates and all the preparation they require.

While Biden has said “he can hardly wait” to take on Trump in the debates, I don’t think his team or his proxies will let him. Even before Kenosha, Nancy Pelosi, Joe Lockhart, and others were publicly urging their candidate to pull out of the debates, ostensibly because of Trump’s alleged incorrigible dishonesty. I expect that the drumbeat to withdraw will increase steadily over the next two weeks. The usual anti-Trump “bombshells” by the media (like those in the Atlantic and in Bob Woodward’s latest book) will provide the Democrats some cover, though dodging the debates will hurt them in some circles.

If Biden defies my prediction and proceeds with the debates — whether out of misplaced confidence or desperation — they are far more likely to be a disaster for him than a success. Although he and Trump are roughly the same age, right now they are worlds apart in terms of their mental and physical abilities. Moreover, Biden’s former, more moderate positions on law and order, patriotism, religious liberties, business, even pro-life issues — are at loggerheads with the progressive stances he’s been forced to adopt in the new Democratic Party.

For instance, he’ll have no choice but to defend the protests, which have become associated in the minds of many Americans with rising violence and chaos in Democratic-run cities. He’ll have to praise BLM and its anti-police rhetoric, which also goes against his grain. His critique of Trump’s response to COVID will also ring hollow, since it was he and other Democrats who downplayed the seriousness of the pandemic early on, and who later instituted the most draconian lockdowns.

It won’t take much work on Trump’s part to confuse and frustrate the former vice president on these and other issues. When this happens, Biden will likely misstate his party’s positions, veer wildly off topic, make up facts, or even fly off the handle, as he did with a Detroit autoworker in March.

As you might expect, Shakespeare has some thoughts on the matter:

“The better part of valor is discretion,” reasons Sir John Falstaff in Henry IV, Part 1. “In the which better part I have saved my life.”

Look for Biden to bow out of the debates within the next two weeks.