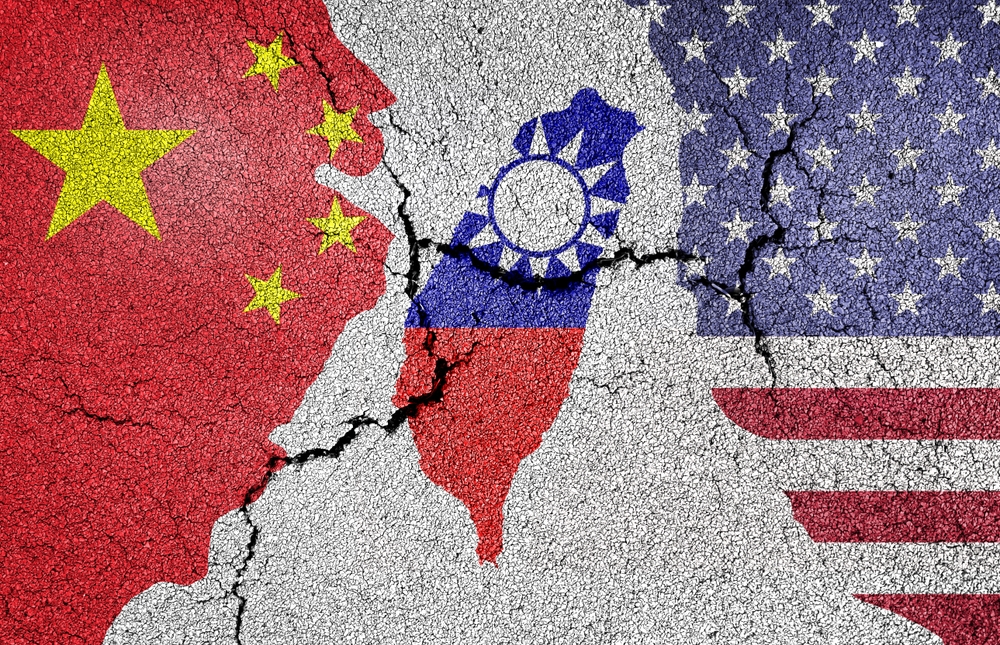 Elbridge Colby, one of the country’s leading national security experts and the author of The Strategy of Denial: American Defense in an Age of Great Power Conflict, has written an important article on the Foreign Affairs website that reveals the gap between the Biden administration’s rhetorical commitment to defending Taiwan and the resources devoted to Taiwan’s defense. Colby’s piece is measured, respectful, and fair, but it constitutes a damning indictment of Biden’s Taiwan policy for its failure to close the “Lippmann Gap.”

In 1943, in the midst of the Second World War, journalist Walter Lippmann wrote U.S. Foreign Policy: Shield of the Republic, in which he argued that an effective foreign policy “consists in bringing into balance, with a comfortable surplus of power in reserve, the nation’s commitments and the nation’s power.” Statesmanship, he explained, involves achieving and maintaining this balance. The United States, Lippmann wrote, “must maintain its objectives and its power in equilibrium, its purposes within its means and its means equal to its purposes, its commitments related to its resources and its resources adequate to its commitments.” Unless U.S. statesmen bring ends and means into balance, they “will follow a course that leads to disaster.” Lippmann concluded the book by exhorting our nation’s leaders to “know our interests and what they require of us” and to “know our limitations.” It is only then, he wrote, quoting our first president, George Washington, that “we may choose peace or war, as our interest, guided by justice, shall counsel.”

In his Foreign Affairs piece, Colby does not mention Lippmann or his book, but what scholars have called the “Lippmann Gap” pervades Colby’s analysis of what’s wrong with Biden’s Taiwan policy. Colby notes that members of the Biden administration — including the president himself — have rhetorically strengthened our commitment to the defense of Taiwan. “Given its public statements and strategies,” Colby writes, “it would make sense for Washington to be behaving as though the United States might well be on the verge of major war with a nuclear-armed superpower rival.” But the Biden administration’s actual policies, he writes, “so far appear to be unequal to the urgency and scale of the threat China poses.” We are not backing up our rhetoric “with the degree of effort and focus needed to be ready to defeat a Chinese assault on Taiwan.”

Colby quotes several high-level Biden administration officials — including the president — about the “acute” threat China poses to Taiwan and our commitment to its defense. “But here is the rub,” Colby explains: “[T]he Biden administration’s actions to field a military that could actually deny a Chinese invasion of Taiwan do not appear to match its rhetoric.” There is a “gap between the words and actions” of the administration. That gap involves insufficient defense spending — Biden’s budget request for fiscal year 2023 was set below the inflation rate, and, although Congress added to it, it still falls short of what is necessary according to the National Defense Strategy.

The gap also involves inadequacy “in developing and fielding the capabilities required to defeat an invasion” of Taiwan. The Biden administration has failed to redirect sufficient military resources to the Indo-Pacific region, even as it pours resources into the Ukraine war and signals its intention to increase resources to the Middle East. “[T]he overall deployment and positioning of U.S. forces,” Colby warns, “is not enough to address the worsening military balance with respect to Taiwan.” And the administration has failed to press our allies in other regions, such as Europe and the Middle East, to assume a larger share of the defense burden. (READ MORE from Francis P. Sempa: We Are Now in the Fourth Taiwan Strait Crisis)

The result, Colby concludes (echoing Lippmann), is a “fundamental mismatch between the administration’s stated goals and assessment of the threat and what it appears to be doing to address it.” In other words, our stated commitment to Taiwan and the resources required to support that commitment are out of balance. And this Lippmann Gap is growing every day, even as Chinese warships and warplanes effectively blockaded Taiwan during the past several days. China announced that those military drills are ending but stated that “training and war preparation” would continue.

Colby knows, as Lippmann did, that tough rhetoric is meaningless unless it is backed by sufficient resources. He writes that “[t]he United States and its allies are now approaching or perhaps already facing a window of vulnerability over Taiwan.” He urges the Biden administration to take swift and sharp action to close the gap between our commitment to Taiwan and our resources in the region because to continue down the path we are now taking is “a recipe for disaster.”