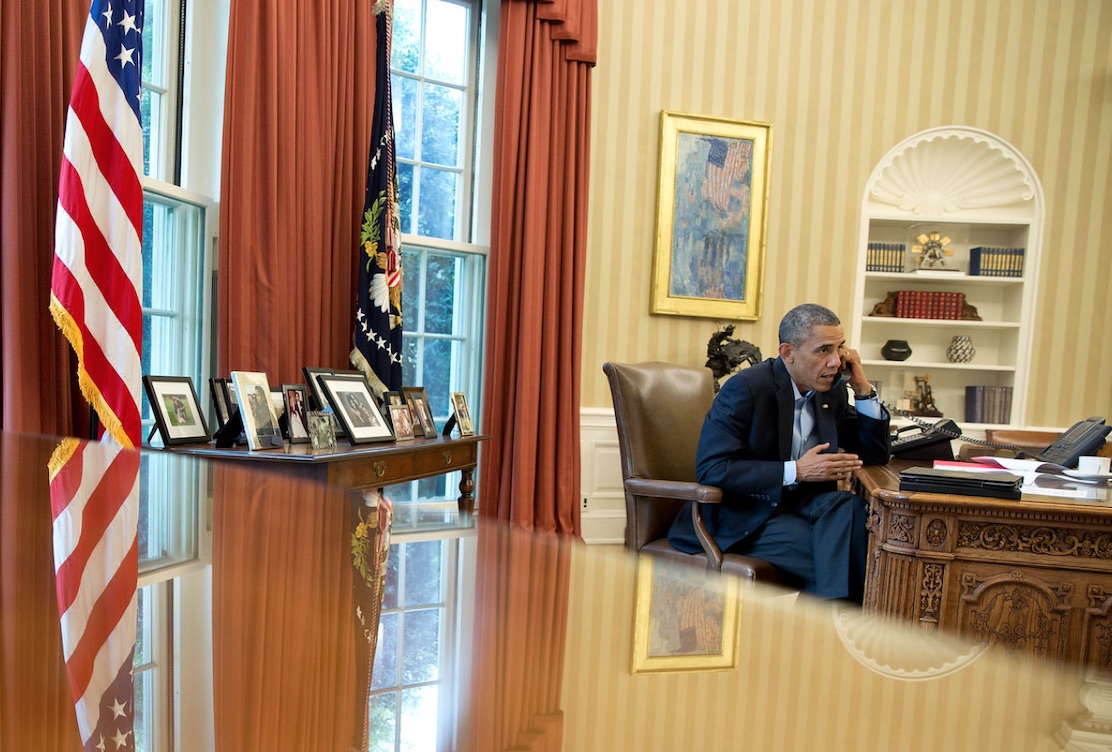 As the numbers emerge, it would appear that a senile old man who represents everything the Democratic Party claims to have outgrown — sexism, racism, whiteness — attracted nearly 10 million more Democratic voters in 2020 than did the party’s articulate, bright, clean, nice-looking African-American messiah in 2012.

This sausage-making memoir, starring the wise and cautious Barack Obama, isn’t pretty either. It’s not even pretty interesting.

For months the working title of my new book, Unmasking Obama, had been The Front Man. I should have stuck with it. What this election proved is that when Big Tech and Big Media ruthlessly enforce a single narrative, one Democratic front man is good as another. Obama, to be sure, would like America to think otherwise. In his forthcoming memoir, A Promised Land, he is the man who makes things happen — but only good things.

Last week, New Yorker magazine published a 13,000-word excerpt from A Promised Land. As a point of comparison, the average work of nonfiction runs about 80,000 words, and this excerpt covers only the first half or so of the fight to pass the Affordable Care Act.

More frightening for the publishers, the long-delayed A Promised Land represents only the first volume of a threatened two-volume memoir. Smart money has Michelle Obama’s Becoming continuing to outsell her husband’s memoir a full two years after her book’s release. No one who doesn’t have to will want to read A Promised Land.

Obama needed Bill Ayers, the terrorist emeritus who spiced up Obama’s much acclaimed 1995 memoir, Dreams from My Father. Without that goosing, Obama’s prose is as flat and lifeless as a rule clarification in the Federal Register. British author Jonathan Raban, who had earlier called Obama “the best writer to occupy the White House since Lincoln,” will surprise no one if he makes a public retraction.

Putting aside style considerations, Obama had a chance to add some useful insights to the historical record. He didn’t have the courage. “Making sausage isn’t pretty, Mr. President,” Chief of Staff Rahm Emanuel tells Obama at one point early in the process of passing Obamacare. This sausage-making memoir, starring the wise and cautious Barack Obama, isn’t pretty either. It’s not even pretty interesting.

The chapter climaxes with Obama’s address to Congress in September 2009. He had summoned the members of both parties to introduce his plan to transform American health care. The promises he made that night were many and, to most in the television audience at least, sounded fresh.

“For an hour that evening, I explained as straightforwardly as I could what our reform plan would mean for the families who were watching,” writes Obama in A Promised Land. What he does not mention, however, nor even allude to, was the most memorable passage from his speech: “Nothing in this plan will require you or your employer to change the coverage or the doctor you have. Let me repeat this: Nothing in our plan requires you to change what you have.”

Obama first made that promise to an audience of physicians at a meeting of the American Medical Association three months earlier. On that occasion, he used the language that he would publicly repeat no fewer than 30 times over the next few years: “If you like your doctor, you will be able to keep your doctor. Period. If you like your health-care plan, you will be able to keep your health-care plan. Period. No one will take it away. No matter what.”

In a memoir worth reading, Obama would reflect on his failure to keep the promise he made that memorable night before both Houses of Congress. Instead, he plays victim. He focuses on the spontaneous outcry of South Carolina Congressman Joe Wilson. “You lie,” Wilson shouted in mid-speech. Writes Obama, “I was tempted to exit my perch, make my way down the aisle, and smack the guy in the head.” Sure you were, Barry.

Although acknowledging that Wilson promptly apologized, Obama lapses into the self-pity that courses through this excerpt. Reflecting on news reports that the public insult helped Wilson raise money, Obama muses, “It was an indication that the Tea Party and its media allies had accomplished more than just their goal of demonizing the health-care bill. They had demonized me.”

Writing four years into the Trump administration, Obama shows a spectacular lack of perspective to see himself as somehow uniquely demonized. Trump has faced worse than that on a daily basis, and not just from some outlier congressman. Hell, the Speaker of the House shredded his 2020 State of the Union speech on camera, and her much vaster “media allies” applauded.

Throughout this excerpt, and likely throughout the whole book, Obama finds himself questioning the racial motives of his opponents, especially the Tea Party, even on non-racial issues like health care:

One night, Michelle caught a glimpse of a Tea Party rally on TV — with its enraged flag-waving and inflammatory slogans. She seized the remote and turned off the set, her expression hovering somewhere between rage and resignation.

“That they’re scared of you. Scared of us.” She shook her head and headed for bed.

“Whatever my instincts might tell me, whatever truths the history books might suggest,” writes Obama in his chronically disingenuous way, “I knew I wasn’t going to win over any voters by labelling my opponents racist.” As his memoir proves out, Obama, Michelle, and their allies never ceased imputing racial motives to their opponents.

To put Obamacare in its proper perspective, three of Obama’s more prominent speechwriters — David Litt, Jon Favreau, and Jon Lovett — shared their feelings in May 2016 with the not-yet-disgraced Charlie Rose. Although something of a comedy writer, Lovett told Rose he was “most proud” of his more serious speeches, particularly those on health care and economics.

At this point, Favreau interjected, “Lovett wrote the line about, ‘If you like your insurance, you can keep it.’ ” Lovett shot back in faux outrage, “How dare you!” They all laughed, Rose included. Lovett, by the way, was 26 years old when he conceived the “if you like your doctor” flimflam. In 2016, he and his pals were still young enough to see the hilarity in PolitiFact’s 2013 “Lie of the Year.”

Missed in the hubbub over Wilson’s remark was the particular nature of his locution, “You lie.” He might have said, “That’s a lie,” but, in the short term at least, Obama’s health-care reforms did not apply to illegal aliens, the claim that prompted his shout. No one really expected that promise to hold, but technically Obama was not lying.

As history records, Wilson could have safely shouted out, “That’s a lie” on at least five other occasions during that same speech. He did not. Instead he made the existential declaration, “You lie.” So saying, Wilson spoke to the very essence of the man: Sinatra sings, Astaire dances, Obama lies. Mentior, ergo sum. In 2020, as he reflects on the manufactured Biden ascendancy, Obama still cannot bring himself to see what others cannot miss.