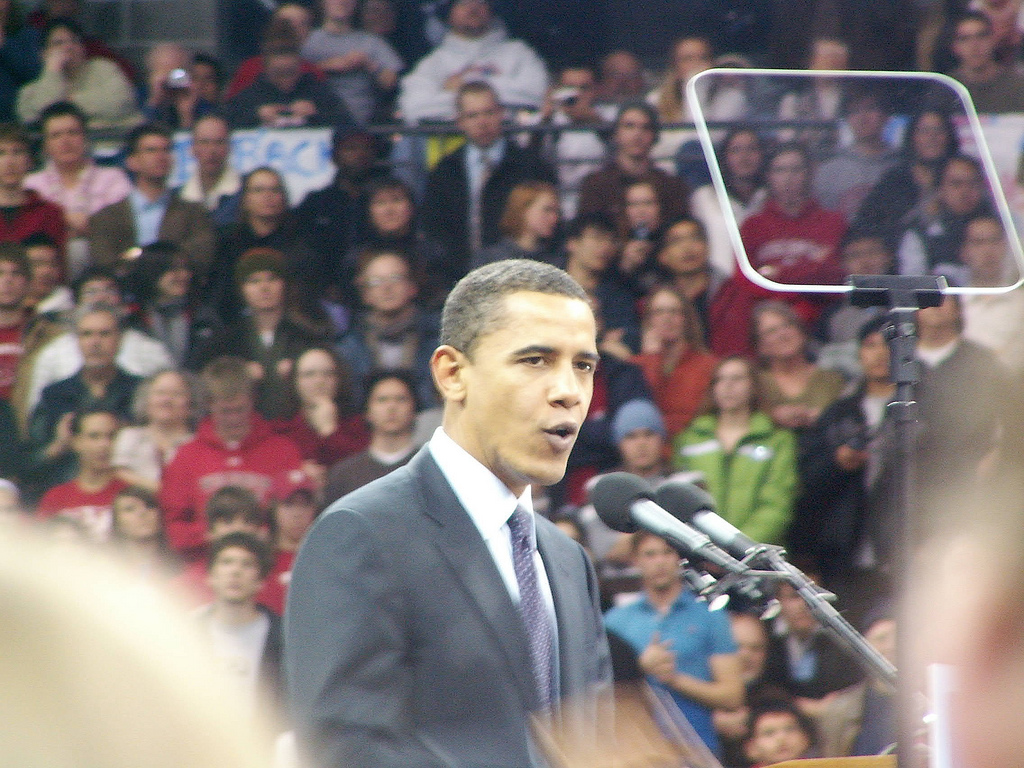 For the eight years of his presidency, President Barack Obama nurtured the Hydra-headed monster now rampaging through America’s cities. He coddled the monster, excused its excess, told it what it wanted to hear.

Yet for all the wanton destruction of life and property, there has been little talk in Democratic circles about the monster, even less about how it came to be. And when the party’s presidential candidate Joe Biden finally hinted at the monster’s existence, he disowned it. “For the last four years, we weren’t having riots, racial riots,” said Biden of his and Obama’s second term. “When they occurred, we didn’t have to call in the National Guard?”

Liberals may have once cared about things like evidence and justice. Progressives did not.

Wrong, Joe, on both counts. The volatile collective of Black Lives Matter (BLM), Antifa, Organizing for Action (OFA), and various offshoots was born on your watch. Politico, in fact, called OFA “Obama’s army.” You and Barack own this baby.

Historians might trace the baby’s conception to a Fox News studio in July 2008. A hot mic caught Jesse Jackson whispering to another black guest, “See, Barack been, um, talking down to black people on this faith-based — I wanna cut his nuts out… Barack — he’s talking down to black people — telling niggers how to behave.” On saying “cut his nuts out,” Jackson made a sharp slicing motion with his hands. Obama had to hope Jackson was speaking metaphorically.

Three weeks earlier, on Father’s Day, Obama had given the most promising speech of his campaign. At a black church in Jackson’s Chicago, he scolded black absentee fathers who “abandoned their responsibilities, acting like boys instead of men.” Obama made the traditionally conservative argument that fatherless children were five times more likely to grow up poor, nine times more likely to drop out of school, and twenty times more likely to get into serious trouble than children who grow up with both parents. In that Jackson himself had sired at least one love child, he took Obama’s words personally.

Although the American media did their best to ignore the controversy, Canadian Suzanne Goldenberg, writing for Britain’s left-leaning Guardian, reported that Jackson’s remarks “were mirrored on the blogosphere in an outpouring of anger against the campaign’s moves to the right.” From Jackson’s perspective, Obama was neither progressive enough, nor black enough. Jackson’s authenticity intimidated Obama. Obama never spoke honestly about race again.

“Liberalism,” as understood in the post-war era, would die on Obama’s watch. Replacing it was “progressivism.” This was much more than a casual name change. If liberals could envision a harmonious future, benign and paternal, orderly and safe, progressives could not.

“Progressive,” in fact, represents the left’s rare bit of honest branding. At the risk of tautology, progressives “progress.” Unchecked, that progress inevitably creates monsters — from the Parisian sans culottes to the German bully boys of the Sturmabteilung to the Chinese Red Guards to the multicultural mob now terrorizing a neighborhood near you.

On March 23, 2012, Obama let the monster loose. Four weeks earlier, a neighborhood watch captain in Sanford, Florida, shot and killed an unarmed 17-year-old named Trayvon Martin. For four weeks, the media constructed an aggressively false narrative about the shooting, perhaps best summed up by Miami congresswoman Frederica Wilson: “Trayvon was hunted down like a rabid dog. He was shot in the street. He was racially profiled.” For four weeks, Obama said nothing.

In the interim, any number of progressive black pundits zeroed in on Obama’s Achilles’ heel, his fear of seeming inauthentic. Blogger Yvette Carnell’s post hit the target. “Obama is perfectly willing to give a sermon to black men on Father’s Day about what they need to be doing,” she commented, “but totally incapable of advocating for a black boy who was murdered in the street while carrying only Skittles and iced tea.”

Finally, on that March morning, Obama said for the ages, “My main message is to the parents of Trayvon. You know, if I had a son, he would look like Trayvon.” In projecting Trayvon as a “son,” Obama strongly suggested that all black children, even the president’s imagined son, were equally vulnerable to the predations of white men. Four weeks after the shooting, Obama had no excuse for not knowing the facts of the case.

Under pressure from his own base, Obama had the DOJ lean on Florida authorities to arrest shooter George Zimmerman. As a result of the hopelessly skewed mainstream media reporting, few on the left expected Zimmerman’s acquittal. In July 2013, when the verdict came down, outrage followed along predictable lines.

Obama had one more opportunity to quell the furor. Six days after the verdict, he appeared unexpectedly at a routine White House press conference, specifically to address the “Trayvon Martin ruling.” Obama had to know by this time that Martin, an angry six-foot street fighter, gratuitously attacked the half-foot shorter Zimmerman. He surely knew too that Zimmerman was an Hispanic Obama supporter and a civil rights activist.

It did not matter. Liberals may have once cared about things like evidence and justice. Progressives did not. Much as he had a year earlier, Obama identified himself with Martin, this time even more directly. “Trayvon Martin could have been me thirty-five years ago.”

An NBC News and Wall Street Journal poll taken after the verdict showed Obama failing in the one area in which even Republicans hoped he would succeed. In January 2009, 79 percent of whites and 64 percent of blacks held a favorable view of race relations in America. By July 2013, those figures had fallen to 52 percent among whites and 38 percent among blacks.

Getting no corrective truth from Obama, militants transformed their anger into action. The most radical of these activists formed Black Lives Matter (BLM), a group whose website traces its founding “to the acquittal of Trayvon Martin’s murderer, George Zimmerman.” In August 2014, a year and a month after Zimmerman’s acquittal, protesters chanting “black lives matter” turned the St. Louis suburb of Ferguson upside down and left much of it in ruins.

True to form, Obama spoke of Ferguson’s Michael Brown much as he had of Trayvon Martin, as a victim. “We lost a young man, Michael Brown, in heartbreaking and tragic circumstances,” said Obama at a press conference just five days after the shooting. “He was 18 years old, and his family will never hold Michael in their arms again.”

In 2012, even in 2014, Obama still had the power to ask Black America to look within. He could have explained to his supporters how both Martin and Brown had been the victims not of white supremacism but of black family dysfunction, the very thing he prayed over and preached about in Chicago on Father’s Day 2008.

Obama could have told the truth about the tragically parallel lives of these two angry young men. He could have cut through the media disinformation and reminded Black America how parental abandonment had sent both young men into violent and ultimately lethal downward spirals. Instead, he quietly egged the monster on and helped frame two innocent men for murder, one of them, Ferguson’s Darren Wilson, a police officer. Cops got the message. They pulled back. The result was a surge in homicides throughout black America, the so-called “Ferguson effect.”

The death toll from the “Minneapolis effect” will be much higher. To stay relevant traditional liberals are obliged to ignore that toll and follow in the monster’s path. Even if Biden wanted to corral the beast, that task is now beyond him, beyond any liberal, beyond even Obama.