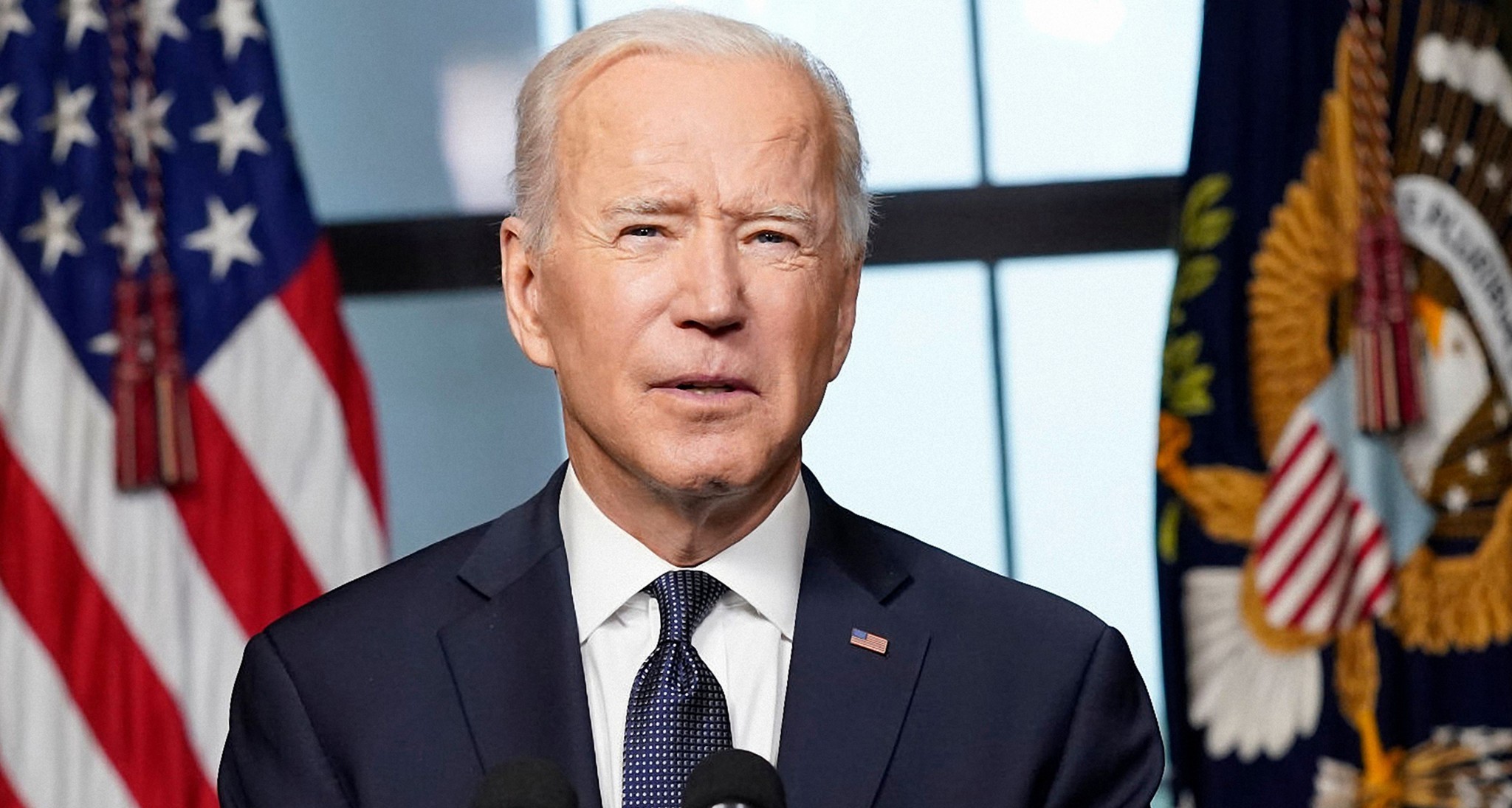 America’s military bases across the world number in the hundreds and are located on every continent. There are perhaps close to 800 in more than 70 countries and territories. But President Biden is ensuring that none will be in what’s indisputably one of the most vital areas in the world, Afghanistan.

A very brief history rehash here. Al-Qaeda, operating from Afghanistan with the support of the Taliban, attacked American facilities or America proper in 1992, 1993, 1995, 1998, and 2000. Then came September 11, and finally the U.S. invaded Afghanistan to root out al-Qaeda and its supporters.

Sadly, before the U.S. and its allies could consolidate a victory, President Bush invaded Iraq, and suddenly Afghanistan became a sideshow fought on a shoestring. I know. As a photojournalist I first visited Iraq three times over three years and then Afghanistan in 2007. The difference was incredible.

In some places in Iraq there were so many concrete blast barriers it was like navigating World War I trenches; in Afghanistan we had a few made of dried mud. There was a terrific shortage of the double-rotor Chinook helicopters needed to service the highest altitudes in Afghanistan, and I reported on police outposts that were given just enough rounds to fight for a few minutes.

Even when the Iraq drawdown began, somehow Afghanistan continued to be a sideshow — albeit with some of the fiercest fighting since Vietnam.

Now, though, Biden, against the counsel of his advisers, withdraws the last American soldiers from the country. At 2,500 — 3,500 it was already a tiny number, but it was enough to give the Afghan Army and police backbone. Now outposts are falling to the Taliban like the proverbial dominoes, and clearly not directly from the withdrawal. Rather it’s a morale drain to one side and boost to the other, combined with (flashback time) a lack of American air support.

Indeed, the collapse is so fast that it’s left an estimated 18,000 interpreters and other “locally employed staff” who worked with the allies in danger of capture and then torture and execution. Typically it takes about nine months to process a visa, in part to make sure we’re not accepting terrorists.

But why the withdrawal?

No American draftees have died in Afghanistan. Indeed, as a former combat soldier, I can tell you that countless warriors would be delighted to risk their lives in Afghanistan to see action and get the coveted Combat Infantry Badge or Combat Action Badge. We trained to fight.

The only explanation for the sudden pullout is that “It’s America’s longest war” and 20 is a nice round number. But as the low casualty rate shows, the definition of “war” has already been stretched. A better comparison is with British military intervention in Northern Ireland during what’s called “The Troubles.” That began in the 1960s, and Britain took casualties the entire time. But rather than abandon the people to anarchy, violence, and death, the Brits stuck it out. In 1998, a peace was signed that lasts to this day.

Instead, we may well be leaving an Afghanistan worse off than when we invaded. Remember that before September 11, the Taliban were unable to consolidate control over the northern part of the country. They had no popular support there, and the “Northern Alliance” kept them at bay with little more than BB guns and slingshots.

But now even northern districts are falling to the bearded barbarians. “The Taliban’s strategy is to make inroads and have a strong presence in the northern region of the country that long resisted the insurgent group,” a senior Afghan security official ​told Reuters.

This time, because of us, the Taliban and their buddies may get the whole country. Oh yeah, that al-Qaeda! CIA Director William Burns has declared that withdrawal means “the U.S. government’s ability to collect and act on threats will diminish … That is simply a fact.” And Dr. Sajjan Gohel, a security and terrorism analyst, told the BBC that “The Biden withdrawal from Afghanistan makes a Taliban takeover inevitable and gives al-Qaeda the opportunity to rebuild its network, to the point where it could once again plot attacks around the world.”

The CIA likely will rely on a “stay behind” network of informants, according to Douglas London, a former head of CIA counterterrorism operations for Afghanistan and Pakistan. But, he said, without a large CIA presence in the country, vetting the intelligence would be a challenge. “When you’re dealing offshore, you’re dealing with middlemen,” London said. “It’s kind of like playing telephone.”

And we can’t expect our Afghan allies to fight without good close air support (CAS). Long ago, the Taliban became experts at timing their attacks to try to inflict heavy damage before CAS could arrive. Now they will have vastly more time if the U.S. has to scramble jets from other countries or an aircraft carrier in the Persian Gulf, what Biden calls “over the horizon” help, even as he acknowledges that “The Afghans will have to be able to do it themselves with the air force they have.” Helicopter gunships and the fearsome AC 130 fixed-wing gunship? Forget it.

The best the U.S. can do is keep some drones loitering over the country at all times. But all are propeller-driven, with half the speed of a World War II fighter, and Afghanistan is a very large place. Only by sheer luck will we have a single aircraft close enough to help, and it will have only missiles and bombs, no guns. Yet the U.S. doctrine since Vietnam and passed over to the Afghan Army has relied upon massive CAS — bombers, fighters, AC-130s, helicopter gunships. All that will be denied our allies.

Commando raids relying on helicopters that are inherently slow and low-flying will go from extremely difficult to hellish. Would it really be so bad to keep just one airbase like Bagram still operating, from which the U.S. could fly tactical aircraft, drones, helicopters, and house CIA and special ops? Is this a strategy or OCD?

Granted, none of four presidents from both parties during the war in Afghanistan gave it the attention it deserved. Remember when President Obama traded five high-ranked Taliban for one American punk deserter? None have acknowledged the elephant in the room, that Pakistan provides equipment, recruitment, cash, a sanctuary area, and even training for the Taliban and al-Qaeda (Hint: Where was Bin Laden’s large compound when he was killed? Did Pakistan somehow not know?). Even though Pakistan obviously failed to control them before September 11, it naively believes this time it can make Afghanistan a surrogate country. Without Pakistan, the Taliban cause would have been hopeless. Maybe Biden should have made that his goal.

Before there was always hope. There was infrastructure to work with and possibly expand upon, with little cost in blood or lucre. Al-Qaeda wasn’t eliminated, but it was kept too busy on the defensive to go on the offensive. Meanwhile, ISIS in Afghanistan now “constitutes a serious threat,” John T. Godfrey, the acting U.S. special envoy for the Global Coalition to Defeat ISIS, warned last week.

How did that happen? Because with so many troops stationed in so many places all over the world, we never gave Afghanistan its due — even when it came down to supporting just 2,500 to 3,500 troops, approximately zero percent of our military capability.

Still, there is a relatively easy compromise here. Consider both Gibraltar and Guantanamo Bay. Gibraltar has a key position at one end of the 8.1-mile Gibraltar Strait guarding entrance and exit from the Mediterranean Sea. Britain took it from Spain in a 1713 treaty and fortunately never gave in to demands (and military efforts) to give it back. Likewise, the U.S. after it liberated Cuba leased “Gitmo” in 1903  (reaffirmed in 1934 as permanent) and has refused communist demands and threats to return it.

Given that the Taliban have already violated their ceasefire agreement with the U.S., as the Biden administration has acknowledged, America could legally retake Bagram, which currently is empty after the U.S. abandoned it last week. The Taliban would try to make life miserable for the occupants, and sadly countless Afghans seeking freedom would have to routinely be turned away. But yes, it could be held as a land-based “aircraft carrier” and facility for the CIA and special ops troops. So could other strategically located former U.S. bases.

Unfortunately, it will do little to keep the nation from probably falling under complete Taliban rule. That will forever remain a stain on President Biden and, sadly, America as a whole.

Michael Fumento (www.fumento.com) was a sergeant in the 27th Engineer Brigade (Combat) (Airborne) and embedded four times in Iraq and Afghanistan.