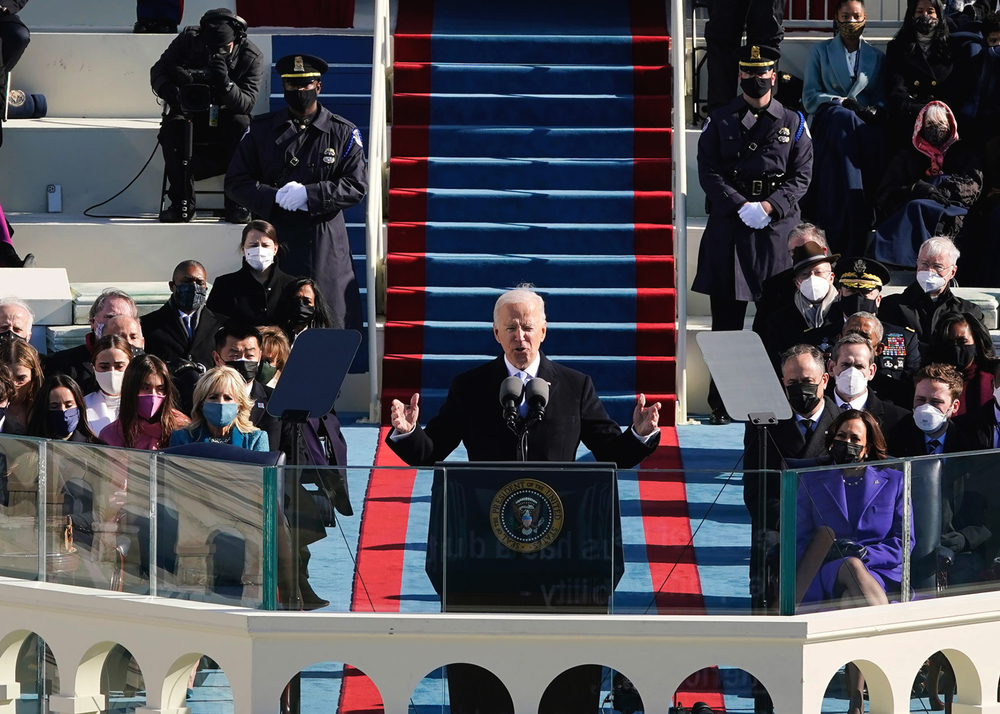 During his inauguration speech last week, President Joe Biden called for unity, and millions of Americans watched and applauded. The words were hopeful, inspiring, and forward-looking. Biden said, “To all those who did not support us, let me say this: Hear me out as we move forward. Take a measure of me and my heart. And if you still disagree, so be it. That’s democracy. That’s America — the right to dissent peaceably…. I will be a president for all Americans.”

For many Trump supporters, the words were welcome. But the words soon fell away as Biden began signing executive orders that belied his call to unity. Unfortunately, some of the Democrats’ calls for unity have now become calls for agreement, calls to help the party achieve its goals.

This is neither unity nor unifying.

Instead of focusing on working together toward a better future, the Biden administration is focusing on punishing those with whom it disagrees and taking steps to push through its agenda.

According to CNN, Biden had signed 37 executive orders by Tuesday night, less than a week into his tenure. Of those, 25 were new policies and 12 were reversals of former President Donald Trump’s policies. Rushing through an agenda without debate and without voting in the legislature is not unifying.

The argument by some people that Biden is just reversing Trump’s agenda is false, given that only 12 of the 37 orders were reversals. And they are not unifying. Let’s take a few examples. Biden stopped work on the Keystone XL pipeline, which immediately led to layoffs. He signed an order whose title made it appear to be intended to end gender discrimination. This same order is now being used by the Montana American Civil Liberties Union to fight to defeat the Montana House Bill 112. “This is not confusing: Trans girls ARE girls…. Trans people belong everywhere,” the Montana ACLU tweeted. The implementation of the executive order will lead to trans women competing in women’s athletics.

What does this mean? On average, men grow taller and build more muscle mass and aerobic capacity than women do. This is why women’s sports leagues were created: to give female athletes the ability to compete fairly. It’s not about the acceptance of transgender people in society. It’s about fairness in sports competition to women born female.

At the same time, the U.S. Senate is proceeding with a hearing on the second impeachment of Trump, hardly a unifying move. Instead of focusing on working together toward a better future, the Biden administration is focusing on punishing those with whom it disagrees and taking steps to push through its agenda.

Why’s aren’t members of the media calling this out? Well, they are biased by their disdain for Trump and their relief that he is gone.

For example, in November, Trump was mocked for sitting in front of what appeared to be a small table. “Donald Trump’s Small Desk Is Now Part of A Hilarious ‘Photoshop Battle,’ ” wrote Lee Moran of HuffPost on Nov. 28. The subheading read, “Reddit users weren’t kidding around with their reworkings of the president’s Thanksgiving scene.” Many people made fun of Trump.

On Jan. 22, Biden signed an executive order on what appeared to be the same desk. The image was captured by Alex Wong of Getty Images and used in a Jan. 25 New York Post article by Emily Jacobs titled “Biden to sign ‘Buy American’ executive order.” I didn’t notice the same ridicule of Biden by the media or those on social media.

Trump was ridiculed for sitting at the desk, while Biden gets praised for it. This unfair treatment of Trump could infuriate Republicans.

But we would best use our energies to focus on the issues. How can we deal with the facts, information, and issues that need to be understood, addressed, and changed without reacting emotionally? We have a choice: We could go nuts about the media being biased, or we could acknowledge that they are and work toward getting the real information out into the public sphere, where it can be debated. It takes more work than making fun of the other side — or exploding in anger. In the end, it will lead to a better result. My advice regarding media bias: Notice it, point it out, and move on.

Being a good citizen is not going along to get along, nor it is making fun of those you disagree with or exploding in anger. Being a good citizen means focusing on what is good about this country and emphasizing that while ignoring any attempts to ridicule or engage in a personal attack. If the only attack they have is personal, you know you’re on target. Just smile and refocus on the issue at hand.