In Memoriam,Top Story Hollywood Betty White, RIP - The American Spectator | USA News and Politics
Menu
In Memoriam
Betty White, RIP
She loved not just animals but people. She was the best.
by Bruce Bawer
Betty White at the 1991 Emmy Awards (Photo by Alan Light/Creative Commons) 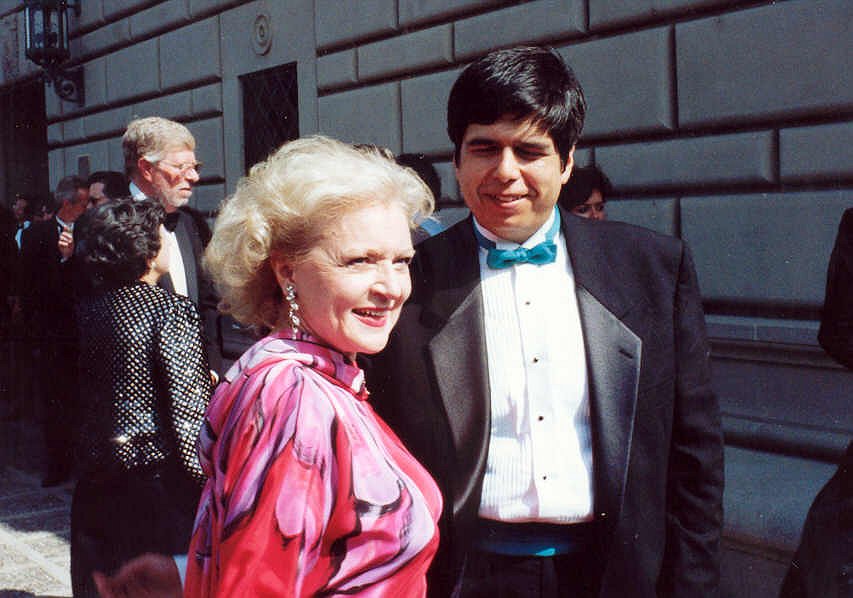 Of course the terrible, horrible, no good, very bad year of 2021 had to finish its cruel handiwork by taking Betty White from us.

She was there from the beginning. From the beginning of TV, that is. According to some sources, she was the first woman to produce a TV show — the sitcom Life With Elizabeth, in which she starred — and the first woman to host a talk show, Hollywood on Television, on which she spoke off the cuff for several hours a day. But she never was the sort of woman to focus on her gender.

Even I’m too young to remember those achievements. But I did grow up seeing her on Password, where in addition to exuding her distinctive combination of charm, class, and a delightful sense of fun, she played the game in a way that showed off some major smarts.

Many of us loved The Mary Tyler Moore Show, but we loved it even more when Betty White was on. Playing Sue Ann Nivens, the nymphomaniac with a phony sugary-sweet image, she was a genius at getting the biggest possible laugh out of a line — a standout even in a cast of blue-chip comedy actors.

In real life, by all accounts, Betty White was — to the extent that it’s humanly possible — the real-life, no-phoniness-at-all version of that sugar-sweet Sue Ann image. After an apparently idyllic marriage to Password host Allen Ludden — cut short by his untimely death — she never married again, always explaining cheerily to anyone who raised the possibility that anyone else would be a step down. In confirming her passing on New Year’s Eve, her agent told Variety that she had never feared death because she believed that when she went, she’d be reunited with Allen.

You don’t get statements like that every day from Hollywood agents.

From Mary Tyler Moore, Betty White went on to The Golden Girls. Her character, the daft, lovable Rose Nylund, was the opposite of Sue Ann. But she was as terrific at playing the one character as playing the other.

In later years, Betty White — whom everybody assumed was adored by everybody she knew — confessed that she’d never gotten along very well with Golden Girls costar Bea Arthur. That made sense. For one thing, Bea Arthur was a Broadway star, and some of her public statements over the years gave me the impression that she looked down on TV actors.

But there was more to it than that. When Bea Arthur did comedy, the humor almost invariably arose from her characters’ bleak, sarcastic takes on everything — their putdowns of others, their general cynicism about life. And you got the distinct impression that the characters weren’t all that different from the actress.

And indeed, various people who met Bea Arthur over the years have testified in interviews that she could be quite miserable, bitter, prickly — the kind of woman who responded to praise at parties by saying a snotty word and walking away. (She did this to both Gilbert Gottfried and Rufus Wainwright, and heaven knows who else.)

And, I should add, always funny. Ever since talk shows were born, dumb starlets have walked onstage and expected audiences to be thrilled by their mere presence and their lame personal anecdotes. To the end of her days, Betty White walked onto talk shows prepared to make people laugh.

She never just basked in applause. She never took her success for granted, never stopped being intensely aware that she was lucky to have had such a wonderful career, never stopped realizing that every time she stepped in front of a camera her job was to entertain.

Following The Mary Tyler Moore Show and The Golden Girls — plus a long list of other jobs before, after, and in between as series regulars, guest stars, and so on — Betty White seemed to have had as splendid a TV career as any actress could hope for. Surely it was time to wind down? But then, when she was 89, she starred in yet another top-notch comedy series, Hot in Cleveland.

It lasted six seasons, but even so I think it’s an extremely underrated show. During a period when garbage like Big Bang Theory and How I Met Your Mother scooped up armfuls of Emmys, it never got the praise it deserved. All four stars (the others were Wendie Malick, Jane Leeves, and Valerie Bertinelli) were great. The jokes were as good as, and the chemistry even better than, on The Golden Girls.

Plus a fact, unlike most other successful sitcoms of the time, it was often actually witty, which was only possible because the writers and actors understood wit. For Hot in Cleveland, Betty White — who’d already received five primetime Emmys, and was now in her nineties — won two Screen Actors Guild awards.

Apart from her marriage and her show-business career, the most important thing to Betty White was animals. She devoted a huge amount of her time to working with zoos and wildlife foundations; she also wrote books and hosted TV shows about animals. And she contributed lots of money to the cause of animal welfare. In this way she was much like Doris Day, another sunny spirit who lived into her late nineties. Perhaps a love of animals is part of a key to a long and happy life.

Then again, it’s easy to love animals. Betty White seemed seriously to love people, and to love a wider range of people than most of us are capable of loving. She also opened herself up to strangers in a way that few people as famous, and few people as old and wise, would ever dare to do.

Quick story. Once in the 1990s my sister, who back then did a lot of crew work in Hollywood, happened to be working on the same project as Betty White. When she noticed on the shooting schedule that Betty White was going to be unoccupied for some time between scenes, she asked her if she’d like some company.

Most actors of her stature, I wager, would have given my sister a look that said: Are you crazy? or Mind your business! Instead, Betty White replied that that would be nice. And so my sister phoned my mother, who was a few years younger than Betty White, but basically in the same generational cohort. My mother drove lickety-split to the studio, and she and Betty White spent the next couple of hours chatting it up like old friends. Betty White actually seemed to enjoy it. And my mother, of course, was over the moon.

I cherish that story, because it confirmed everything I’d always heard and wanted to believe about Betty White. Over recent decades Hollywood has been increasingly populated by obnoxious, narcissistic cretins who have no regard whatsoever for their employers or their audiences.

Some, when they get to be stars, make it clear when they appear on talk shows that they’re miserable to be there, and feel infinitely superior to everyone around them. And many, as we all know, seem to think that by virtue of their Tinseltown stardom they’re political oracles whose duty is to teach the deplorables about the danger of global warming, the evil of Trump, and so on.

Betty White never went there. She always appeared to be genuinely thankful to those who enjoyed watching her on TV. When mentioning long-dead producers who’d hired her to act in sitcoms or appear on game shows, her tone was always one of absolute respect and gratitude.

More talented than virtually everyone else in the business, she never seemed to think she was better than anybody.

She was a first-rate comedic actress. But more important than that, she was — remarkably — a deeply good human being in a profession awash in fools and knaves.