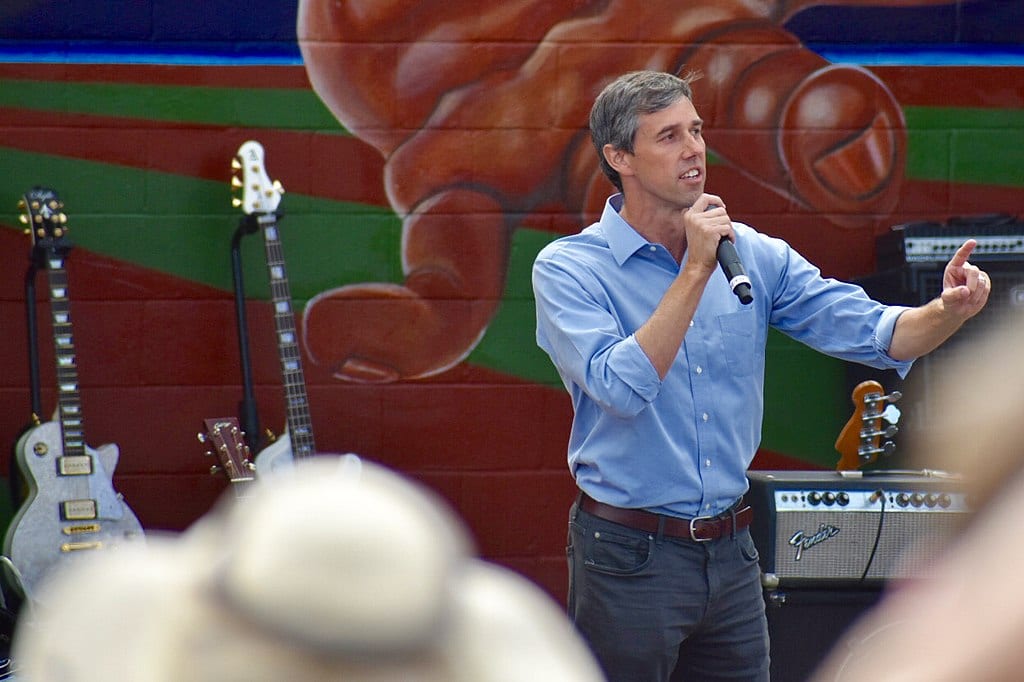 It turns out that Democratic heartthrob Robert Francis O’Rourke, in addition to deceptively insinuating that he is of Hispanic descent, has been less than honest about his commitment to saving the Earth from the menace of fossil fuels. He signed a “No Fossil Fuel Money Pledge” produced by a coalition of environmental activists promising to refuse “any contributions over $200 from the PACs, executives, or front groups of fossil fuel companies — companies whose primary business is the extraction, processing, distribution, or sale of oil, gas, or coal.” As it happens, however, O’Rourke accepted $492K in such contributions during 2018.

O’Rourke has, of course, been the topic of much speculation concerning a possible bid for the 2020 Democratic presidential nomination. Indeed, a recent poll found that likely attendees to the all important Iowa caucuses list “Beto” among their top three preferences, along with Joe Biden and Bernie Sanders. But his fossil fuel hypocrisy isn’t likely to go unmentioned by his competitors for first place in that crucial contest. They will probably point out to the voters that, like his failed attempt to join the Congressional Hispanic Caucus, his disingenuous pledge to abjure campaign contributions from “Big Oil” suggests that O’Rourke is a fraud.

He managed to get away with the environmentalist pose during his failed campaign to unseat Senator Ted Cruz. For example, O’Rourke received the endorsement from the League of Conservation Voters (LCV). In a statement that ironically denounced Senator Cruz for accepting contributions from the oil and gas industry, the LCV celebrated O’Rourke’s phony opposition to the Keystone XL pipeline. Had these people bestirred themselves to do their homework, they would have discovered that O’Rourke was the number one recipient of oil and gas contributions in the House of Representatives during 2018, outstripping even GOP Speaker Paul Ryan.

In fact, as left-leaning radio host David Sirota recently pointed out, “Beto O’Rourke is the #2 recipient of oil/gas industry campaign cash in the entire Congress.” This was not good news for the people to whom he promised he would reject such money. According to Sludge, which bills itself as a source of investigative journalism that looks “beyond public records and disclosures to reveal the hidden networks and conflicts of interest,” O’Rourke hasn’t returned the donations he got from oil and gas executives. This explicitly violates the pledge he signed and has caused his name to be struck from the list of politicians who remembered to keep their promises.

David Turnbull, strategic communications director at Oil Change USA, told Sludge on Tuesday that the group had just removed O’Rourke’s name from the list of signers.… Turnbull told Sludge that he believes O’Rourke, who signed the pledge in late April, thought the pledge only barred him from accepting oil and gas PAC donations, although the pledge language was clear at the time.

Turnbull’s flaccid “he misunderstood what he was signing” excuse is of course typical of the special pleading soi-disant progressives deploy on behalf of Democrats concerning sins for which they would never forgive a Republican. Turnbull would have us believe that O’Rourke is so illiterate that he somehow misread “PACs, executives, or front groups of fossil fuel companies” to mean only “PACs.” It doesn’t pass the laugh test. Given a choice between political expediency and principle, Turnbull chose the former. In reality, according to the AP, O’Rourke’s campaign never took the “No Fossil Fuel Money Pledge” seriously:

An O’Rourke spokesman declined to comment. But his aides privately scoffed at running a campaign that tried to attract broad, bipartisan support in oil-rich Texas without taking donations from executives tied to the industry. They also noted that criticism from the left only intensified after O’Rourke began to be mentioned as a 2020 challenger to more established candidates like Sanders.

Predictably, the usual suspects in the legacy media are helping to pull Beto out of this ditch. The Atlantic ran a piece titled, “Beto O’Rourke and the New Democratic Purity Test,” in which the negative reaction to the candidate’s appetite for oil industry contributions is attributed to an unhealthy Democratic aversion to corporate cash: “Today, for the first time since the dawn of the Cold War, a powerful faction within the party wants to treat them as ideological adversaries instead.” But the problem with O’Rourke’s perfidy on fossil-fuel money isn’t that it emanates from corporations. The real issue is that Rep. Robert Francis O’Rourke is a con artist.

He ran for the Senate as an outsider, yet was a third-term congressman who received $8.2 million from public sector employees, more than any other member of Congress. He is the scion of a wealthy Texas family noted for its Irish descent, yet brazenly traded on the Chicano nickname “Beto,” and even attempted to join the Congressional Hispanic Caucus. He pledged to eschew special interest money, yet raked in oil industry cash totaling $492K, more than any other member of the House. O’Rourke has the sycophantic support of the media and is cynical enough to go all the way in 2020. But, if you shake hands with him, count your fingers afterward.