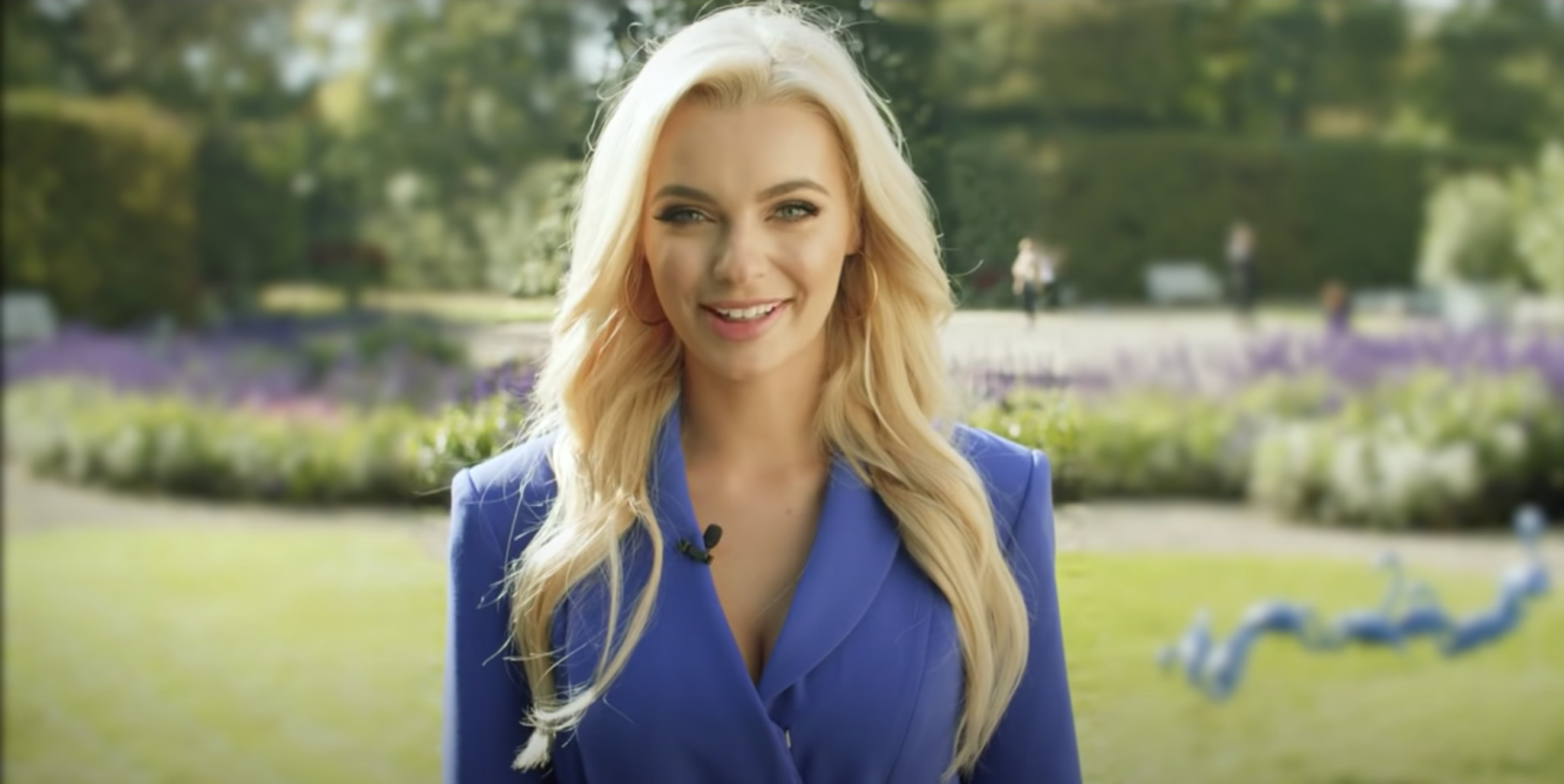 The Pole, Karolina Bielawska, is the new queen of world beauty. I don’t want to make my beloved Maria Sharapova jealous, but I would like to take this opportunity The American Spectator has given me to ask Karolina to marry me. I’m a great guy, Karolina, if you can overlook the fact that I’m a journalist, a writer, a bohemian, a loner, I wake up in a very bad mood, and I have an unannulled canonical marriage commitment to another blonde.

The award she has received is significant. Obviously, she is a beauty. She has a sweet, lively smile, dreamy eyes, and a golden mane that would make any of the blondes in Baywatch look brunette. But she is also self-assured and natural, magically spontaneous when speaking in public, has a huge heart, and doesn’t seem to need to fake it when photographed in the midst of her charitable projects.

It will be difficult to forget how Karolina was wearing a Ukrainian badge on her dress the day she received the big news. It’s not just because she was crowned Miss World, but because all of Poland is beginning to receive the recognition it has been denied for too long. In particular, in the last few years, we have seen all their European partners, useless dinosaurs in the Brussels parliament, time and time again putting Poland down for not voting for social democratic things and for having a right-wing government. They have called them homophobes for their pro-life and pro-family laws; they have called them racists for not allowing illegal immigration and not giving in to the emotional blackmail of the NGO mafias; they have called them a thousand times uncooperative and fascist. The Poles have hardly responded to the insults, demonstrating that, in addition, they have good manners.

But what is Poland? The same as it has always been. Dignity and traditional values. Poland is what the EU should be today. Poland is John Paul II pushing against the Berlin Wall. Poland is hundreds of people kneeling in the street praying the rosary for peace the day after the invasion of Ukraine began. And Poland is the country that was able to welcome more than two million Ukrainian refugees in just a few days without complaining, with the support of its citizens and its institutions, with all the love that emanates from a Christian society, and with families opening their homes and offering free beds. It is impossible to forget those Polish children who set up candy and sweet stalls at the train stations to welcome refugee children: as soon as they set foot in Poland, they were given a stuffed toy and a few packets of sweets accompanied by a huge welcoming smile.

In a way, Karolina Bielawska, who has been involved in charity projects for years, represents all of this. She represents, in fact, everything to which the West should be aspiring, instead of meandering lost between multiculturalism, secularism, Marxist environmentalism, militant Islamism, and social democracy; instead of entrusting charity to the state, who makes it compulsory and paid for with your own money. Real solidarity, whatever that cold word means, is what the Poles have done.

Europe today should apologize for everything it has done to Poland in the last year, including threats of sanctions by the EU, verbal attacks, smearing, and the denigration of its government. Europe should kiss the earth a Pole walks on because they are quietly doing for Ukraine everything that so many of us celebrated, sustainable, green, and committed Westerners do not know how to do or do not dare to do.

Believe it or not, I haven’t written all this just to woo Karolina Bielawska and receive a positive response to my nuptial proposal (Karol, I might settle for a romantic dinner). I’ve written all this because the Poles deserve it. Well, okay, and because Karolina is spellbindingly beautiful.