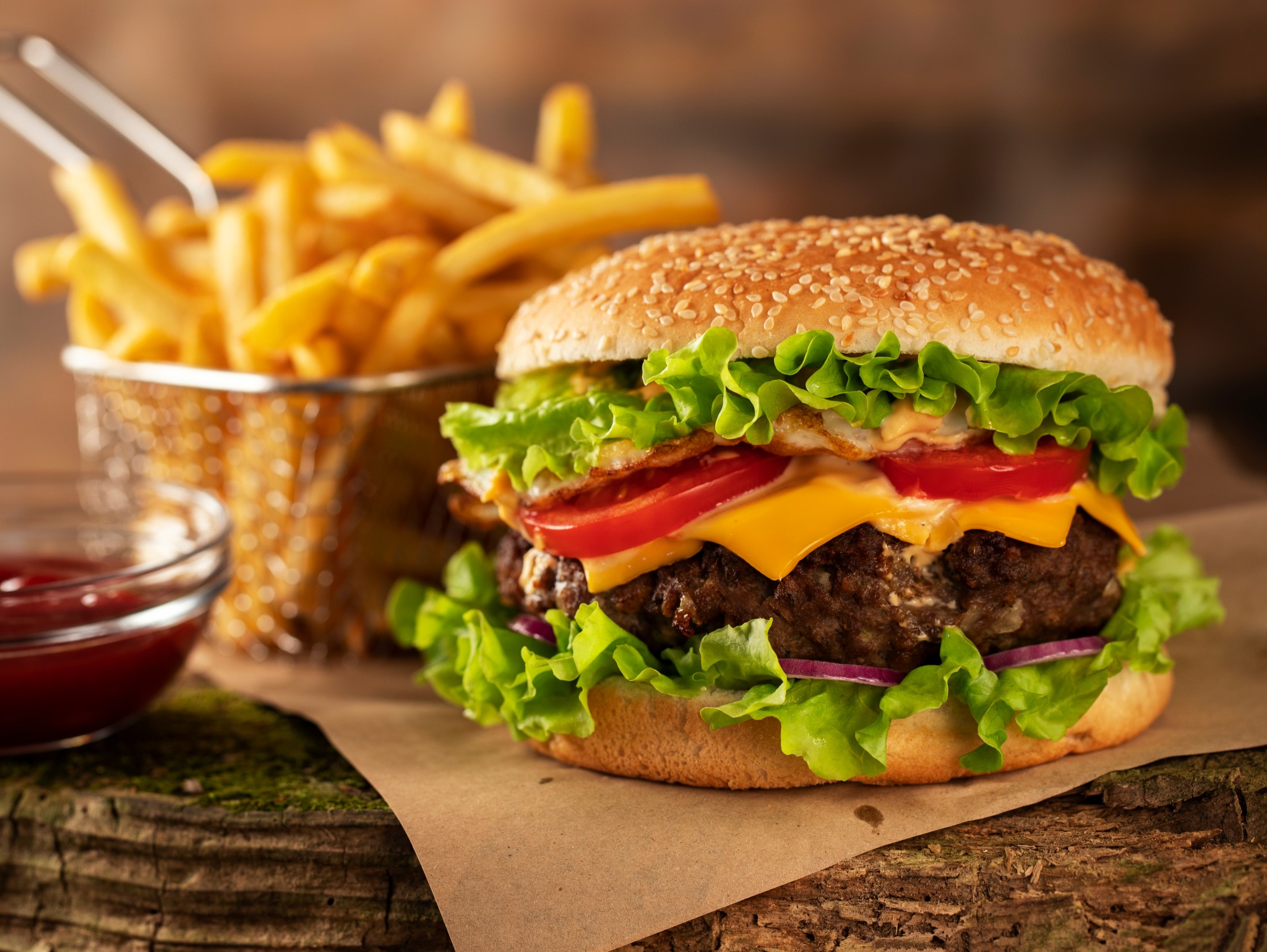 We are at war. And no, I am not referring to Afghanistan. There is a fight much closer to home and the enemy does not wear, for the moment, burqa nor turban. This enemy has an official car and is determined to raise your taxes and destroy your culture. Wait and see. This week we have learned that Berlin has removed meat and fish from the menus at its universities, because of the (insert here the adjective that scares you the most) damage they cause to the climate. Of all the food they serve, only 4 percent will be meat or fish, and only the fastest students will have access to it, because those who arrive late to lunch will have to make do, I suppose, with nibbling celery, sucking on a radish, and trying to gobble up a whole load of things that God put on top of mountains because, I expect, he did not foresee that we would need them on a day-to-day basis. Instead, God knew that we would need a lot of meat, which is why he filled the world with hamburger joints. Perhaps because food is such a divine pleasure, that is also why the Satanist lobby of European social democracy has gone vegan. And, what’s worse, it wants to force you to become one too. Because now — pay close attention to this — eating, in addition to fattening, pollutes.

Some shy criticism has been voiced feebly within Merkel’s Christian Democrat party — always happy to accommodate progressive nonsense — but Germany’s minister of the environment has also just announced that serving meat and fish is forbidden at her ministry’s official events. And what’s more, although the 4 percent measure only affects Berlin universities, all-vegetarian menus at other German universities now account for between 30 and 50 percent of the total. In case you haven’t noticed, in the name of the climate, meat and fish are gradually being taken away from us, just like regular cars, grocery bags, straws, mercury thermometers, and I don’t know how many other things have been taken away from us already.

Germany’s excuse for these strange decisions is that the students are so aware of the ecological footprint of eating a beef steak or a roast chicken that they always end up asking the cooks for meat-free meals. And that, therefore, there was no point in continuing to serve meat dishes. Assuming that such idiocy is true, you get an idea of the green brainwashing that those poor children have been undergoing since kindergarten, happily renouncing their main source of protein in the thick of development and actually believing that with their irrelevant actions they are helping to lower the temperature of the planet, because for this new bunch of climate schizophrenics, a cow grazing placidly in the field now constitutes the world’s deadliest biohazard.

Germany’s problem is Europe’s problem and I have terrible news: it is also the problem of the United States. It is the extreme stupidity of the political class and the elites, especially on the left, but not only, and we are now seeing an increasing number of center-right fools who boast about how they are “saving the planet” because their lunch was a damn quinoa salad with worms, which looked more like the menu at Guantanamo than some fancy restaurant dish.

There is a part of the European Right that is always eager to agree with the Left on something and considers that, between fiscal policies, increased public spending, and euthanasia, the most harmless thing they can agree on is environmentalism. So they become the world’s most lame-ass environmentalists, happily chomping away at synthetic steaks made from Bill Gates’ meat (I don’t mean slices from the idiot himself, but the meat he programs, or manufactures, or whatever you call it).

Anyway, the eco-Germans first ruined their once solid, powerful and perfect cars, which today exhibit as much power, solidity and perfection as a cauliflower salad with tofu. And now they are going to ruin food as well. If they didn’t do it at the expense of individual freedom, it would be irrelevant. I have never liked German food, and all I have ever seen at their restaurants is an endless variety of sausages, which is the sort of food you only eat away from home when you trust the cook implicitly, because a sausage could pack anything, and when I say “anything,” I mean anything.

Anyway, as I contemplate this new global vegan-progressive-climate-progressivist campaign (stupidity creates strange bedfellows), I can’t help being reminded of a joke someone told me the other day, in which a guy sends a WhatsApp to his vegan friend with a picture of a mouthwatering veal steak and a message that read, “Dear vegan. I killed the cow because it was eating your food”

Itxu Díaz
Follow Their Stories:
View More
Itxu Díaz is a Spanish journalist, political satirist, and author. He has written nine books on topics as diverse as politics, music, and smart appliances. He is a contributor to The Daily Beast, The Daily Caller, National Review, American Conservative, and Diario Las Américas in the United States, as well as a columnist at several Spanish magazines and newspapers. He was also an adviser to the Ministry for Education, Culture, and Sports in Spain.
Most Popular
1
The Right Prescription
Jan. 6: Seven Democrat Lies
by David Catron