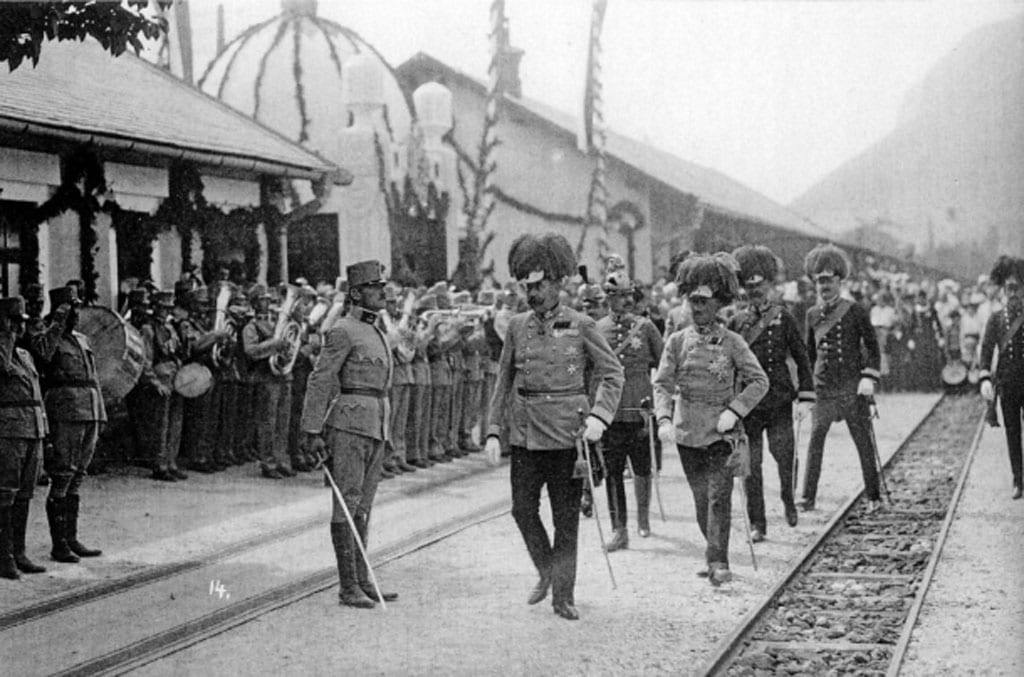 Another perfect day here in glorious Beverly Hills. My pal, Glenn Miller (his real name), and my beautiful Polynesian Hawaiian girl, Mlle. X, met me at the very nearby Beverly Hills Hotel for lunch. We walked through the nearly deserted lobby, past the gorgeous entrance to the Polo Lounge (named in an era when movie stars really played Polo in Beverly Hills, then had drinks at the BH Hotel). Then down past the closed milkshake bar and through a lovely garden of hydrangeas to a long set of stairs to the pool.

As usual, the dining area was bright and cheerful. It has a glorious view out over the pool, which is large and immaculate and blue. We sat down at our usual table and for some reason that I don’t recall, Mlle. X asked me about the origins of World War Two. I told her it all started with World War One.

“What was that?” she asked.

“You really don’t know?” I asked her with a smile.

“No. Tell me,” she demanded in a friendly way.

“No,” I said, with my most ingratiating smile, “not Australia. Austria.”

“What’s Austria?” she asked. “And what does it have to do with Germany, because you said something about Germany being involved. And where is Germany?”

Now, bear in mind, Mlle. X is 29 years old and a graduate of one of California’s most expensive and most prestigious colleges. She plans to become a physicist.

This actually made my blood run cold. Is this really what our education system has come to? Terrifying, and yet Mlle. X. is a beautiful girl and a fairly smart one at that.

The whole past does not exist for far too many Americans, and this scares me to death.

Tonight, wifey and I are watching the great The World at War for the 20th time and still learning more each time. What on Earth has happened?