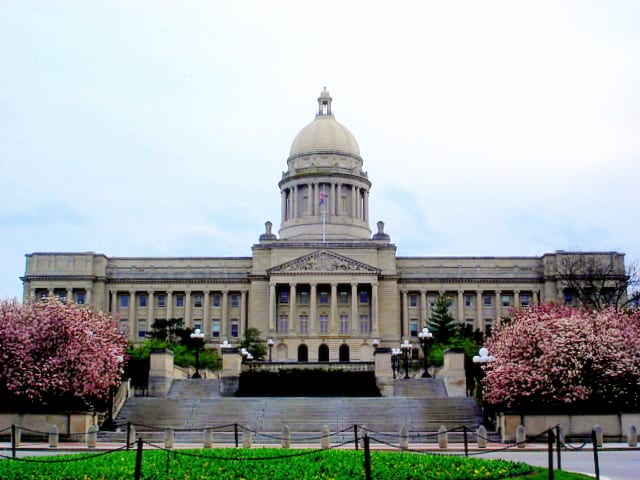 In what one tech expert calls “an astonishing report,” the Kentucky state auditor found that badly failing Kentucky Wired statewide broadband project could put taxpayers on the hook for $1.5 billion.

“Misled does really not do justice for this bait-and-switch on the taxpayers,” State Auditor Mike Harmon said after the 124-page report was released.

Changes in the plans for Kentucky Wired shifted the burden of costs from private partners to taxpayers. Australian-based Macquarie Infrastructure Developments LLC and a consortium of contractors were originally supposed to bear the brunt of the debt burden, but state officials decided to take advantage of tax-exempt bonds by creating Kentucky Wired Infrastructure Company, a nonprofit corporation.

But that effort to reduce costs to Kentucky taxpayers will likely only make them cough up more. That was just one in a series of follies uncovered by Harmon’s office, including officials ignoring warnings related to pole attachments issues and projected revenues and depending too heavily on the word of their private partners.

“Were the problems with Kentucky Wired foreseeable?” the report asks.

“Many of the problems identified in this report were not only foreseeable, they were actually foreseen,” the report answers.

Auditors uncovered at least three written warnings given to Kentucky officials before the project agreements were signed:

The executive order that on Aug. 17, 2015, created the Kentucky Communications Network Authority to manage Kentucky Wired is also misleading, according to the audit. The order claimed the public-private partnership formed to build the broadband network “leverages private sector funding for most of the construction cost of the project” and that private-sector partners “bear the construction and operational performance risk of the project” while the state would maintain ownership of the network.

Auditors said those claims were “doubtful” and “inaccurate.”

“The indication that private sector funding would be leveraged for most of the construction costs and that the private sector partners bear the construction risk are not accurate based on the agreements signed prior to this date,” the report says. “Furthermore, the statement that the Commonwealth retains ownership of the network does not acknowledge the significant portions of the network owned by the Center for Rural Development pursuant to a [memorandum of agreement] signed prior to this date.”

Some $270 million in bonds were sold with the understanding that $11 million in federal E-rate dollars would flow into the coffers after Kentucky Wired connected schools with broadband. But after former finance cabinet deputy secretary Steve Rucker became head of the KCNA, private providers called foul and the state abandoned the bid process for the money after the conflict-of-interest issue arose. Rucker resigned his post, but the damage was already done.

The project was touted by former Democratic governor Steve Beshear and Republican Congressman Hal Rogers, who promised Kentucky Wired would pull the state (particularly the more rural, impoverished eastern part of Kentucky) up by its economic bootstraps. Instead, it is proving a boondoggle.

Republican Gov. Matt Bevin, who inherited the mess, at one time considered scaling back the project but said the state was “fully committed” at a 2016 press conference. Perhaps Bevin realized — as the audit report alludes to — the financial and credit-rating fallout could be worse for Kentucky if the project isn’t seen to completion.

In a statement released to the Louisville Courier-Journal, Beshear seemingly blamed his successor for the problems with Kentucky Wired although the agreements to create the network were signed under his administration.

“If managed appropriately with real leadership, the project would be up and running already,” Beshear said.

In KCNA’s official response to the audit, the current executive director, Phillip K. Brown, wrote that the authority has analyzed termination costs — without making it clear what it has determined.

“KCNA has considered termination options numerous times with these reviews considering total costs and other impacts of terminating the project, such as impacts on the Commonwealth’s bond rating,” Brown wrote.

Although total costs are estimated at close to $1.5 billion, the project is likely to eventually generate some revenue, if not nearly as much as anticipated. The audit said Kentucky officials had cited an estimated revenue of $1.9 billion over 30 years from wholesaling excess network capacity, with the state collecting $1.3 billion of it. Auditors note that the Center for Rural Development will share money generated in eastern Kentucky and along Interstate 75 and that they found “scant support or analysis for these projections.”

“There is no evidence that a formal cost-benefit analysis was performed independently by the Commonwealth or a consultant working on its behalf,” the report says. “Instead, it appears the Commonwealth relied on cost and revenue projections provided by private partners that have vested interests in the project.”

Brent Skorup, senior research fellow in the Technology Policy Program at Mercatus Center, told Taxpayers Protection Alliance he was shocked when he read the report and finds it telling that the evidence has been forwarded to the executive branch of the state ethics commission for further investigation.

In the end, private partners will be responsible for less than 2 percent of the project’s costs, Skorup said, making this a public-private partnership “in only the narrowest sense.”

“Sadly, it’s another story of the hype of these networks and the reality that taxpayers are on the hook for the risks that aren’t accounted for,” he said.

As of March, 735 of the 3,200 total miles of Kentucky Wired has been completed and none of it is functional. The original plan called for the project to be completed next year, but more recent estimates would have it finished as late as 2022.

“It’s a huge black eye for the state and unfortunately taxpayers will have to live with this for a long time,” Skorup said.