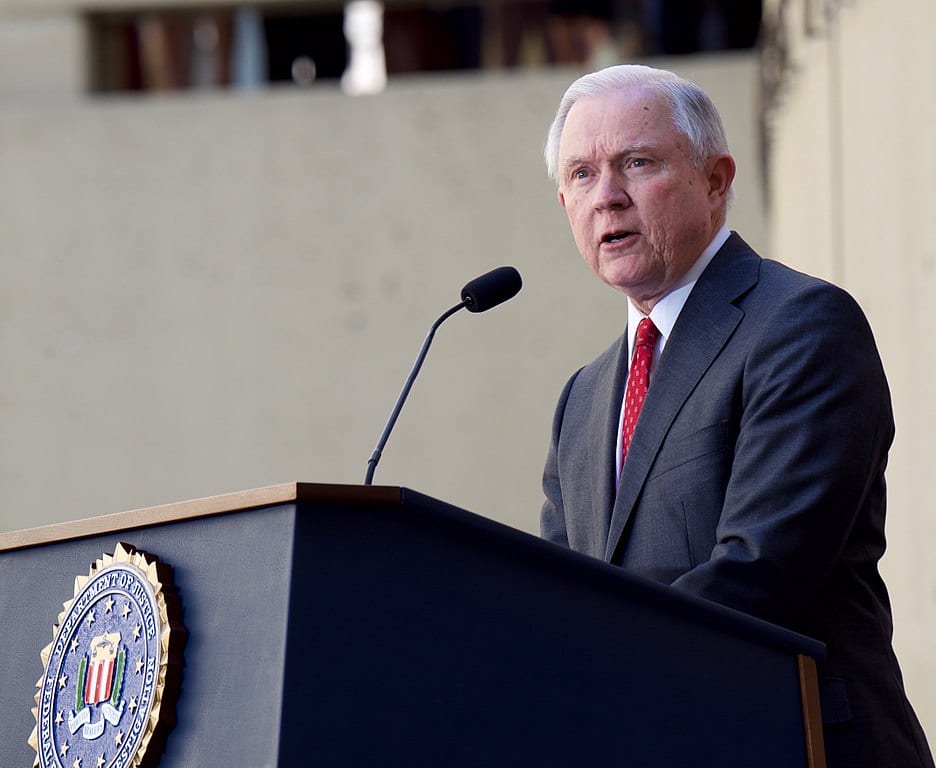 Attorney General Jeff Sessions recently announced that he has tasked the Department of Justice’s Inspector General (DOJ IG) to investigate alleged abuses of the Foreign Intelligence Surveillance Act (FISA) by some DOJ and Federal Bureau of Investigation (FBI) officials. His action was prompted by allegations that Foreign Intelligence Surveillance Court (FISC) orders — which allowed U.S. intelligence agencies to surveil and/or served as the impetus for others to publicly unmask through leaks some American citizens associated with the Trump campaign, transition, and presidency — was obtained under false pretenses and may have served as a basis for Robert Mueller’s special counsel appointment. The probe of these allegations should be done by a special counsel, not the DOJ IG, and here is why.

If DOJ seeks to determine whether FISA may have been improperly and/or illegally used by U.S. government officials, it will need to expand the scope of the investigation far beyond the DOJ and FBI boundary established by the attorney general. For example, the person assigned to lead this investigation should be tasked with interviewing and obtaining and analyzing information from certain officials who worked or work at the White House, U.S. intelligence agencies, Clinton Campaign and Democratic National Committee (DNC), Perkins-Coie law firm, British ex-spy Christopher Steele and his Russian sources and others believed to have played varying roles in paying for, developing, and disseminating questionable information used by DOJ and FBI to obtain FISC orders.

The IG Act of 1978, as amended, does not give the DOJ IG the authority to perform such an expansive investigation. It mostly allows that office only to investigate matters concerning DOJ and FBI persons (including contractors and grantees) and programs. For example, the DOJ IG can’t: convene a grand jury to compel witness testimony from inside and outside government, prosecute crimes, interview people who have left DOJ and FBI, and independently investigate matters deemed by the attorney general or deputy attorney general as preserving national security interests or protecting ongoing criminal investigations.

This in no way impugns the incumbent DOJ IG, Michael Horowitz, or the organization he leads. He is highly-qualified and well-respected throughout the agency, inspector general community, and Congress. According to his organization’s 2017 budget request, his office funding totals nearly $100 million and includes a workforce totaling about 480 special agents, auditors, inspectors, attorneys and support staff. Its prime mission is to investigate allegations of fraud, waste, abuse, and misconduct by DOJ and FBI employees, contractors, and grantees. He became DOJ IG in 2012 after being nominated by President Barack Obama and confirmed by the U.S. Senate. And since 2015, he has chaired the Council of Inspectors General on Integrity and Efficiency (an organization of 73 inspectors general). His noteworthy projects include the investigation of the Fast and Furious Program and the ongoing review of allegations regarding certain actions by DOJ and FBI officials in advance of the 2016 presidential election.

The FISA of 1978, as amended, prescribes procedures on how the Act should be used. In sum, it requires the government to obtain permission from a FISC judge to surveil communications on domestic soil for national security reasons. The FISC, also established in 1978, along with judges appointed by the Chief Justice of the Supreme Court, makes decisions as to whether to approve wiretaps, data collection, and government requests regarding monitoring suspected terrorists and spies. DOJ and the FBI must provide documentary evidence in an application to FISC judges to support court-authorized criminal or counterintelligence warrants. Any misuse of FISA, such as providing tainted evidence or excluding materially important information to FISC judges who issue these warrants, would cast serious doubt on the validity of any investigation, prosecution, and conviction emanating from the abuse.

House Permanent Select Committee on Intelligence memos, a Senate Judiciary Committee chairman criminal referral, and other revelations suggest that DOJ and the FBI may have indeed used tainted evidence and/or excluded materially significant information from the affidavits presented to FISC judges such as the payment source of the unverified Steele dossier and the author’s credibility. The question before Attorney General Sessions is what to do about apparent material deficiencies in the FISA applications. Here are three suggestions:

One, appoint a special counsel. 28 Code of Federal Regulations 600.1 specifies the three criteria for the DOJ appointment of a special counsel. They are when the attorney general or someone acting in his behalf determines that a criminal investigation of a person or matter is warranted; when a DOJ conflict of interest is present (i.e., DOJ investigating itself); and when it’s in the public interest. It seems, pending AG or DAG determination, the key elements for a special counsel appointment exist for this matter. Moreover, the chairmen of the House Oversight and Government Reform, House Judiciary, and Senate Judiciary committees (Reps. Trey Gowdy, Bob Goodlatte, and Sen. Chuck Grassley) and other members of Congress have formally requested the attorney general to do it.

Two, urge the special counsel to use the services of the DOJ IG and his staff in the probe. That office has a wealth of corporate knowledge about DOJ and the FISA process, and IG Act, a high degree of independence from DOJ. It also has some 135 agents and 39 attorneys on staff to assist. And its investigation regarding certain actions by DOJ and FBI officials in advance of the 2016 presidential election resulted in the firing of Deputy FBI Director Andrew McCabe and transfer of several other notable DOJ and FBI officials.

Three, develop a special counsel tasking which clearly defines the scope of work to be done during the probe. The tasking, among other things, should include a determination if anyone in the Obama administration, the Clinton campaign and DNC, DOJ and FBI, or elsewhere illegally used the FISA process to (1) weaponize U.S. intelligence agencies to spy on the Republican Party’s presidential candidate and his associates; (2) use the Perkins-Coie law firm to disguise the use of campaign funds directed to Fusion GPS and Christopher Steele and others to do opposition research on Trump and his associates during and after the campaign, (3) intentionally leak the names of Trump associates caught up in FISA surveillance to the press; and (4) approve and submit FISA applications to FISC judges under false pretenses by purposely withholding materially important information from the FISC judges; and (5) fatally poison Special Counsel Mueller’s investigation.

The time for the attorney general to act is now. Those among us who have participated in Federal criminal investigations know that it’s crucial to immediately obtain relevant documentary and testimonial evidence before it is destroyed, altered, or coordinated. Most importantly, the American people have a right to know whether those entrusted with maintaining a high degree of integrity throughout the justice system, government, and presidential electoral process acted legally and have met their public responsibilities.

Fred Gedrich is a foreign policy and national security analyst. He served in the U.S. departments of State and Defense.