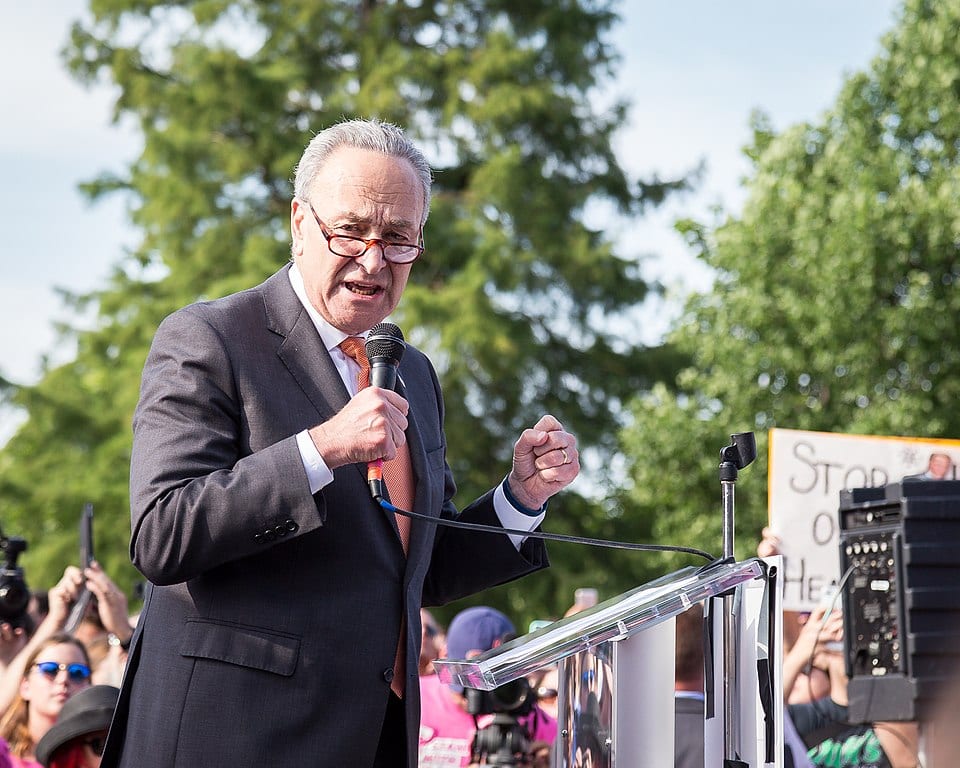 America has a health insurance problem because politicians would rather lie about it than solve it. Obamacare regulations caused premiums for people buying their own insurance to more than double between 2013 and 2017, then soar even higher in 2018. With huge hikes predicted again in 2019, Obamacare will have caused premiums to triple in six years. Ouch. But instead of telling the truth about why this is happening, politicians are dishing out lies.

Senate Minority Leader Chuck Schumer is already announcing what he’s going to do about the rate hikes. “We Democrats are going to be relentless in making sure the American people exactly understand who is to blame for the rates.” He means pinning the blame on President Trump and the Republican majorities in Congress. Don’t buy this lie.

The biggest cause, according to McKinsey management consultants, is Obamacare’s rule forcing healthy people to pay the same premium as sick people. Before Obamacare, people in most states buying in the individual market paid premiums that varied depending on their own expected medical needs. Not anymore. Now they’re being coerced into paying the medical bills of the chronically ill. Five percent of the population consume almost 50% of the healthcare but under Obamacare, everyone pays the same premium. Few would volunteer for such a scheme. That’s why Obamacare uses force. You buy or you get fined.

Despite soaring premiums, consumers are getting lower quality coverage than before Obamacare. McKinsey finds insurers are restricting choices of doctors and hospitals. Major cancer hospitals are off-limits in many plans, which are barely disguised Medicaid. If you’re seriously ill, getting medications you need — such as Copaxone to treat M.S. — can be nearly impossible, according to researchers from Harvard Medical School and the University of Texas.

Enter President Trump. With Congress stymied, Trump is changing federal insurance regulations as much as a president legally can to help sticker-shocked consumers. Some 20 million people who can’t afford Obamacare are either incurring the penalty for not having it or getting an exemption.

Trump’s changes will allow consumers to pay according to their own health needs, and to buy 12-month plans without costly extras like maternity coverage and pediatric dental coverage that are mandatory (even for single guys) in Obamacare plans.

Trump also pledged to eliminate the penalty, and the new tax reform law does that in 2019.

Schumer and House Minority Leader Nancy Pelosi say Trump’s moves “sabotage” the Affordable Care Act and “jack up costs and premiums for millions of middle-class Americans.” Another lie. You’d have to have amnesia to think premium hikes are a new problem.

Democrats are making a big deal over the Congressional Budget Office estimate that eliminating the penalty will add 10% to next year’s premiums. Ten percent — trivial compared with increases we’ve seen since 2013 and huge hikes forecast this fall. CareFirst in Maryland is proposing a jaw-dropping 91 percent hike.

This explosive problem is fixable. Every Republican proposal to replace Obamacare would pay the medical bills of people with pre-existing conditions out of general revenues. Not abandoning them but lifting the burden off consumers in the individual market and spreading it more broadly. Sadly, Congress failed to act. The good news is that eight states are moving ahead, using that same solution to undo the worst effects of Obamacare’s pricing rules and provide premium relief for people in their states.

Schumer seems exultant over the rate hikes ahead, missing no opportunity to repeat the lie, “President Trump and congressional Republicans are fully responsible.” For Schumer and other Dems, soaring premiums are about politics. They’re not suffering. Members of Congress get a sweetheart insurance deal for life. They should be trying to solve the problem for everyone else, instead of lying about it.