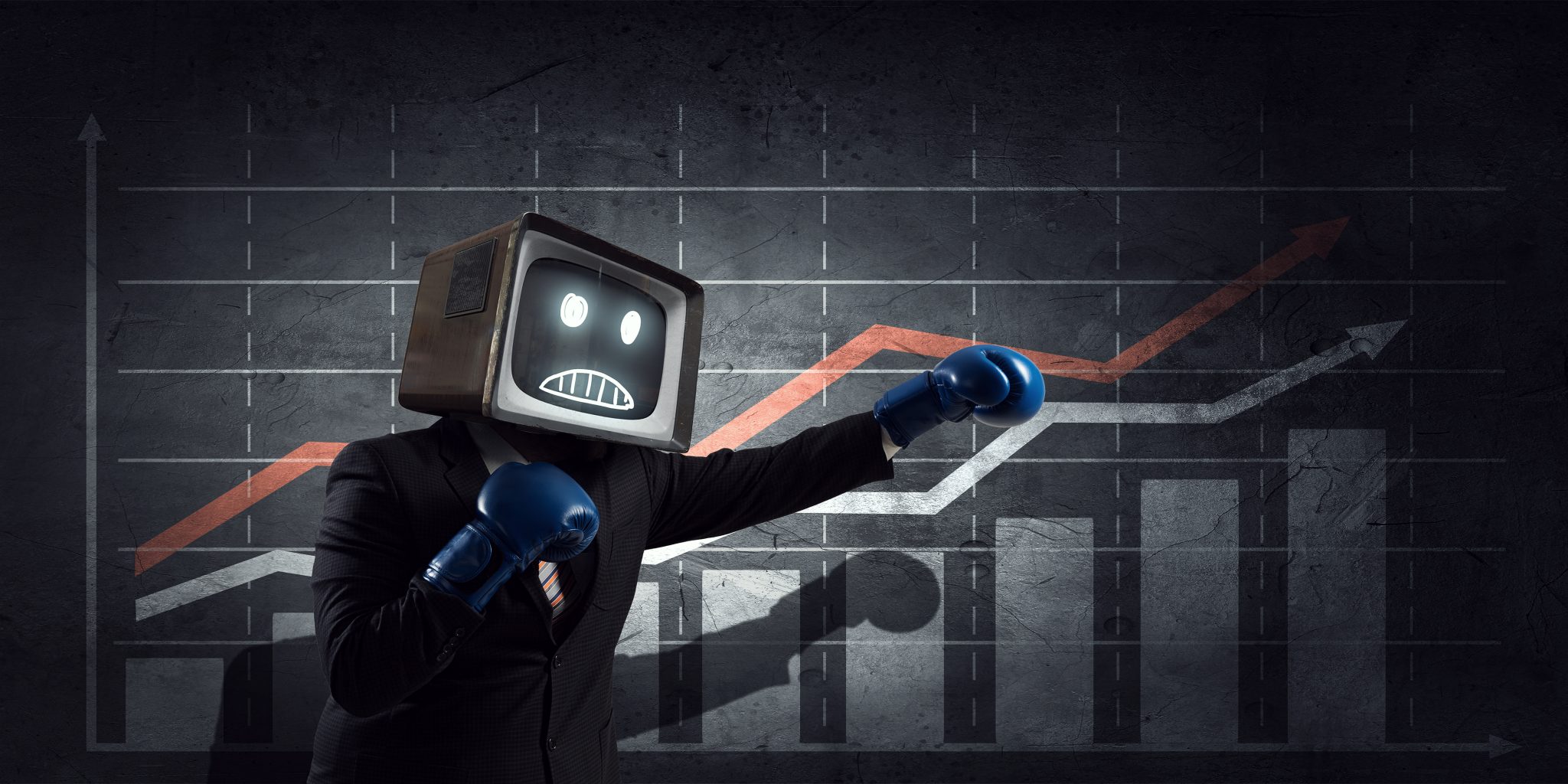 In the recent discussion about what ails the media, which has been prompted by a flurry of firings and resignations, the blind lead the blind. The diagnoses ignore the most obvious one: the media’s primary commitment to liberalism over real news.

Ariana Pekary, who quit MSNBC recently, blames the media’s dysfunction on an obsession with ratings:

“We are a cancer and there is no cure,” a successful and insightful TV veteran said to me. “But if you could find a cure, it would change the world.”

As it is, this cancer stokes national division, even in the middle of a civil rights crisis. The model blocks diversity of thought and content because the networks have incentive to amplify fringe voices and events, at the expense of others … all because it pumps up the ratings.

But that is an inadequate explanation, given that MSNBC has trailed Fox News for years. Were MSNBC so obsessed with ratings, it wouldn’t forfeit much of the national audience to Fox. It is MSNBC’s loyalty to liberalism, not ratings, that explains its also-ran status. It would rather lose audience than undermine the liberal narrative.

The media, for ideological reasons, routinely ignores stories that would generate good ratings. Take the American media’s complete lack of interest in the body-cam footage of the George Floyd arrest. Worried that it would complicate their preferred narrative, American journalists made no attempt to get their hands on it. It fell to the British media to get that story. And even now that the footage is available, thanks to the Daily Mail, the media shows no interest in it.

The Daily Mail, a London-based newspaper, published the bodycam videos of two of the four former Minneapolis police officers charged with crimes in Floyd’s death.

The videos show police verbally and physically struggling to get Floyd to comply. Floyd appears panicked, disoriented, desperate and totally non-compliant. He complains that he can’t breathe while standing on two feet. He claims his mother just died and that he can’t sit in the back of the police car because he’s claustrophobic. He repeatedly begs the officers not to shoot him. He worms the upper part of his body out of the police car and asks to lay on the ground.

Early on during the encounter, long before the police restrain Floyd on his stomach, a female bystander shouts at Floyd to quit “resisting” and a male bystander pleads with Floyd that he can’t “win.”

At the beginning of the video, when Floyd is behind the wheel of the car he was driving, an officer draws and points his gun when Floyd initially refuses to show both of his hands. When Floyd complies, the officer holsters his weapon.

The behavior of the police officers seems appropriate and restrained given Floyd’s level of resistance and bizarre conduct. The footage reasonably explains how and why Floyd wound up on the ground with multiple officers restraining him.

The video does not justify officer Derek Chauvin kneeling on Floyd’s neck for nearly nine minutes. But it does offer context why Chauvin would be reluctant to believe Floyd’s “I can’t breathe” cries. Nearly every word out of Floyd’s mouth was a desperate lie.

Were the media interested in informing people rather than manipulating them, it would join Whitlock in providing this context for the arrest. But the media is not in the business of telling the truth for the sake of the common good. It is essentially a political party, an “opposition party,” as Trump calls it, and the imperatives of liberal politics determine what it does and does not cover, even if that means poorer ratings.

Context and factual data are often considered too cumbersome for the audience. There may be some truth to that (our education system really should improve the critical thinking skills of Americans) — but another hard truth is that it is the job of journalists to teach and inform, which means they might need to figure out a better way to do that. They could contemplate more creative methods for captivating an audience. Just about anything would improve the current process, which can be pretty rudimentary (think basing today’s content on whatever rated well yesterday, or look to see what’s trending online today).

She doesn’t mention the deficient “critical thinking skills” of journalists and their ideological groupthink. That is where the problem lies. The cancer of the media is in its conception of itself — as a propagandistic arbiter of the news rather than an honest conduit of it.