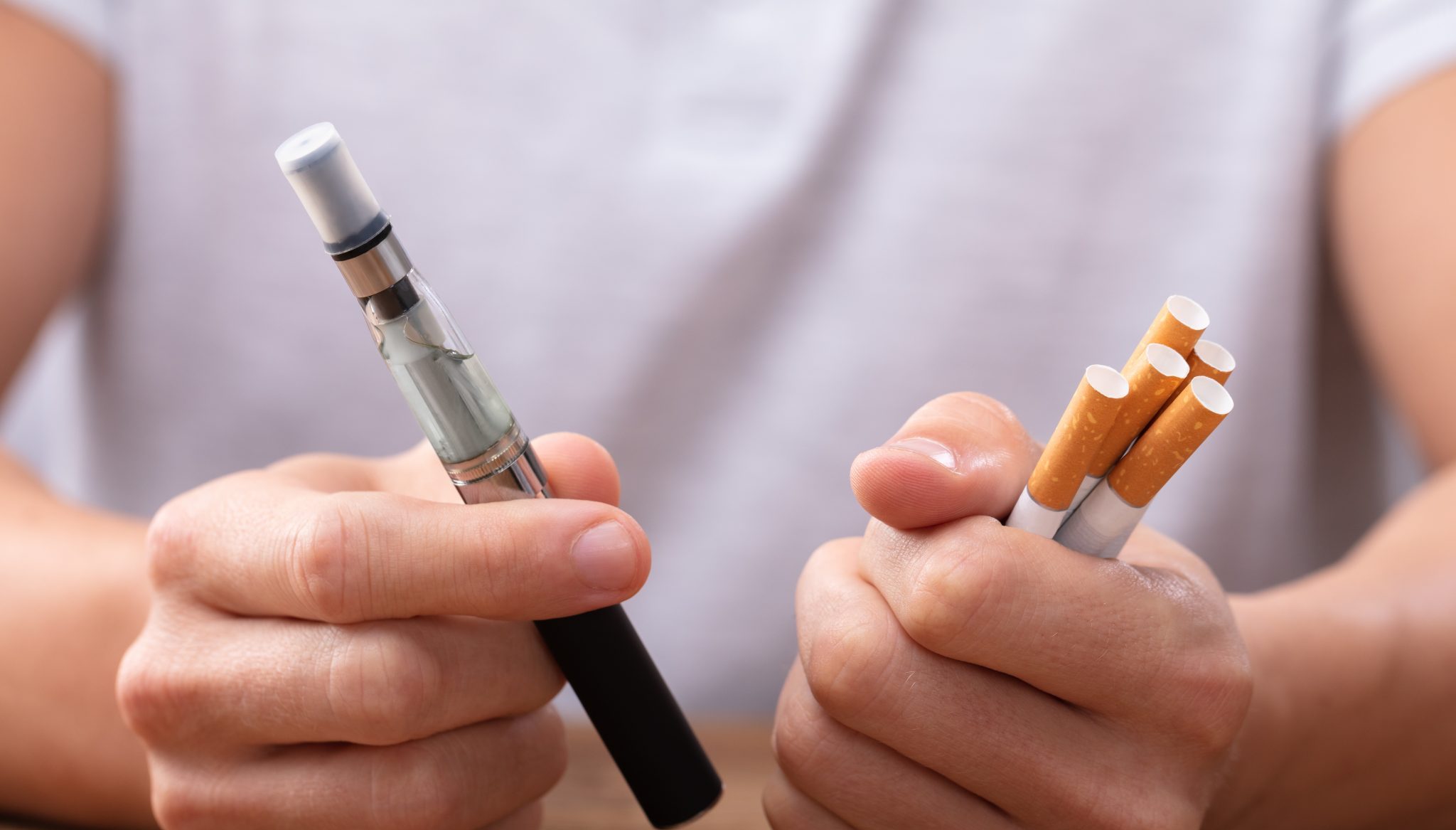 Sen. Jerry Hill, who authored a bill that would ban flavored-tobacco products across the state, once declared that he isn’t interested in “half measures” to deal with what he views as a teen vaping epidemic. Yet the San Mateo Democrat and the Assembly members who approved his Senate Bill 793 this week, have supported what is the ultimate tobacco half measure.

In the name of fighting Big Tobacco, lawmakers are about to ban those nicotine products that help smokers break their deadly smoking habit — while ensuring that only the most dangerous tobacco products are still available. Actually, the Hill bill isn’t even a “half” measure, given that cigarettes account for far more than half of all tobacco use, and the bill doesn’t address their sales. In fact, it might lead to a boost in the cigarette business.

If the Senate gives a final OK and the governor signs it, California smokers will no longer readily be able to buy e-cigarettes, even though they are 95 percent less dangerous than cigarettes. A flavor ban is essentially a sales ban on vaping given that nearly all vape liquids have a characterizing flavor. Some fruity flavors might appeal to teens, just as some alcohol and cannabis flavors might appeal to them also, but plenty of adults want to get their nicotine fix without having to endure that dirty tobacco taste, too.

It’s far better for public health if a smoker relies on lower-risk products than higher-risk ones. That would seem obvious anywhere except the California Legislature.

In Senate Bill 793, lawmakers agreed to exempt the retailers of high-end cigars and pipe tobacco as well as hookah lounges, but refused to exempt many other products. Hill complained to the Food and Drug Administration (FDA) after the Swedish Match company had lobbied for exemptions to something known as “snus,” as well as for a similar but new product known as “ZYN.”

Hill doesn’t want the company to even imply that these less dangerous products could help people stop smoking, even though the FDA had in 2019 given snus a “modified risk” label. ZYN is a similar product to snus that doesn’t include tobacco, but uses pharmaceutical grade nicotine. It’s similar to the ingredients found in nicotine gum.

“There is absolutely no reason to exempt Swedish Match snus and ZYN from SB 793,” according to a statement from Hill. “The company has neither sought nor obtained FDA approval to market these products for cessation. To state otherwise, or even imply it, is misleading and illegal.” That’s a disingenuous form of grandstanding. You know, something might help you quit smoking even if federal bureaucrats haven’t officially deemed it a cessation product.

Few Americans are aware of these niche products, which have no discernible popularity among underage tobacco users, but are increasingly popular among ex-smokers. Although it’s similar in name to relatively dangerous smokeless snuff products, snus is a type of pasteurized tobacco that is placed in small teabag-like pouches. Users place those pouches between their top lip and gum. They get their nicotine hit without the smoke, which is what really kills. No need to spit with these products, either. Likewise, ZYN users place the tobacco-free pouches under their lip.

For anyone interested in, say, reducing tobacco-related illnesses rather than simply posturing against Big Tobacco, snus offers a trove of research potential. Swedish men have been widely using snus for 50 years. Researchers who specialize in “harm reduction” — the idea that public policy ought to help people reduce the risks of dangerous behaviors rather than insist on failed Prohibitionist policies — have been looking closely at the results of the Swedish experiment.

“Sweden had the lowest prevalence of daily cigarette use in the European Union at 5 percent whilst daily ‘oral tobacco’ use was reported to be 20 percent,” according to a 2019 study in Harm Reduction Journal. “Sweden had the lowest rate of tobacco-related mortality and the lowest incidence of male lung cancer. Overall, prevalence statistics and epidemiological data indicate that the use of snus confers a significant harm reduction benefit, which is reflected in the comparatively low levels of tobacco-related disease in Sweden when compared with the rest of Europe.”

I’ve read critics who insist that snus isn’t the cause for lower cancer rates, which are the result of Sweden’s lower smoking rates. Why, yes, but the reason Swedes smoke far less than other European nations is that people who want a nicotine rush there historically have chosen snus instead. Snus is the reason why the Swedes smoke less. Perhaps such lessons can help in the United States.

If the Legislature were interested in genuinely improving public health, it would look at ways to protect ex-smokers who rely on harm-reduction products such as snus and vaping, while still addressing teen vape use. The two concerns aren’t mutually exclusive — provided one is serious about improving public health. Instead, ban supporters lash out at such ideas, preferring instead to embrace vague generalities. They note that all tobacco products have dangers and that nicotine is addictive.

That’s true, but it’s far better for public health if a smoker relies on lower-risk products than higher-risk ones. That would seem obvious anywhere except the California Legislature, perhaps. If Hill’s ban takes effect, nicotine addicts will have no other choices but to grab a pack of unquestionably deadly cigarettes. I suppose lawmakers are too addicted to the rush they get from moral preening to notice the resulting and deadly effects.

Legislators apparently believe that smokers should only embrace full abstinence from tobacco and nicotine. Well, sure, but welcome to the real world. When pushed on the matter, they argue that smokers ought to use FDA-approved cessation products and devices (nicotine gum, patches, inhalers), but smokers only use those often unpleasant alternatives in small numbers. It annoys self-styled public-health advocates that the market provides lower-risk products that smokers also seem to enjoy.

Hill and his allies know they can’t take the full Prohibition route by outright banning all tobacco sales. That would get tied up in courts for years and create a burgeoning black market. Instead, they are targeting safer products and boosting the market share of the truly dangerous ones. That may not be a half measure, but it’s full-on crazy.

Steven Greenhut
Follow Their Stories:
View More
Steven Greenhut is a senior fellow and Western region director for the R Street Institute. Write to him at sgreenhut@rstreet.org. His political views are his own.
Most Popular
1
Crime Time
New York Attorney General Letitia James Must Resign — and Be Prosecuted for Abuse of Power
by Jeffrey Lord