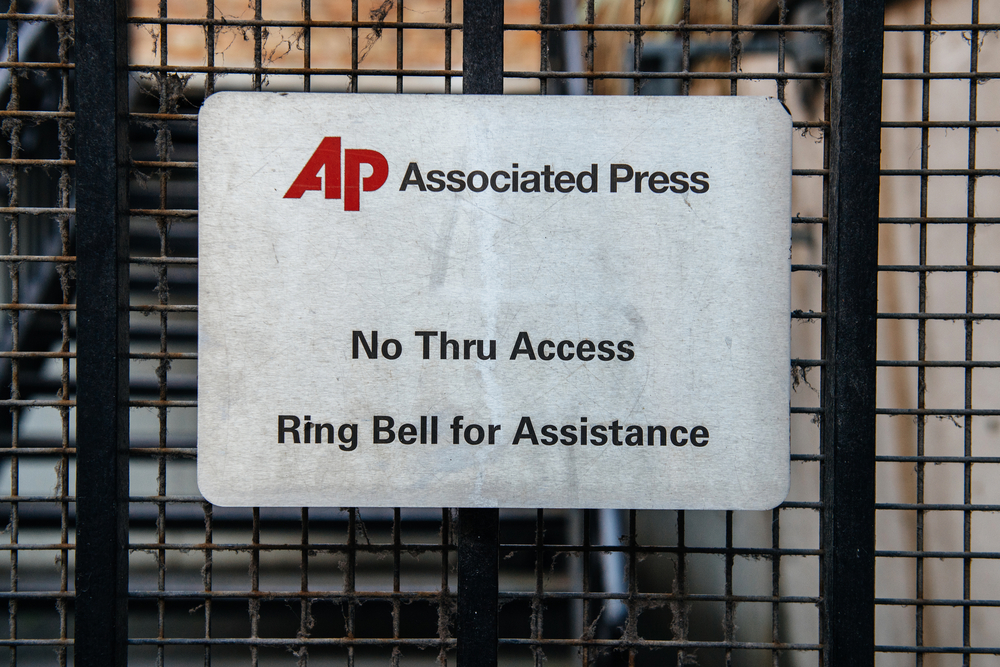 Gary Pruitt, president and CEO of the Associated Press, referred to the destruction of the 12-story building in Gaza City where his agency had a bureau on the top floor as “incredibly disturbing.”

Nobody likes to get bombed out of his digs. Real estate has been booming worldwide, and this is, or rather was, one of the top properties in Gaza. It had a balcony that was invaluable to photographers and such, as it surveyed the developed downtown area as well as the rundown sprawl beyond. The IDF warned the occupants to get out, which they did.

With all due respect for Mr. Pruitt, who is a lawyer with decades of experience in media management but is not a working journalist, he might have been more objective about the matter.

Because after a moment’s reflection, what you have to say is that it is incredibly disturbing that it should have become so ordinary for a top-notch newsman to say something so lacking in objectivity, what old hands in this business refer to as “fair and accurate.” Many if not most journalists, as well as human rights types whose job descriptions suggest they are tasked with serious reporting, had the same reaction as Mr. Pruitt.

Evidently, it occurs to no one that there is something cockeyed about journalists making themselves the story. How is it that when Israel hits a building it believes to be a base for its enemies, who are raining missiles on its population centers, the reaction of a renowned just-the-facts wire service is to slant the story as a personal grievance, with the added implication that the IDF is trying to silence the news? Al-Jazeera, which had its office in the same building, was explicit in making this point, and other news outlets followed the theme.

The “they’re attacking the media!” line sounds suspiciously like a derivative of the “they’re killing innocent civilians” theme that surfaces whenever the forces of law and order do what they are asked to do by the people who rely on them to defend civilized life.

Imagine for a moment what the response of governments, local and national, would be to a bomb shower over Boston, or even the fifth congressional district of Minnesota. And what would the media say?

An Israeli army spokesman said Hamas was using the building for military purposes and had supplied the intelligence to the U.S. government. The normal editor’s reaction would be “Maybe so, maybe not, go to the White House and DoD; call everybody you know in Israel; ask. Then ask again. Go to Hamas, get their line. Ask every source you have in Gaza. If they have been tenants in this former high rise for 15 years, they must know people who know something about something in Gaza, what?”

Recall that Ernie Pyle never objected to writing “we” and “our forces,” and he did it without sacrificing a syllable to the old fair-and-accurate, within the rules of battlefield censorship.

Am I wasting time on a lost cause? There are no lost causes in this business, only events. Facts. Verifiable within the limitations of deadlines.

Well, you can sit back and at least “analyze.” That is what journalists like to do in lieu of reporting these days. It used to be you did that at the bar downstairs after you filed your copy, not in your copy.

While we are on the subject, how many articles have you seen that analyze the Biden flubs in this story? They are, at a minimum, these: the appeasement of Iran (see the other day’s dispatch); the restoration of U.S. taxpayer subsidies to the Palestine regimes, Palestine Authority (West Bank), and Hamas (Gaza), by way of the United Nations agency for Palestine, officially UNRWA – the history of which is a story in itself, and it continues as a running story to this day; the removal of the Yemini “Houthi” organization from the State department’s terror list; White House and State Department comments on the rioting in Jerusalem which may or may not have been part of the fuse that Hamas then lit to start the latest rounds of bombardments.

All these issues – and others – are well worth covering, dispassionately and fairly. You do not have to say the White House should or should not have done this that or the other thing, you do not have to say explicitly that U.S. taxpayer money to Hamas might have ended up in Iranian pockets in exchange for missiles, nor do you need point out that being brazenly mercurial about who deserves a place on the terror list can only encourage terrorists to think U.S. security policy is not credible.

But you can lay out what happened and let the fair-minded reader decide, yes, for himself.