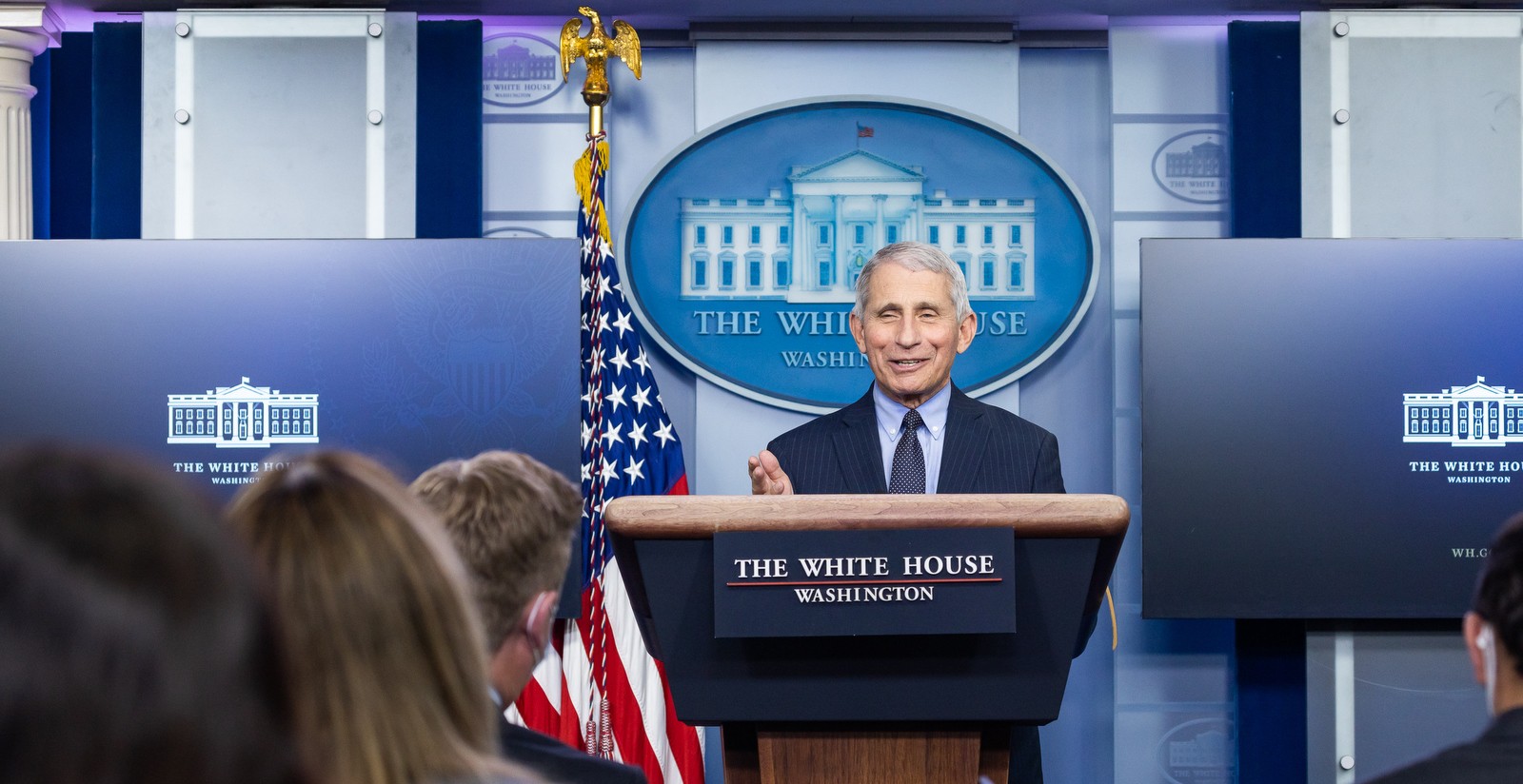 “The finding of AIDS in infants and children who are household contacts of patients with AIDS or persons with risks for AIDS has enormous implications with regard to ultimate transmissibility of this syndrome,” Anthony Fauci informed the American public in 1983. “If routine close contact can spread the disease, AIDS takes on an entirely new dimension.”

Of course, “infants and children” did not contract AIDS from “routine close contact.” Not for the last time did the public follow Dr. Fauci’s lead in mistaking speculation for science. Phobias involving shaking hands, calling on pay phones, and using public restrooms became not uncommon around that time. Fauci’s proclamation seems bizarre coming from a medical doctor. But from a bureaucrat it makes sense.

Self-preservation guides Washington mandarins. Fauci presents worst-case scenarios not primarily to inflate a savior status but to cover himself. This allows for a “see, I told you so” should matters go wrong or a “thank goodness the people heeded my warning” should matters pass with little damage. Either way, the bureaucrat wins.

One must interpret the damning revelations from Fauci’s emails in this light. The words of a creature surviving more than five decades in the fetid Beltway swamp and not of a graduate of Cornell University Medical School jump off the screen. This conniving Anthony Fauci revealed by a Freedom of Information Act request merely plays that affable, grandfatherly Anthony Fauci we watch on television.

Fauci presents worst-case scenarios not primarily to inflate a savior status but to cover himself.

“Hugh: It is essential that we speak this AM,” Fauci wrote the deputy director of National Institute of Allergy and Infectious Diseases (NIAID). “Keep your cell phone on … Read this paper as well as the e-mail that I will forward to you now. You will have tasks today that must be done.”

The panicked tone of the email came in response to allegations, later squelched by the social and news media, that Fauci’s agency funded the very gain-of-function research in Wuhan that possibly went awry.

“The paper you sent me says the experiments were performed before the [October 2014] gain of function pause but have since been reviewed and approved by NIH,” NIAID deputy director Hugh Auchincloss responds.

This contradicts Fauci’s sworn testimony before a Senate committee that the National Institutes of Health (NIH) absolutely did not fund gain-of-function research. Why did he so steadfastly deny facts that he displayed awareness of in his emails? Bureaucrats deal in CYA, not truth. The fact that his agency funded the very risky research alleged to have unleashed the virus automatically transforms a hero into a villain.

No wonder, then, that when another aide wrote him that aspects of the COVID-19 virus “look engineered” he instead stubbornly dismissed the idea that the virus came from a lab.

He wrote Ezekiel Emanuel that “you would assume that their [sic] would be substantial immunity post infection.” But he strenuously disagreed with Sen. Rand Paul when he made this point at a hearing.

“Masks are really for infected people to prevent them from spreading infection to people who are not infected rather than protecting uninfected people from acquiring infection,” Fauci wrote in another email. He further explained in that February 2020 message, “The typical mask you buy in the drug store is not really effective in keeping out virus, which is small enough to pass through material.”

Again, the behind-closed-doors bureaucrat differs greatly from the doctor he plays on TV.

How did Fauci get away with such a disconnect between what he knew and said privately and what he said publicly? The emails offer clues. “I want you to know that I respect that and would never put you in a situation with my correspondence that would jeopardize you in anyway [sic],” Kyra Phillips of ABC News wrote him. The reporters who demurred from inquiring about the emails at Wednesday’s White House press briefing no doubt played Tiger Beat reader to Fauci’s Leif Garrett throughout the pandemic, too. And Mark Zuckerberg, one of the tech giants with whom Fauci corresponded, regularly censored the doctor’s critics on the false pretense that his critics endangered public health.

And like all authoritarians, his primary argument aimed to end the argument: Do as I say or we die!

This proved even more persuasive during the pandemic than when environmentalists and no-nukes activists dispatched it. People did die this time, after all. The threat suppressed debate and unleashed armies of Faucis delivering impromptu lectures through masks on walking trails and disapproving glares at anyone neglecting to cover their face with this totem. Unelected public health officials began weighing in on such non sequitur issues as a ban on evictions for rent skips and issuing mask ukases as though holding force of law. The doctor-dictator set the tone for a shameful, and horribly ineffective at attaining its public health goals, period of government control with few parallels in this country’s history.

They got away with this through a one-word Jedi mind trick. “Science!” these days sounds a lot like “Silence!”