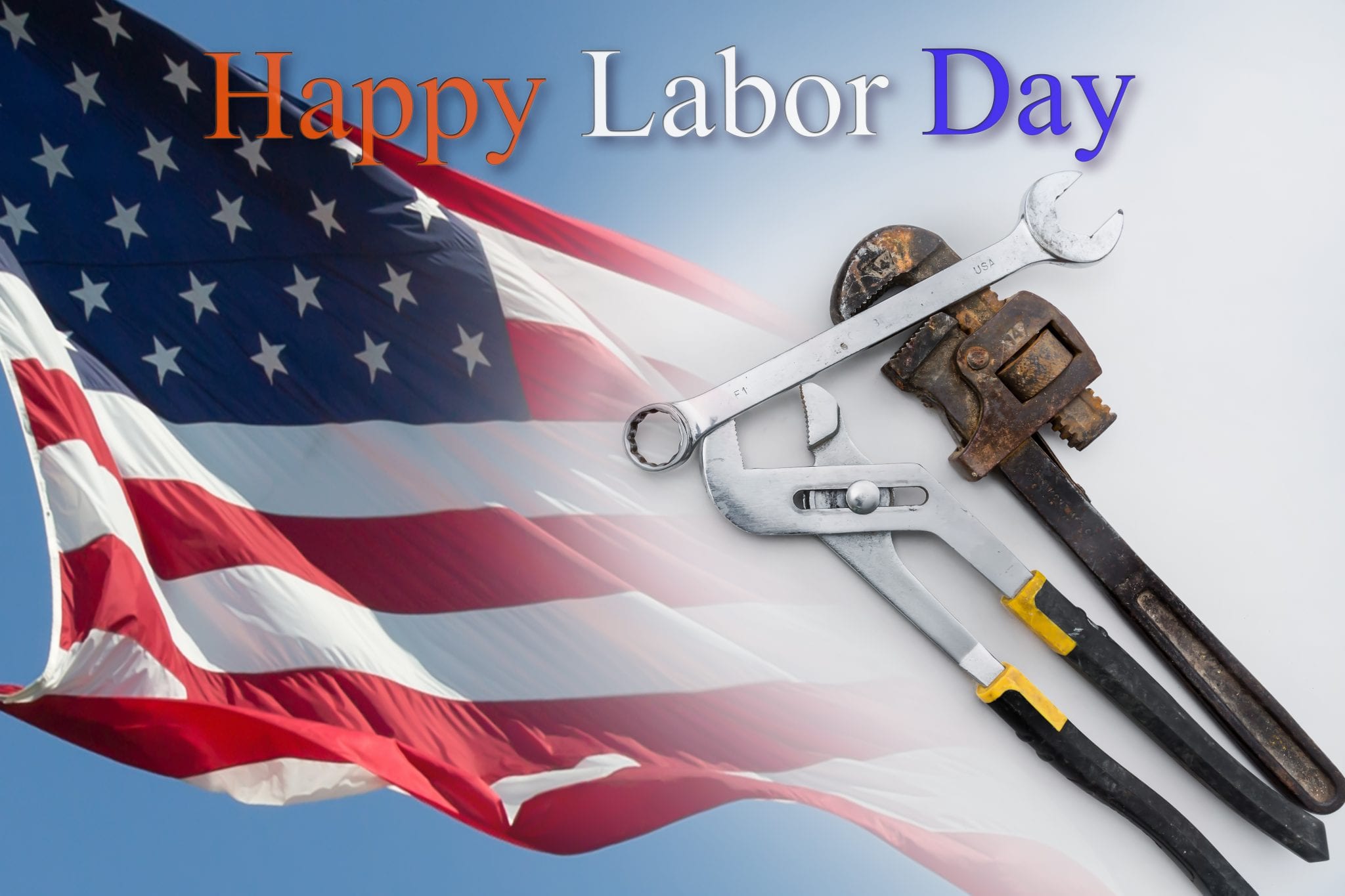 As August draws to a close, we approach what I call the end of the “sentimental summer” — the period bounded by Memorial and Labor Day weekends. It runs about three weeks ahead of the calendar summer, bounded by the summer solstice and the autumnal equinox. As Americans are vacationing at the beach, seeking respite from depressing news, I decided to offer readers a sunny tale.

About a decade ago a friend asked me to play national anthems on a piano, for a Washington, D.C., luncheon of Welcome to Washington, a private nonprofit founded in 1959 to enable diplomat spouses to get together periodically for cultural events — luncheons, concerts, art galleries, and the like.

I managed to find a music book, National Anthems From Around the World, with music, lyrics, and histories of 56 national anthems. Of musical interest, it turns out that upbeat melodies and bright (major) chords are found in anthems of countries that have been blessed mostly with victory in wars and/or good weather. Conversely, anthems with somber melodies and dark (minor) chords have faced mostly defeat at war and/or bad weather.

Any historical discussion of anthem music begins of necessity with the oldest anthem of the modern nation state: “God Save the King/Queen” (2:54), composed in 1745 by an unknown composer, as a show of support for George II in the midst of Scottish travails. It was arranged by Thomas Arne (1710–78), composer in 1740 of “Rule, Britannia!” (2:16). Based upon James Thomson’s poem of the same name, “Rule, Britannia!” features the most politically incorrect lyrics of all. Amazingly, the anthem music book informs us that “God Save the Queen” was used as an anthem by Denmark, Sweden, Switzerland, some independent German states, the U.S., and (not making this up) Czarist Russia.

Some Commonwealth nations adopted their own anthems. “Advance Australia Fair” (2:00) was the winner of a 1974 vote-off pitting composer and lyricist Peter Dodds McCormick against “God Save the Queen” (the Aussie anthem prior to 1974) and the outback classic “Waltzing Matilda” (4:13), a Scottish-style folk song composed in 1885 by Andrew Barton “Banjo” Paterson. The lyrics are quite a trip in themselves, as explained here. Sorry, lads, “Matilda” is not a 19th-century supermodel; it is Aussie slang for a bag slung over the shoulder, in the fashion of a knapsack. The lyrics were, however (not making this up), penned by one … Christina Macpherson.

Canada and New Zealand have adopted their own anthems. “O Canada!” (1:23) was composed in 1880 (13 years after Canada became a country) by Calixa Lavallée, lyrics in French by Sir Adolphe-Basile Routhier with English lyrics (not a translation) by Robert Stanley Weir. “God Defend New Zealand” (1:51, lyrics in Maori and English) was composed in 1876 by John Joseph Woods, with English words by Thomas Bracken and Maori words by Thomas Henry Smith. In 1977 it was adopted as a second, co-equal national anthem with “God Save the Queen.”

The anthem historian Simon Schama called “the greatest patriotic song ever written,” La Marseillaise (1:55), was composed by Claude-Joseph Rouget de Lisle on the night of April 24, 1792, at the request of the mayor of Strasbourg. Originally titled “war song of the army of the Rhine,” as French troops fought Austria, it was renamed La Marseillaise after French troops entered Paris in 1793, and in 1796 — the year Napoleon Bonaparte seized power — it was adopted as the French national anthem. Save for the years 1852 to 1870, it has been the anthem of La France.

Long before there was a Germany, there was the great composer Joseph Haydn (1732–1806). The master of music, inspired by “God Save the King” during his stay in England, composed Gott erhalte Franz den Kaiser in 1797, for the Prussian King Francis; the Wikipedia entry recounts in rich detail the serpentine twists and turns of its history, including Austria-Hungary also using various versions of it. The lyrics changed again when the Nazis came to power. Postwar Germany had no anthem for four years, and then it adopted the original melody with new lyrics. Haydn’s glorious music (1:28), given life in this performance conducted by Seiji Ozawa (orchestra not named), shows that aural beauty endures.

Israel’s anthem, “The Hope,” is a solemn expression (3:28) of the 2,000-year dream, now a reality, of the Jewish state centered in Jerusalem. Composed in 1878 (the same year that the first Zionist settlement in the Holy Land, Petah Tikva, was established), it was banned by the British during the post-World War I League of Nations mandate period (1920–48). While it has been sung throughout Israel’s existence, only in 2004 was a shortened version adopted by the Knesset as the official national anthem. The original poem expressed then-unrealized hopes now embodied in the Jewish state.

This brings us to Old Glory. John Stafford Smith’s English drinking song (circa 1784), officially titled “The Anacreontic Song,” the song of an English gentlemen’s club, “The Star-Spangled Banner” acquired lyrics on September 14, 1814, when Francis Scott Key witnessed the shelling of Fort McHenry from a British warship in Baltimore Harbor. It became our national anthem on March 3, 1931, by act of Congress. What might well have become America’s anthem was Irving Berlin’s “God Bless America.” Composed in 1918, it sat in a trunk for 20 years. Sung with sincerity and joy by the composer on national TV (2:08) in 1968, had Berlin’s tune been in circulation before 1931, America’s collective vocal chords would have rested easier. “The Star-Spangled Banner” is sung with relative ease only by opera singers, whereas Berlin’s tune isn’t so hard on the vocal chords. Two great versions have been sung at Super Bowls — compare Whitney Houston’s celebrated 1991 performance (3:35) with Renée Fleming’s exquisite 2014 rendering (2:54).

Another candidate proposed as our national anthem was “America the Beautiful.” Sung to perfection (2:08) by Fleming at Harvard’s 2015 commencement, like “God Bless America” it describes the American geography and national spirit more completely than does “The Star-Spangled Banner.”

One final note — or, more precisely, a cascade of notes. In 1987, Congress made “The Stars and Stripes Forever” our national march. With too many notes to expect singers to keep up, nonetheless it gave rise to what in my view is the greatest performance of any patriotic composition in American history: the legendary arrangement of “The Stars and Stripes Forever” by piano titan Vladimir Horowitz. He composed his version in 1944 in anticipation of Allied victory in Europe — the same year he became an American citizen (standing in line for five years, then legally entering through a designated port of entry). Horowitz electrified a national radio audience by playing it in 1945 at a big rally celebrating V-E Day. It was not recorded then, but savor this recording of his April 2, 1948, performance (4:50) at Carnegie Hall — the final minute is the audience’s standing ovation.