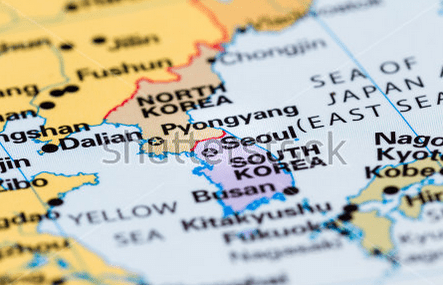 Last week I had the chance to watch “Ant-Man and the Wasp,” which is the 20th film in the Marvel Cinematic Universe. The sequel to the 2015 “Ant-Man,” which grossed about $519.3 million worldwide, it again stars Paul Rudd as Scott Lang, Evangeline Lilly as Hope van Dyne, and Michael Douglas as Hank Pym as the characters go in search of Pym’s wife.

I found the film overall a hilarious and family-friendly performance that is much more in-line with some of the early Marvel films, which had a less serious element to them. The plot had some interesting twists and turns, as well as some complexity which all remained relatively contained within the movie.

There were some mentions of the events of “Captain America: Civil War” which set the catalyst for Scott Lang’s house arrest that is the original premise from which the movie starts. The ending also had some unresolved plot points which provide fuel for future sequels, yet it was, as mentioned, the kind of movie where you felt a sense of closure as you left the theater.

That comedic setting and somewhat sense of wrapping up stands in stark contrast to “Avengers: Infinity War,” which had just preceded “Ant-Man and the Wasp” by about two and a half months and is still the subject of immense public speculation and cultural attention.

With still about 9-months till the as-of-yet unnamed “Avengers 4” is released, the events of “Ant-Man and the Wasp” do little in particular to tie into all the theories about how that movie may proceed, particularly amidst persistent rumors of Ant-Man taking an important role in the film.

Though Ant-Man remains a relatively surface-level franchise compared to the bulk drivers of the Marvel film franchise, such as Iron Man, Thor, Captain America, and the Avengers, it still provides a new branch that the other films do not necessarily provide.

Indeed, given the dynamics of the film production industry, that the Ant-Man “series” appeals to an audience and interest the other Marvel movies may not is likely precisely why it was created and continued.

This is the kind of movie and series where one would not hesitate to bring one’s children to watch, as well as providing a light-hearted entertaining skit that requires little deep reflection afterwards.

For some fans, that kind of movie may not be appealing due to its seeming lack of introspection. As one personally who has great appreciation for how the Marvel movies all generally connect together to form a larger co-mingled “universe,” I’ll admit the Ant-Man series’ seeming isolation does not put it on the top of the list for my personal favorite Marvel films, which remains the “Thor” series.

Yet “Ant-Man and the Wasp” does an excellent job at clearly what it is intended to do, which is to provide a large serving of Marvel comedy spiced with a little drama and action. Peyton Reed, Kevin Feige, and Stephen Broussard did an excellent job with this spin-off and Rudd, Lilly, and Douglas all made excellent performances that showed you how comfortable they have become with their characters.

There are some plot twists and turns, as well as intellectual fascinations as will naturally happen when the movie revolves around the “quantum realm.” Supporting character roles played by Michael Peña, Randall Park, and, a favorite music artist of mine, T.I., were natural and incredibly comedic, both individually and as a collective chorus. The anti-hero role played by Hannah John-Kamen was clever, strong, and impactful.

While not one of the crown jewels of the Marvel Cinematic Universe, as a sidebar “Ant-Man and the Wasp” nonetheless remains worth the ticket price and watch as a de-stressor as we lead up, with “Captain Marvel” still coming up in-between, to the undoubtedly world-hitting drama of “Avengers 4.”