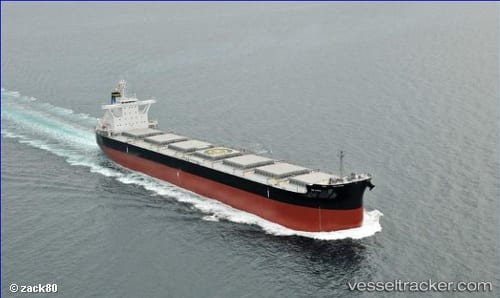 Business leaders truly really can’t stand uncertainty. Again and again, they say that their top concern with running their business is uncertainty, be it economic or geopolitical. And it makes sense—businesses survive by planning for the future. The ones that don’t aren’t around to see it. Taxes and regulations can harm businesses, but at least they are usually given time to brace themselves for them. Uncertain economic conditions can strike too suddenly to prepare; sometimes literally mid-trip.

That was the case for the RB Eden, a bulk cargo vessel currently acting as the ping-pong ball in a geopolitical game of table tennis. The ship, carrying sorghum which was loaded on at Corpus Christi, Texas, was originally bound for Shanghai when China announced a steep 179 percent tariff on sorghum imports from the United States as part of an anti-dumping probe. China’s announcement of the tariff was, of course, a return volley in the ongoing “not-trade-war” between the U.S. and China.

Already in the Indian Ocean near Madagascar, the RB Eden reversed course and headed towards Cartagena, Spain, rather than sell its grain under exorbitant tariff rates. It made it all the way to its destination, but never docked. On May 18, China put aside its sorghum probe and scrapped the tariff, causing the RB Eden to change course again and start chugging back towards Singapore.

The RB Eden’s quest to find a home is the most striking example of how tariffs can affect businesses, but it’s hardly the only ship to be turned around midway because of the sorghum tariffs alone. The RB Eden was just one of an armada of 20 ships carrying sorghum which changed course in direct response to China’s sorghum tariff announcement.

Businesses such as these, and the workers whose jobs they support, are the collateral damage in a trade war. And while protectionist defenders of Trump’s trade strategies may claim that he is creating a haze of uncertainty only to get other countries to “play fair,” it’s worth remembering that the very strategies he is employing to help exporting American businesses are really only hurting them.