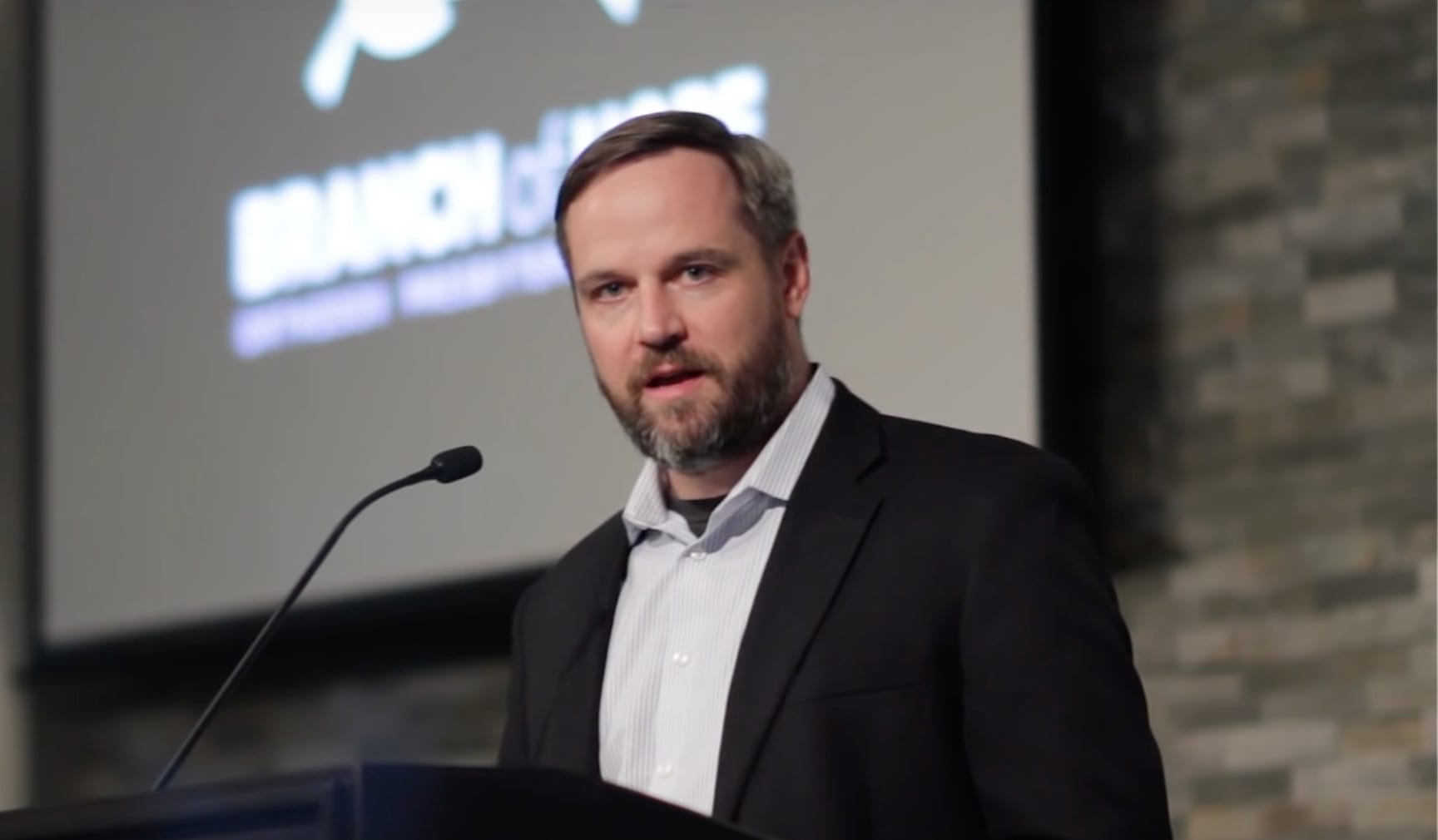 Citizens of Powder Springs, Georgia, probably have no idea they are a dot on the Southern Poverty Law Center’s annual “Hate Map,” which was published this week and achieved its purpose, i.e., generating scary headlines: “Hate group count hits 20-year high amid rise in white supremacy, report says” (USA Today), “U.S. Hate Groups Rose 30 Percent In Recent Years, Watchdog Group Reports” (NPR), and “Trump ‘fear-mongering’ fuels rise of U.S. hate groups to record: watchdog” (Reuters). The journalists who supply the SPLC with this kind of free publicity seldom if ever bother to dig down into the details of these annual reports, so it’s unlikely that USA Today readers or NPR listeners in Powder Springs (center below) are aware that one of these “hate groups” has made their town a dot on the map. 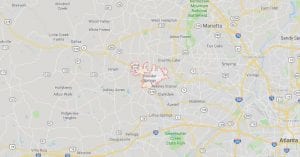 Located in the prosperous Cobb County suburbs of Atlanta, Powder Springs has more than tripled its population in the 30-odd years since I worked there as a young newspaper reporter. However, I had no idea there was a “hate group” in Powder Springs until I clicked on the SPLC’s latest map and found that the town of 14,000 people is home to American Vision, a small 501(c)3 “Biblical Worldview Ministry” currently led by Dr. Joel McDurmon, author of such books as God Versus Socialism: A Biblical Critique of the New Social Gospel(2009) and Restoring America: One County at a Time (2012). A theologian by training, McDurmon’s views can perhaps be most easily summarized as Calvinist and libertarian, and the question is: Why is this Christian non-profit organization with an office in Powder Springs labeled an “Anti-LGBT Hate Group” by the SPLC?

“Merely because we have always stood by the Bible’s position on homosexuality,” McDurmon told me in a phone interview the day the latest “Hate Map” was published. Of course, there are many thousands of churches with millions of Bible-believing congregants in America that stand by the same position, but the SPLC can’t put every church on its “Hate Map,” so there’s a certain randomness to this designation. A couple of years ago, as part of an effort by the Left to defund conservative organizations, American Vision was denied services by various online payment processing companies citing the SPLC’s “Hate Group” label. As McDurmon explained in an article last fall, “Apparently, such left-leaning companies believe Christians should be forced to bake their homosexual wedding cakes, but they shouldn’t have to serve us.”

This tactic of “financial blacklisting,” as Allum Bokhari of Breitbart News calls it, has been targeted at a broad spectrum of conservative activist groups since President Trump’s election in 2016, and can be devastating in its impact. Fortunately for supporters of American Vision, its online donations page is back in operation and McDurmon says the group has “recovered 80 to 90 percent of our donor base” since it first got blacklisted by companies like Stripe and Amazon.

The increasing absurdity of the SPLC’s “hate group” designation has become obvious to conservatives in recent years. David Horowitz, the former New Left radical-turned-conservative, has called the SPLC “a $400 million dollar hate machine.” Any really serious journalist who bothered to research the SPLC’s operation could easily find articles with headlines like “Seven Reasons to Beware the Southern Poverty Law Center” (Carol Swain, American Thinker) and “The Southern Poverty Law Center has lost all credibility” (Marc Thiessen, Washington Post). In case a reporter is too lazy to do his own research, the “SPLC Exposed” website has collected a vast trove of reporting and commentary on the subject.

Nevertheless, the SPLC’s dots-on-a-map motif continues to be parroted by liberal journalists who share the group’s hatred of all things Republican. “The words and imagery coming out of the Trump administration and from Trump himself are heightening these fears,” the SPLC’s Heidi Beirich was quoted by Reuters as telling a conference call of reporters this week. “These images of foreign scary invaders threatening diseases, massive refugee caravans coming from the south. This is fear-mongering.”

Apparently, none of those reporters bothered to ask if the SPLC is itself engaged in “fear-mongering,” nor question whether residents of Powder Springs have any reason to fear the presence of a Calvinist theologian in their tranquil suburban community. McDurmon says it’s “ridiculous” to lump American Vision in with violent groups like the Klan, and of course none of his group’s supporters have perpetrated “hate crimes” against homosexuals or anyone else for that matter. McDurmon says of the SPLC’s methods that “they stretch the definition” of hate for the most obvious of reasons: “They do this to scare people to raise money.”

Whether through laziness or sympathy for the SPLC’s left-wing agenda, few journalists ever carefully scrutinize the list of U.S. “hate groups” that are allegedly now at an all-time high. For example, among the 17 “Anti-Immigrant Hate Groups” on the SPLC’s map are Pro English — because it’s “hate” to encourage Americans to learn the English language, apparently — and Americans for Legal Immigration (ALIPAC), whose president William Gheen has emphatically denounced the SPLC’s label. While “no evidence exists that anyone in our organization has ever engaged in racism, hate, or violence against minorities,” Gheen wrote in a 2014 letter to the SPLC, the “hate group” listing was “directly encouraging people to threaten violence against me and my family.”

The 100 “Anti-Muslim Hate Groups” listed by the SPLC include Jihad Watch— a blog run by Robert Spencer, author of a number of books on Islamic terrorism — as well as 47 separate listings for local affiliates of ACT for America, a group headed by Brigitte Gabriel, a Lebanese immigrant and author of the 2006 bestseller Because They Hate: A Survivor of Islamic Terror Warns America. Whatever one thinks of Ms. Gabriel or her group, what purpose is served by depicting ACT for America not as one “hate group,” but 47? Obviously, the SPLC does this to pad its numbers — to inflate the “hate,” so to speak — and any intelligent person must doubt whether any actual menace to Muslims is posed by Ms. Gabriel’s admirers in towns like Oostburg, Wisconsin, or Cape Cod, Massachusetts, each of which has a dot on the SPLC’s map.

Becoming a dot on that map can be dangerous, as when a deranged gun-wielding homosexual named Floyd Lee Corkins attacked the D.C.-based Family Research Council (FRC) in 2012. The SPLC labels the FRC as an “anti-LGBT hate group,” and Corkins told police that this label inspired his terrorist attack. McDurmon acknowledges this danger: “There’s a lot of violent unstable people on the Left.” On the other hand, Cobb County is still a pretty conservative place, so it’s unlikely American Vision could become a target of left-wing violence.

Targets on the map are beginning to fight back against the SPLC’s smears in court (see “Lawsuit Challenges SPLC’s ‘Hate’ Label,” Feb. 8), but don’t expect American Vision to join the list of plaintiffs. McDurmon says that such litigation would be contrary to his political and religious convictions: “I don’t believe in making people slaves to the government.” Wow, what an extremist opinion! With a few more dots on the map like that, Americans might start believing they have a right to “the blessings of liberty,” as some old white guys once said.