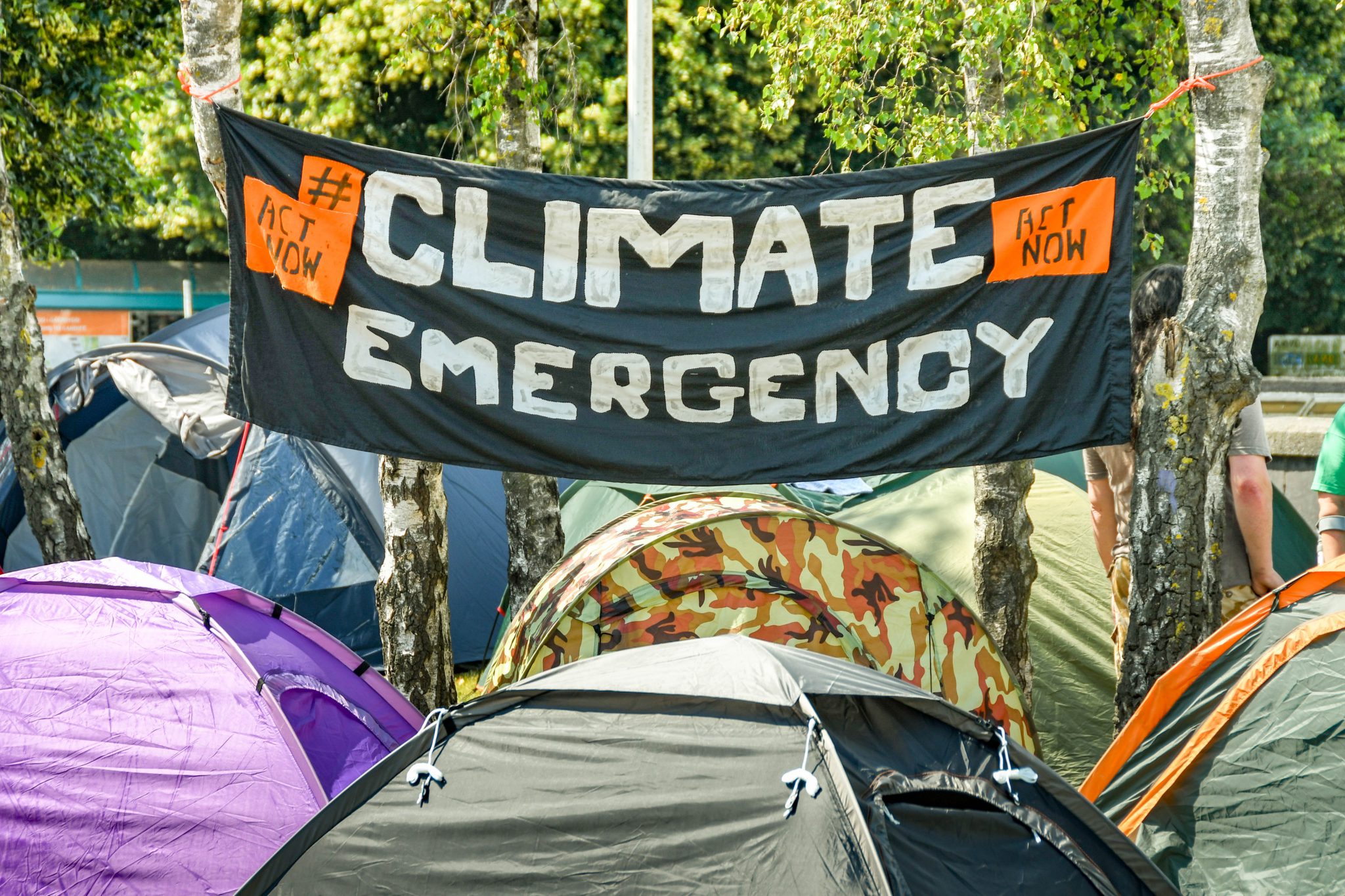 The Oxford Dictionary selected “climate emergency” as its “word of the year.” Wordsmiths not grasping the difference between singular and plural surely indicate an emergency of some sort.

So, too, does the growing propensity of words to describe the speaker more so than the thing the speaker ostensibly describes. “Climate emergency,” said often by voices broadcasted and almost never in actual conversation, often tells us about one’s politics but almost never says anything about the surrounding environment.

How badly does Oxford want you to search “climate emergency”?

Oxford’s word of the year shortlist consisted of “climate action,” “climate crisis,” “climate denial,” “eco-anxiety,” “ecocide,” “extinction,” “flight shame,” “global heating,” “net-zero,” and “plant-based.” Just in case Oxford’s committee did not select “climate emergency,” Oxford’s committee essentially limited its nominees to words that conveyed a climate emergency. One might say Oxford really, to coin a term, “Oxforded” — verb to dictate a predetermined result under the guise of democracy — the process.

The various “word of the year” selections, invariably coaxing sucker journalists into publicizing them, do not stem from the number of lookups or the annual increase in reader interest in a word. Indeed, one cannot even look up “climate emergency” in most dictionaries. Instead, people frustrated to find themselves defining vocabulary and not policy declare a word of the year based on their ideological fixations — and demand we all pretend a phrase a word to boot.

Oxford remains but one of the malefactors in this strange, end-of-the-year, cottage industry. Merriam-Webster offered “justice” last year, citing “racial justice,” “social justice,” and “economic justice” to justify choosing “justice,” and “feminism” the year prior. Recent Dictionary.com choices included “identity,” “xenophobia,” and “complicit.” The dictionary illustrated the meaning of this final term by citing Trump administration supporters and stating that “new EPA chief Scott Pruitt has been complicit in his refusal to acknowledge that humans play a primary role in climate change.” Dictionary.com pointed to Colin Kaepernick as an example of one refusing to comply.

One awaits M-W and Dictionary.com to join Oxford in providing their 2019 word of the year. Surveillance by parties private and public, the manner in which we receive television, music, movies, and so much else, the adult obsession over childish things such as superheroes and cartoons, the various ways in which 21st-century humans dress up 20th-century slide shows through Instagram, Facebook, and other .coms, and so many other societal developments all alter language. Imagining a political term permeating everything announces one’s secession from the times and immersion in a timeless conflict (politics).

If one constantly spoke of the Arby’s Hawaiian Roast Beef Sliders and Taco Bell’s Double Chalupa, the hearer might deduce that food weighs heavily on the brain of the heavy speaker. A similar phenomenon envelops dictionary panjandrums declaring, often in non sequitur fashion, politically charged terms they favor as terms on everyone’s lips even when everyone else never says or hears these terms. No matter: our conversation becomes your conversation, decrees the definer of words.

Politics does not envelop the lives of users of dictionaries the way it does the producers of dictionaries. The various “word of the year” selections emit a Rorschach test vibe that tells us more about the selectors than the selected. And one imagines that they want it that way. They want everyone to know how they define themselves politically. Doing this by projecting one’s peculiar views on the rest of the population creates the real problem. A small group of anonymous people deciding a “word of the year” after ignoring the words that the rest of us look up and use, as they mask their project as some objective venture rather than based on the whim of a few politically obsessed individuals, seems especially presumptive, cavalier, paternalistic, imperious.

For a word of the year, “imperious” works better than any yet offered. But the one offering remains one. Alas, one does not strike as much less than the population of the dictionary committees that purport to speak for several hundred million English speakers.