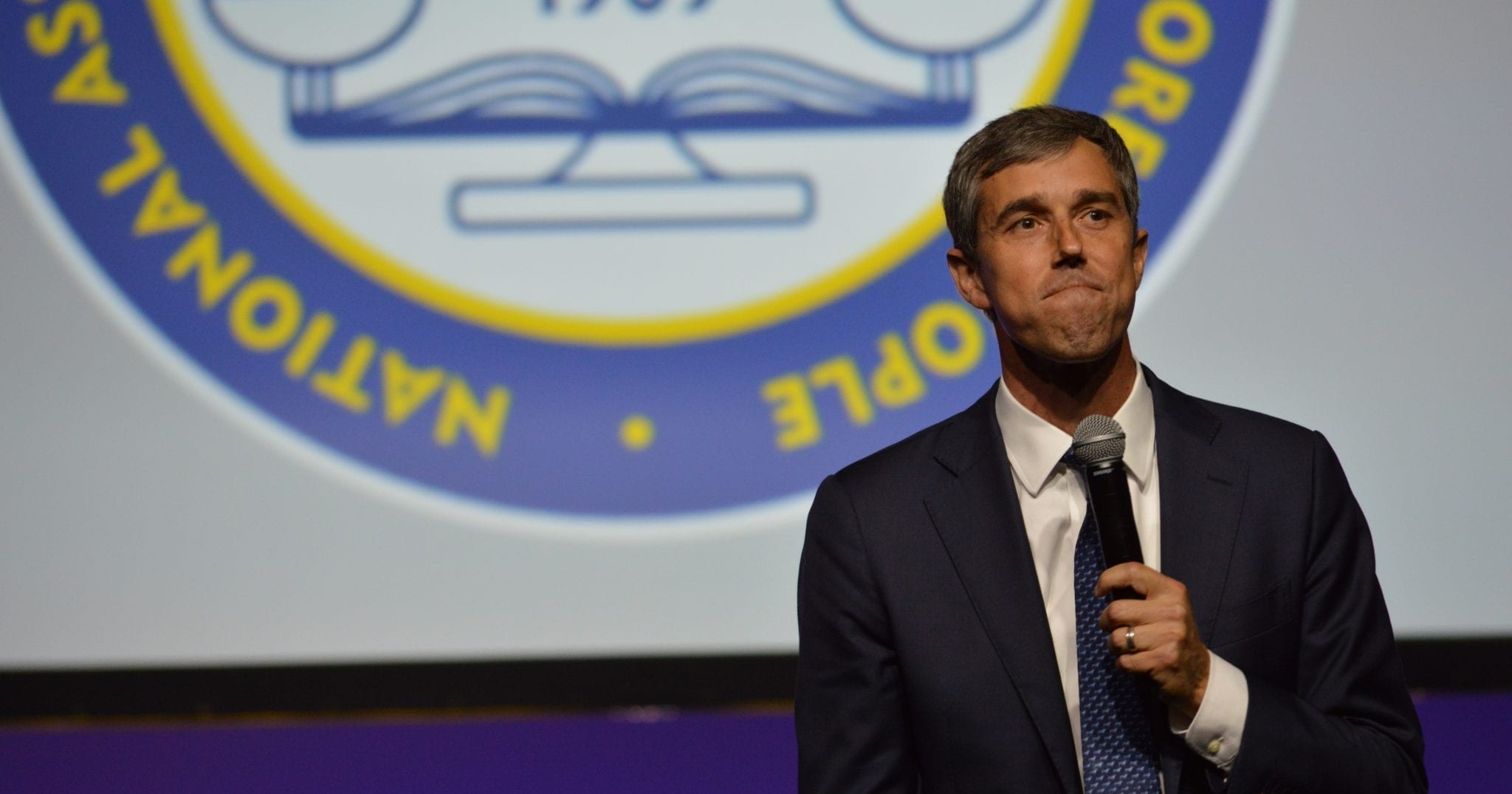 Beto O’Rourke’s pullout from the presidential race leaves the Democrats with, oh, a mere dozen and a half or so candidates available to run the country. The country’s corresponding task is to keep awake for the remainder of the race.

The pressing question is, or should be, what goes on here? What’s the mission — to can Donald Trump or to move us in new, as yet-hazy directions? Or both at the same time?

Beto — to use his baptismal name, Robert Francis — typified the confusion. What was he trying to do? He’d lost, if narrowly, a Senate race in Texas. He had no credentials to speak of. He just thought that even if an insufficient number of Texans liked him, he could charm a majority of Americans into loving him.

That aspiration fizzled. He had nothing to say, apart from give-me-your-guns. It was evidently what he said because so little else came to mind.

I’m generally against kicking people when they’re down. I think a word about Beto’s departure may nonetheless have relevance, due to the jangling words it speaks about how we overvalue people whose purpose in life is to go around asking for votes.

Beto won’t be missed. Candidates who come out of nowhere in order to lead us somewhere else are a dime a carload. As are the ideas with which they intend to galvanize us. In the 21st century, nothing’s good enough. Everything demands changing.

Was I speaking to you, Sen. Warren? Ummm-hmmm. The No. 1 or No. 2 candidate in the Democratic race, depending on what poll results you rely on, has a plan, actually a variety of plans, to turn life inside out. Her latest is a $20 trillion gig to throw us all off whatever health insurance we have, replacing it with a monolithic program of government health care — whether we want it or not. And, more important yet, whether or not the money is out there to do what she tells us to do.

Oh, Lord, what else? Tom Steyer wants to spend billions of our dollars battling climate change and fixing energy infrastructure. Julián Castro will go on “being a voice for the voiceless.” Andrew Yang wants to give us all a lot of money. Bernie wants to control everything — for our good, naturally.

None of this has to do with the rocking-chair concerns of American voters: jobs, kids, schools, security, freedom, and so on. No matter. This is presidential politics. If you want to be president, you must DO something for us. That we might be capable of doing things for ourselves, and our communities, is to the campaigners a weary assumption characteristic of a long-dead America.

The candidates want to DO something. Something big. This is why they are there — to tell us what and how. Beto might have lasted longer had he excitingly engaged those larger Somethings we so conspicuously want. “Here’s how to maintain and strengthen social peace” — maybe something on that order.

The great irony of these campaign-trail excitements is how essentially boring and repetitious they are, how carefully assembled with paste and cardboard for exhibition on the campaign trail. Democrats like to rail at capitalists. Here we get down to it. What’s all this free-tuition, free-health-care, soak-the-rich, grab-the-guns stuff if not commercialism of the worst kind, meant to sell products — specifically, the candidates themselves: Beto, Elizabeth, Joe, Bernie, and so on?

What all campaigners want is to sell at a profit. Donald’s ballyhoo just happens to be better tailored to human realities than, say, that of the senator from Massachusetts who wants our money so she can improve on how it’s being spent. This is why, other things being equal, Donald is 2020’s likely winner and our president for four more years.

Beto just thought the Something we wanted to hear was, “I’m coming for your guns.” Never mind. There’s lots more such stuff out there; for example, “Get those hands up. I’m here for the money. And you’ll love what I’m going to do with it.”