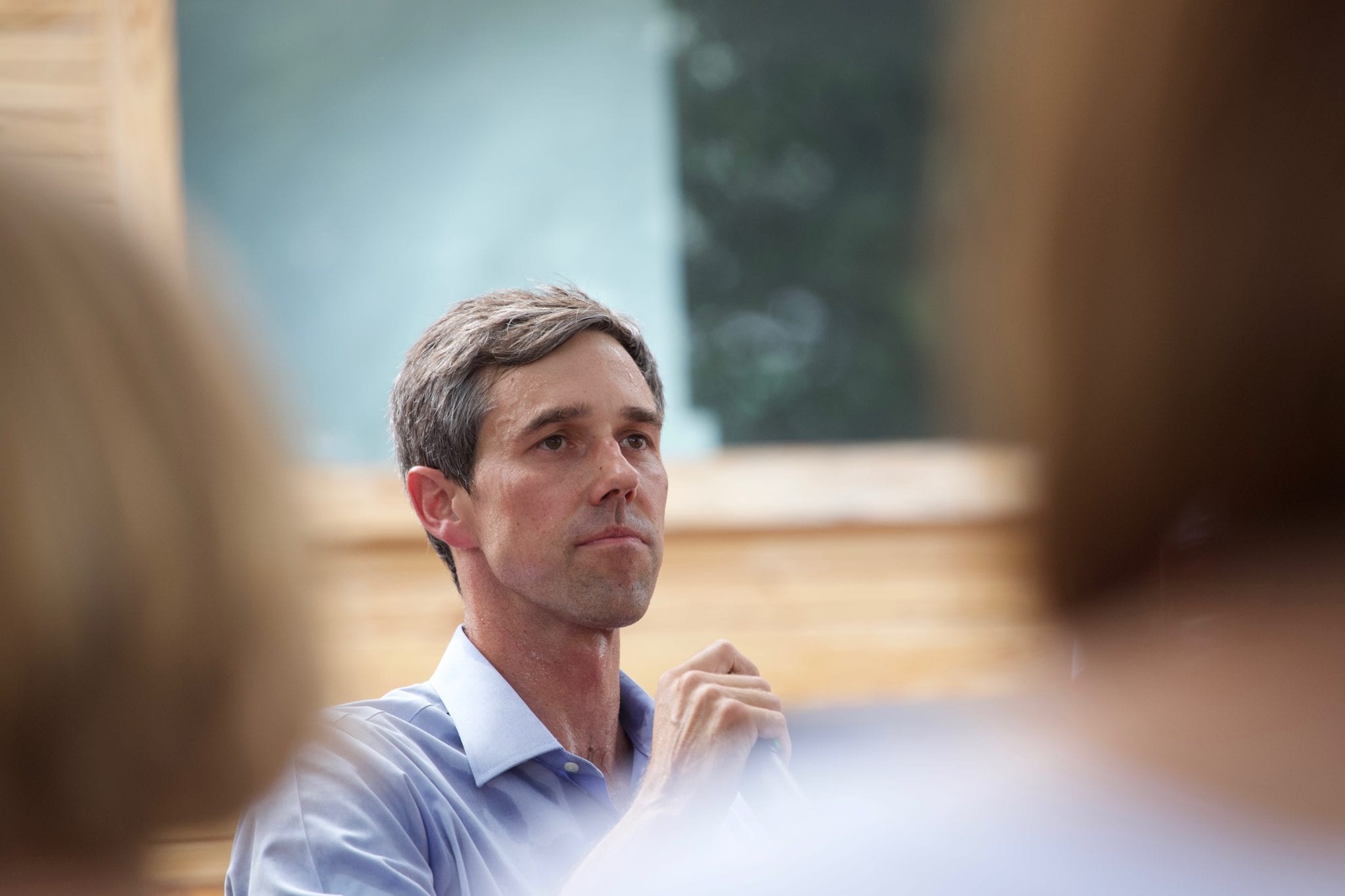 We will soon discover whether claiming a very real slaveholder in your ancestry, a nonexistent Native American passing on high cheekbones in the maternal line, or Neil Kinnock’s forebears as one’s own does the most for one’s presidential aspirations.

Say what you will about Bernie Sanders. At least he never claimed that Eugene Debs was his grandfather.

“Ownership of other human beings conferred advantages not just to Andrew Jasper and Frederick Williams, but to Jasper’s and Williams’ descendants as well,” O’Rourke writes for Medium of his slave-owning ancestors. “They were able to build wealth on the backs and off the sweat of others, wealth that they would then be able to pass down to their children and their children’s children. In some way, and in some form, that advantage would pass through to me and my children.”

Ostensibly for these reasons, O’Rourke supports reparations. But rather than pay them voluntarily, he wants to force every American — including people like myself, whose paternal line did not live in the United States during slavery’s existence and whose maternal line did live here briefly during slavery’s existence, but in the first state to abolish the institution, about 70 years prior to their arrival — to pay them. If O’Rourke believes that he accumulated some portion of his wealth through racial expropriation, he can donate, without a government program ordering him, to a charity benefiting African Americans. But he refrains from showing the courage of his convictions by paying off the debt he believes he owes.

Other polls suggest why O’Rourke seeks to play white Santa Claus to black Americans. In no national poll taken in the last three months do O’Rourke’s numbers rise above 6 percent. RealClearPolitics’ poll of polls shows the former Texas congressman averaging support of 2.5 percent in national polls. His racial pandering comes across as a desperate act from a floundering politician. He seeks to carve a larger nook in the crowded room for himself by appealing to a small percentage of voters on this fringe issue. This niche political strategy makes sense only when dozens of other candidates run. In a one-on-one race, it amounts to political suicide. But it keeps O’Rourke, 2016’s boy wonder who became 2019’s has-been, in the news — and perhaps the debates — in a campaign that revealed him as not ready for the national stage. If live-streaming trips to the dentist, dropping “F” bombs during speeches, and riding a skateboard on a stage don’t work, one can always turn racial demagogue for attention. This is about Beto, not black people.

O’Rourke writes that “there is 10 times the wealth in white America than there is in black America.” But what about the black people living in Africa whose ancestors never endured slavery in America? Is not the wealth of black Americans many times more than theirs? That question, uncomfortable to ask and less comfortable to answer, undermines O’Rourke’s argument. In what other country where black people live in large numbers do people enjoy incomes as high as they do in America, an imperfect nation where opportunities nevertheless abound?

Determining the precise figure owed, the particular Americans who would receive the benefit, and the Americans who would pay seems a preposterous exercise. The morality of putting a price tag on the suffering of ancestors seems base, particularly to many of the would-be recipients. Beyond this, reparations, like so many programs in the past, win support by those claiming to want racial healing but who in truth inflame racial resentments. If another program exists more likely to pick at America’s racial scab in a more destructive manner, no candidate has yet dared to advance it.