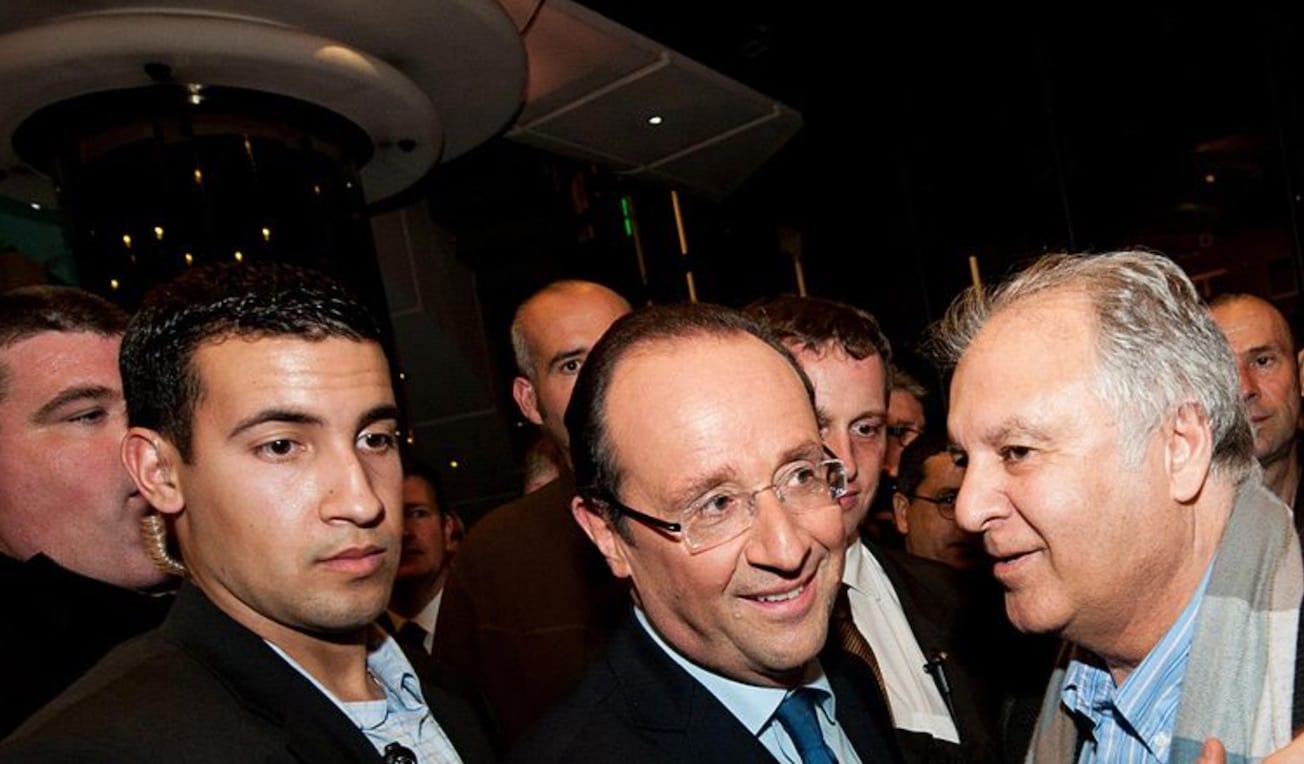 French police searched the domicile of Alexandre Benalla the other day, and the question is whether they found anything to embarrass his former employer, the president of France.

Until a few days ago Mr. Benalla worked under Patrick Strzoda, President Emmanuel Macron’s directeur de cabinet, a high-level job somewhat akin to top secretary, which among other things involves getting the prez to meetings, a task that includes security details. These were assigned to Mr. Benalla, described in the press as belonging to Mr. Macron’s inner circle.

Neither a veteran of the military nor of the police, other than in an auxiliary unit, Mr. Benalla worked in security for the Socialist Party. Its then-leader, François Hollande, as president of the Republic, chose Mr. Macron to lead the finance ministry and tacitly supported his insurgent run for the presidency. The ambitious young ex-banker met the reportedly charming young bodyguard and something happened.

For someone with high-up bipartisan connections, Mr. Benalla did a good job of keeping a low profile, a talent that is respected in the security business, as is his reported enthusiasm for fisticuffs. The latter quality seems to have lost him the first, however, as in a moment of exuberance while acting out his self-image, he overdid it with the roundhouses. His name is now as well known as the president’s, attached to affaire, as in l’affaire Staviski. In France, that’s apotheosis — or damnation.

L’affaire Benalla threatens to make the Mueller task force look like a game of patty cake.

As of the weekend, Mr. Benalla was in police custody facing charges of assault, impersonation of a police officer, and illicit possession of certain materials. In this instance, surveillance tapes paint him in a bad light.

Mr. Benalla’s indiscretion occurred on May Day of this year on the place de la Contrescarpe, a bowery when Ernest Hemingway lived there with his wife Haley but long since gentrified by the chichi left. May Day is traditionally a meeting and marching day on the left, the chichi class in its high-rent spaces and the working class on the grand boulevards of battles past. Crowd control units are usually out in force to keep things courteous.

Disguised as a policeman, with riot helmet and insignia, on the pretext that he was detailed to observe law enforcement procedures, Mr. B. brutally beat up two non-violent demonstrators, one of them a woman. This is shown on a police surveillance tape that was obtained by Le Monde (their N.Y. Times) and published last week.

Noteworthy and thus far unexamined is the matter of why Mr. Benalla, as a student of police work and assigned responsibilities bearing on protecting the elected leader of France, was interested in wine-bar leftists rather than the descendants of the barricades you saw in Les Mis.

However, the assault was reported to the Interior Minister (who is responsible for the police) a day after the event, and the tape, or a copy, was passed to Mr. Benalla by policemen — three of whom have been suspended for what presumably was an act of collegiality. Though to be sure, in a real French affaire, nothing should be presumed.

The disguise, the possession of the tape, and beating people up while impersonating a cop are against the law in France. The Interior Minister, Gérard Collomb, formerly a popular Socialist mayor of Lyon, at first tried to blame the cops for not watching their watcher, but this did not go over well. Police officials were quick to point out that mere uniforms do not argue fine points of law with representatives of the palace.

Mr. Macron, who pledged to render the Republic an example unto the heathen (and to anyone who may have feared the ever-growing arrogance of the governing class), stayed out of the escalating fracas, except to let it be known over the weekend that his bodyguard’s behavior was “unacceptable” and “there can be no impunity.”

Now Mr. Collomb — not to mention his silent boss — is under pressure to explain why a newspaper’s investigation was required to fire an aide who, with all due respect for innocent-until-proven-guilty, may well be a dangerous sociopath. Notwithstanding that the matter was known to Mr. Collomb , and almost surely to the president, almost right away, Mr. Benalla was given a discreet slap on the wrist — two weeks leave without pay followed by assignment to a boondoggle job in the Elysée (presidential headquarters in Paris) afterward.

Had it not been a boondoggle job, he would not have been photographed in the vehicles taking the France kickball team to a celebratory parade, among other non-boondoggles.

It has emerged that Mr. Benalla was known for throwing his weight around in police circles, and took advantage of the police’s traditional reluctance to question presidential authority, even delegated. This of course raised the question of the kinds of people Mr. Macron has chosen for what they call his proches, or confidantes.

Questions of why the matter was covered up for two and a half months will persist, as will rhetorical questions regarding respect for equality under the law, even though it is understood that every president in memory, except Charles de Gaulle, used policemen or ex-toughs for personal as well as political purposes.

Mr. Macron came to office as a Mr. Clean, vowing transparency and straight-shooting. He ran against a political establishment widely viewed as corrupt and self-serving. As the candidate of the expressly formed “Marching France” party, Mr. Macron trounced the parliamentary right and left and outpolled the dissident lefts and rights, then gained a working majority in the National Assembly.

The presidential silence may be broken any day, but it is likely that the damage is already done. Why would the president of the Republic harbor an impersonator in his own inner circle? Could this say something about his own character? If the investigators found pantyhose or lace underwear in Mr. Benalla’s apartment, it will definitely look bad. Pictures of children unrelated to him will look even worse.

Unattractive rumors of Mr. Macron’s private life will surface, unfairly perhaps but cruelly. Mr. Benalla, sitting in a jail last week, had to postpone his wedding date; inevitably people will wonder whether this wedding was for real or was a bearded one. And that, too, will raise the nasty rumors about the presidential couple that subsided after Mr. Macron took office.

Here, of course, we must stop. It is the proper role of the press, as it is of police detectives, to speculate, even wildly, in the initial stages of an investigation, in order to lay out possibilities, however unthinkable. But as between asking why unpleasant questions are not asked and laying down imaginary possibilities without evidence, that would be, as Mr. Nixon used to say, wrong.