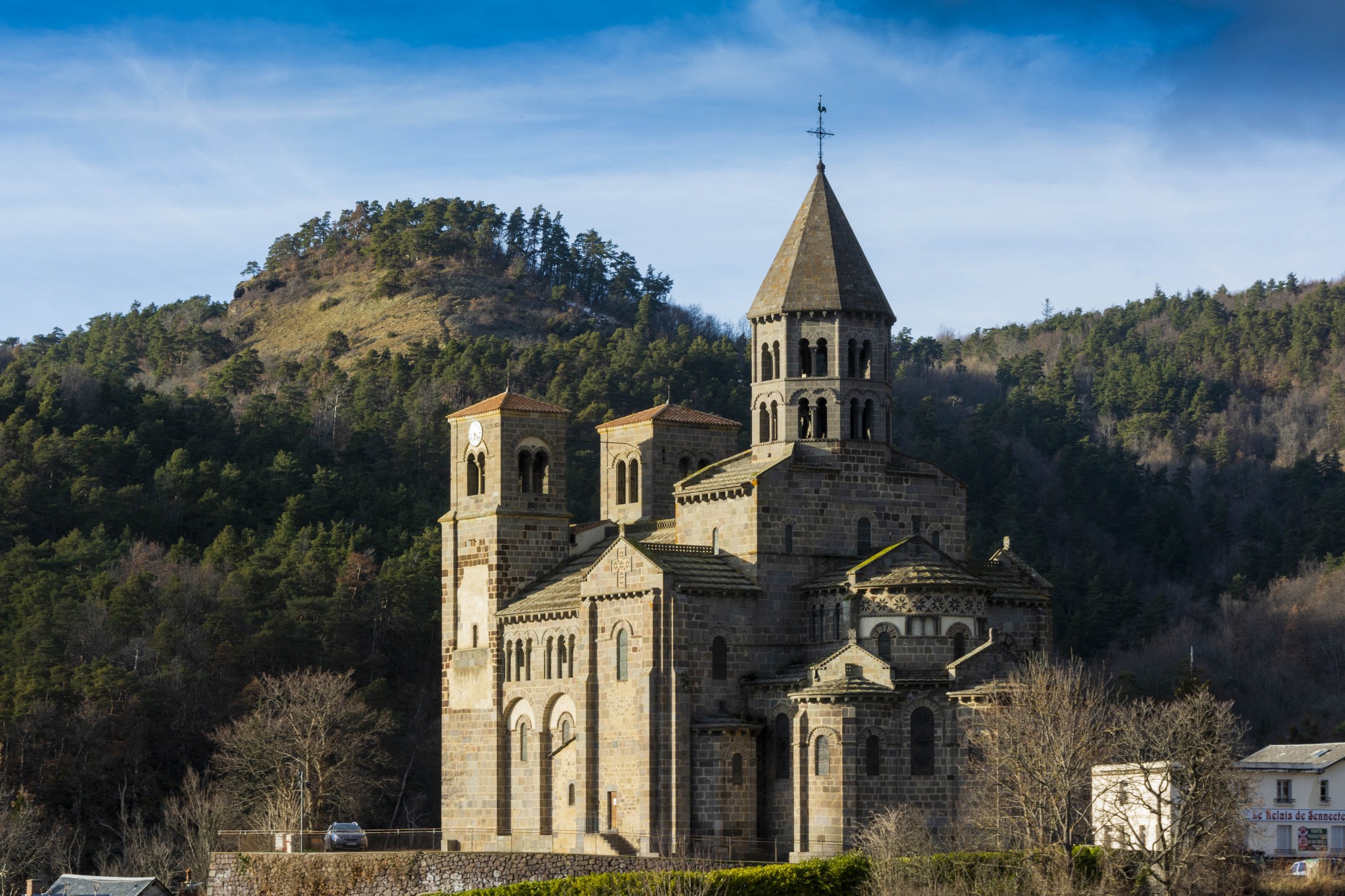 The pure reactionary is not a dreamer of abolished pasts,
but a hunter of sacred shades in the eternal hills.

With the proscenium curtain risen, and the incandescent mantle shedding its subdued glow, our eyes gradually adapt themselves to the dim light pervading the theater of history. The scene that appears before us is the prelude to a profound tragedy, set in the dying months of 1909, and in the rural commune of Grisy-Suisnes, a picturesque village that lies nestled between the meandering Yerres River and the thickset Forêt de Coubert in France’s Seine-et-Marne department. Grisy-Suisne’s humble inhabitants, called Grisysoliens, are known to the outside world, to the extent  that they are known at all, as unrivaled rosiéristes, virtuosos with their grafting-knives and mattocks. Their unique cultivars of Rosa multiflora, Rosa setigera, Rosa alpina, and Rosa sempervirens are celebrated far and wide, and dispatched daily by rail to the bustling Parisian flower market at Les Halles. The village becomes a veritable hive of activity during the compact growing season lasting from May to July, but the stolid, horticulturally minded Grisysoliens are not typically given to histrionics, and their serene rural municipality seems an unlikely place for high drama and blazing pyrotechnics. Indeed these villagers will mainly serve as extras in the morality play unfolding before our gaze, preoccupied as they are with their gardens, greenswards, and rosariums, while the outside world’s attention unexpectedly turns, for one brief historical moment, to the figurative theater of their obscure town.

Just now, stepping onto the forestage and into the limelight, comes one of our protagonists, Father Auvray, curé of the village of Grisy-Suisnes. He is soon joined by one of our villains, a member of the local garde champêtre in charge of code enforcement. The officer is here to discuss the parlous state of the church of Saint-Médard, a tête-à-tête the priest has long been dreading. Built in the 12th century, Saint-Médard is the quintessence of austere Romanesque architecture, with its smooth ashlar masonry, steeply pitched roof, diminutive stained-glass windows, and sturdy, unadorned exterior buttresses. The interior of the church, however, is anything but spartan, featuring a hand-carved harmonium, an ornate wooden confessional, and an abundance of paintings and statues, including representations of the Virgin Mary and the eponymous Médard, or Medardus, patron saint of toothaches, invariably depicted with his guffawing mouth thrown wide open. Churches like Saint-Médard, according to the Gothic Revival architect Eugène Emmanuel Viollet-le-Duc, are the products of a more civilized time, when “the villager might be as proud of his church, or the simple knight of his manor house, as the citizen of his cathedral or the sovereign of his palace.” For century after century, the church of Saint-Médard has served as the focal point of the spiritual, social, and aesthetic life of Grisy-Suisnes, but as the constable of the garde champêtre makes his way towards Father Auvray’s residence, both our protagonist and his antagonist are aware that the ancient building’s days are numbered.

Six months earlier, Saint-Médard’s roof had partially collapsed, sending timber trusses and tiles cascading into the choir and nave. A local architect estimated that the repairs would cost the considerable sum of 48,000 francs, roughly €620,000 today (based on the franc germinal then being backed by 290 milligrams of gold). Father Auvray’s herculean fundraising efforts managed to net some 25,000 francs, but it was not enough. Under Title III of the 1905 French Law on the Separation of the Churches and State, which established state secularism throughout the republic, all religious buildings in France, be they cathedrals, churches, chapels, seminaries, temples, or synagogues, were the outright property of the state. Lay confessional associations were charged with the upkeep of these buildings — long-established canonical rules notwithstanding — but municipalities were free to intervene or interfere at will. Henri Joseph Edouard Triboulet, mayor of Grisy-Suisnes, was thus within his rights to demand that the parish repair the facilities immediately, and when Father Auvray’s capital campaign fell short, Triboulet was equally within his rights to seize the property. And so we arrive at that pivotal moment when the officer of the garde champêtre presents himself at the threshold of Father Auvray’s presbytery, and demands from him the keys to the medieval church of Saint-Médard. Monsieur l’abbé reluctantly complies, his fingers tremulous with emotion. In return the curé is given a decree promulgated by the mayor, declaring the church to be officially “disused” (désaffectée).

Victor Hugo, in Notre-Dame de Paris, warned of how medieval architecture is vulnerable to the inexorable “work of time,” and also to the cruel “acts of violence, the brutalities, bruises and fractures, the work of revolutions, from Luther to Mirabeau.” Wounded by the ravages of centuries, the church of Saint-Médard would be finished off by the prejudices of cultural revolutionaries, those intolerant, sectarian heirs of Mirabeau, Robespierre, and Anacharsis Cloots. The coup de grâce comes quickly. Within days of the showdown between Father Auvray and the policeman, posters are plastered up and down the streets of Grisy-Suisnes, bearing the signatures of Mayor Triboulet and his underling Monsieur Paillard, Bailiff, and advertising the coming public auction of the church’s “effects and objects of worship.” Max Beerbohm would lament the “future great vistas of more and more commercialism, more machinery, more standardisation, more nullity,” and it seems appropriate that Saint-Médard is meeting its end amidst the clangor and racket of auctioneers and bidders, as insatiate members of the petty gentry and mushroom bourgeoisie vie for ecclesiastical artifacts to show off, repurpose, or melt down, wholly indifferent to, and complicit in, the growing spiritual nullity closing in around them.

Some 50 citoyens have arrived at the auction, a relatively modest crowd in this town of several thousand. The sell-off is taking place in the decommissioned, tumbledown church, and M. Henry Carbonelle, an inquisitive journalist from the publication La Liberté, is there to monitor the proceedings. Imagine his surprise when he encounters something of a bacchanal in progress, with unruly young men parading about, dressed in discarded choir boy outfits, drinking and belting out “obscene choruses.” Monsieur Paillard and his clerk are standing at what was once the Altar of the Living God, calling out for the highest bids. One must admit that there are excellent deals to be had under Paillard’s hammer. The winning tender for the oft-used confessional is a modest 19 francs, and a headless, armless medieval statue of the Virgin Mary goes for 401 francs; a more recent sculpture of Saint Joseph fetches a mere 1 franc 50 centimes. An antique chair costs 40 sous, while the church harmonium is somehow won with a bid of only 115 francs. On the other hand, the bronze church bell, weighing in excess of 500 kilos, garners a higher than expected price — 800 francs, but its valuable raw metal will no doubt be put to good use. Eventually, Carbonelle reports, “nightfall comes to the church, which now looks like a second-hand dealer’s store, and we have to stop.”

With the physical assets of the church liquidated, the planned demolition can proceed. Clair Guyot of L’Écho de Paris is there to document the workers’ progress. “When I arrived,” Guyot later writes, “the walls were already razed and the stones piled up in regular heaps around the old nave. Men, using huge levers, struggled to dislodge the foundations of a buttress. After repeated efforts the stones finally began to break up, and the team raised a cry of victory. ‘Ah! old man,’ said one of the workers, ‘it’s still there. You’ve got to admit they built things well back then.’ ‘Of course,’ added another, ‘they never thought anyone would dare demolish their church. If they could only see what’s left of it today!’” As the nave is reduced to ruins, the crew stumbles across the skeletal remains of some of their ancestors. Guyot, his gorge rising, can only look on as the hirelings dropping their tools, grabbed with their bare hands the remains of those who had once been placed in the church. First a skull was brought out which, pierced with a spike, was hurled away. Then they dug up an iliac bone and a huge thighbone. “This one,” said a worker, “he was strong . . . Ah! old man, that priest never thought we’d come and get these things out of here…Wait a minute, we’re going to make him dance a rigadoon.” So, holding the iliac bone between his knees, he adjusted the thighbone to it, and moved the bones in rhythm while whistling. The others laughed. I had had enough, and fled.

Normally in France the criminal violation of the sanctity of mortal remains carries a lengthy prison sentence, but here in the ransacked ossuary there will be no consequences for such brazen impiety. As Guyot scurries away from the ruins of Saint-Médard and the profane danse macabre taking place within its desecrated crypt, it seems appropriate to bring the curtain down on this tragical farce, at least for as long as it takes for the stagehands to rearrange the scenery for the next act.

Matthew Omolesky
Follow Their Stories:
View More
Matthew Omolesky is a human rights lawyer and a researcher in the fields of cultural heritage preservation and law and anthropology. A Fellow of the Royal Anthropological Institute, he has been contributing to The American Spectator since 2006, as well as to publications including Quadrant, Lehrhaus, Europe2020, the European Journal of Archaeology, and Democratiya.
Most Popular
1
Biden Watch
Joe Biden Versus We the People
by Josh Hammer